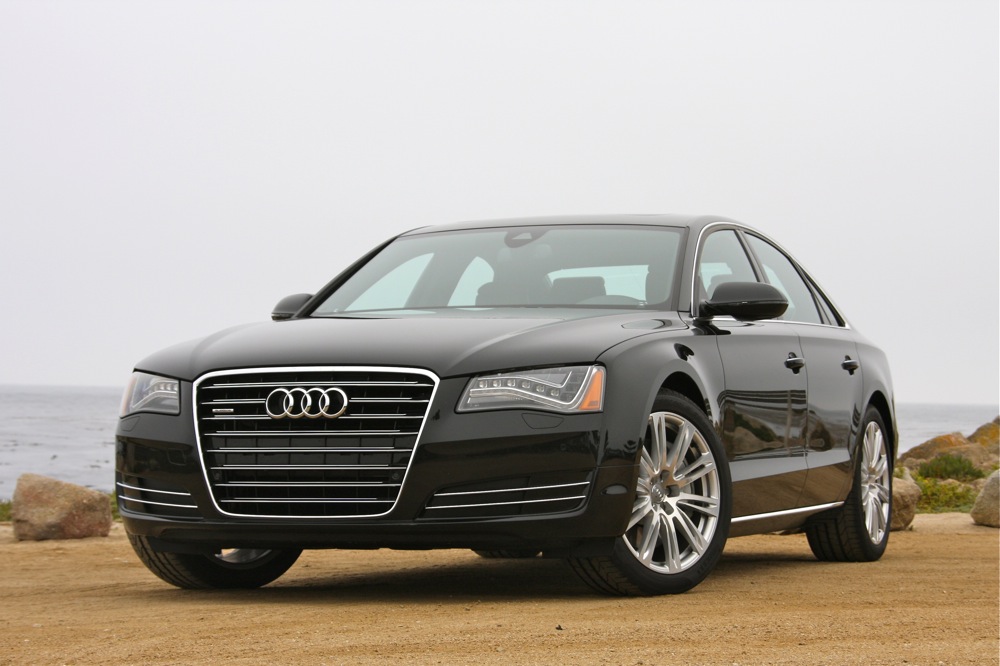 The upcoming 2013 generation of Audi A8 and Q7 are set to get engine upgrades which are lighter, mightier and efficient than the existing ones. The A8‘s current naturally aspirated 4.2-Litre V8 will be replaced by a Twin-Turbocharged 4.0-Litre V8 which is already present in S6 and S7. This engine produces 420 HP of power and 550 Nm of torque. However, the company will continue to offer the 6.3-Litre W12 in the A8 as well as the 3.0-Litre supercharged V6 that was also added for the 2013 model year. The entire line-up of the A8 is offered with a 8-Speed Automatic Transmission and Quattro All-Wheel Drive.