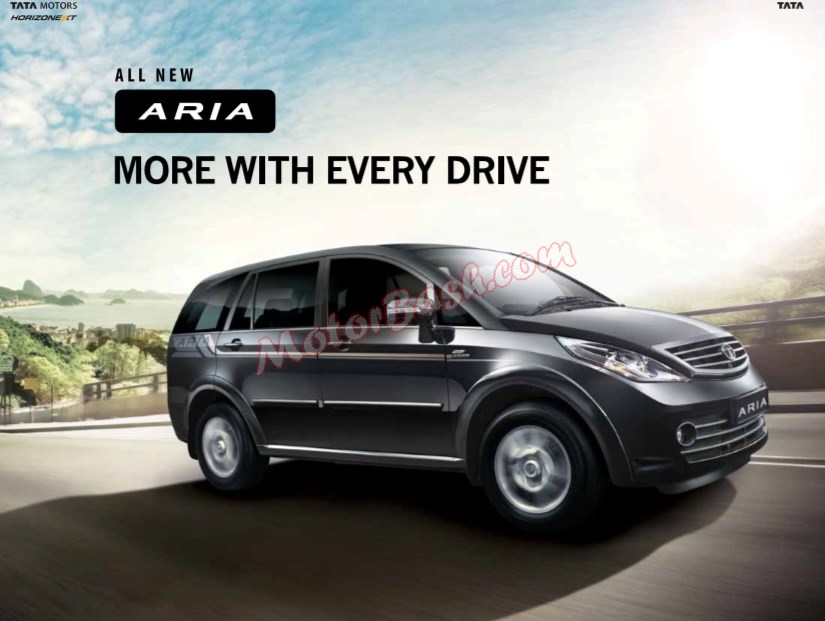 In a latest update, we have received the exclusive details of the upcoming 2014 Tata Aria which will be launched in India very shortly. No, it is not the exact replica of what international Aria is but it still carries a lot of betterments, the prime-most being a more powerful engine.

The new updated 2014 Aria gets the same 2.2L diesel engine but in the VARICOR form (earlier Aria gets a DICOR motor) in an improved state of tune. On the new Aria, it produces 150PS of power output but the same 320Nm of torque. So, though the 2014 Aria gets a 10PS bump in power, this is not the international tune where Aria produces a very impressive 400Nm of torque. The retuning has also helped Tata achieve a higher 15.05kmpl of ARAI rated fuel efficiency which was 13.5kmpl in the earlier variant. 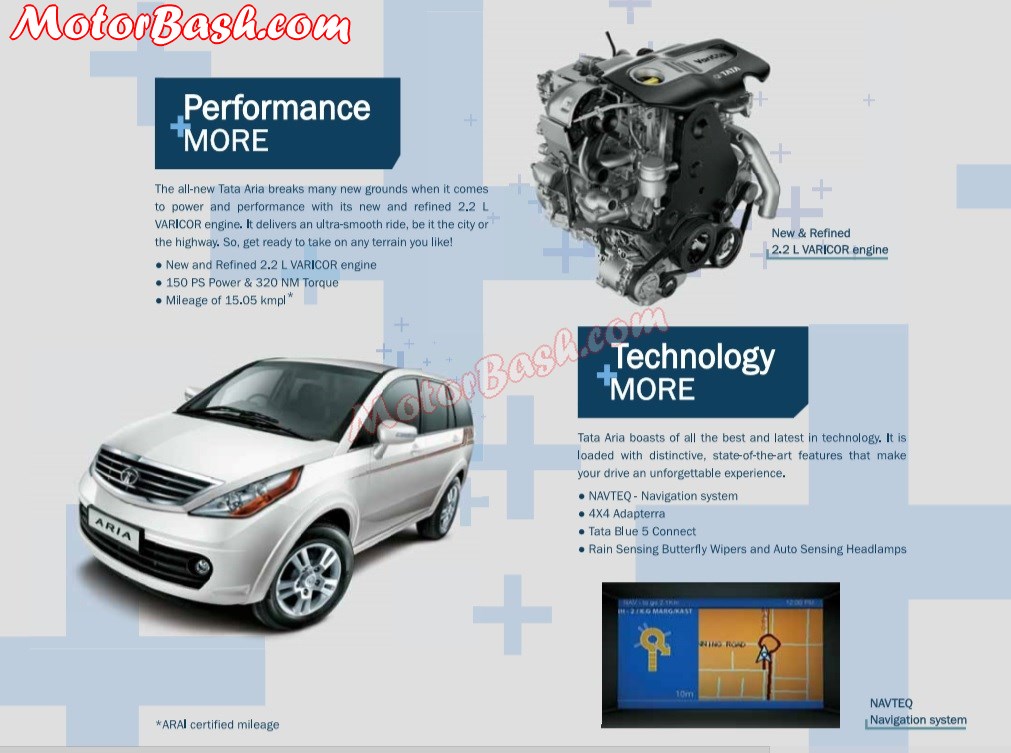 The new Aria also gets dual parabola projector headlamps along with premium Harmon music system which has been tailor-made to suit Aria’s interiors. Apart from this the 2014 Aria gets clear-lens side blinkers and we also see usage of new graphics from the brochure we have attached. 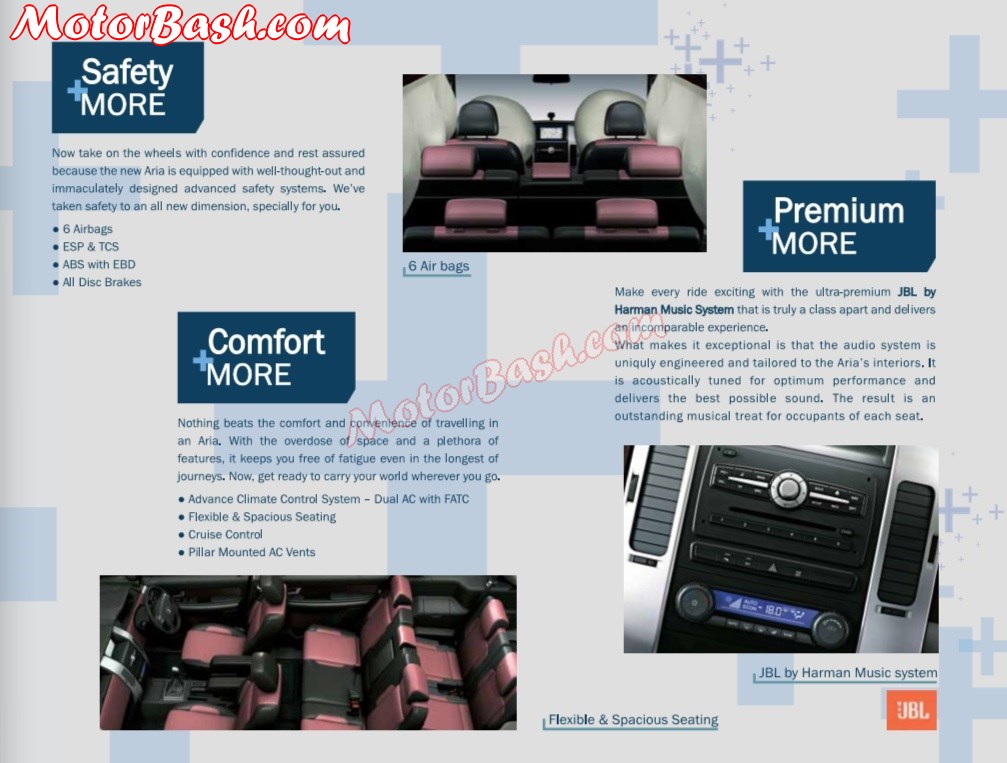 Tata has also worked on the interiors of the car and the quality will is expected to be better than the outgoing model. Apart from this, according to our sources we have learnt that there is also a minor increase in the leg space as well as the plastic/fibre quality used.

In the new iteration, Tata has discontinued the maroon colour in the Aria and it will be available only in three colour options:

Though the actual prices are not known to us right now, Tata is expected to place it right under the Innova. According to one our our source, prices may start from Rs 10.15 Lakhs for the entry level variant and the top of the line Aria may just end up being a match to Innova’s price.

The launch is about to take place within a month or so.

Attached here is the brochure of upcoming Tata Aria which reveals all the variants and variantwise features of the crossover.

Yes, like you, we have also noted the discrepancies in the soft brochure attached here. Here are the gaffes from the communication department:

With this exclusive busting we have revealed that the Tata Aria has not disappeared and it will be launched in our country, very soon. However, we are still awaiting any confirmation on the speculated (and caught) Aria AT.