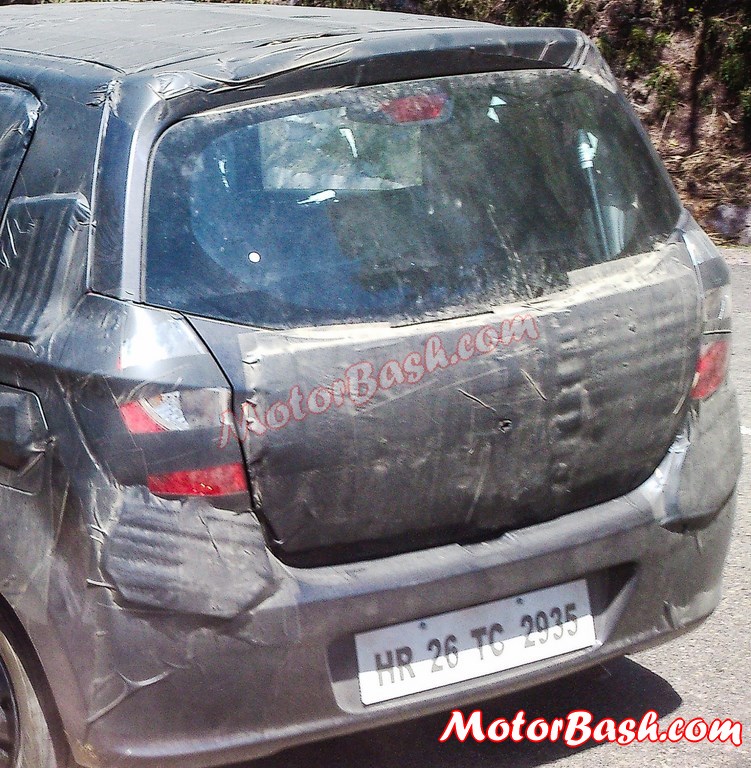 We revealed a scooping bit yesterday when we shared the first ever spyshots of the upcoming Alto K10 facelift. In a build-up to the same story, let us, today, take a look at how does it look from the rear in new spyshots.

Yes, there are no prizes for guessing! While the front of the car borrows cues from the Celerio, the profile and rear are very similar to the smaller Alto 800. This clears that Maruti intends to keep the family ‘alto’ look which was the case prior to the birth of Alto 800 as well.

So, in a essence, both the Alto siblings – K10 and 800 will house the same shell and a very similar profile, with the Alto K10 managing to look better than the ugly Alto 800 (based on the understanding from these spyshots).

There is no point in talking about the changes with respect to the current Alto K10, but let us list a few differences against the Alto 800 which is the basis of the new model. 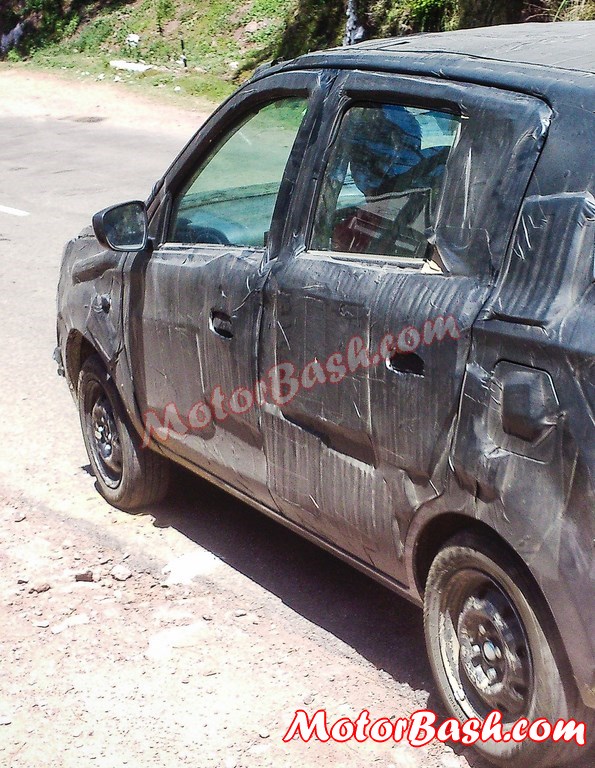 If we try to zoom in and sneak inside (of whatever is visible), we can notice the rounded left side AC vent with silver surrounds, pretty much similar to the Alto 800. These are square in shape and bare basic on the current Alto K10. Apart from that, our spy who snapped these pics share that power window controls are placed next to the gear lever.

This 2014 Alto K10 Facelift mule was spotted near Solan in Himachal Pradesh and it is clearly evident that Maruti is testing the car on hilly terrains. A clear indication that the car has gone through some mechanical (engine-related) changes. Our spy, who was on his bike, said that these cars were were quick on the hills and it took him some effort to catch them up. 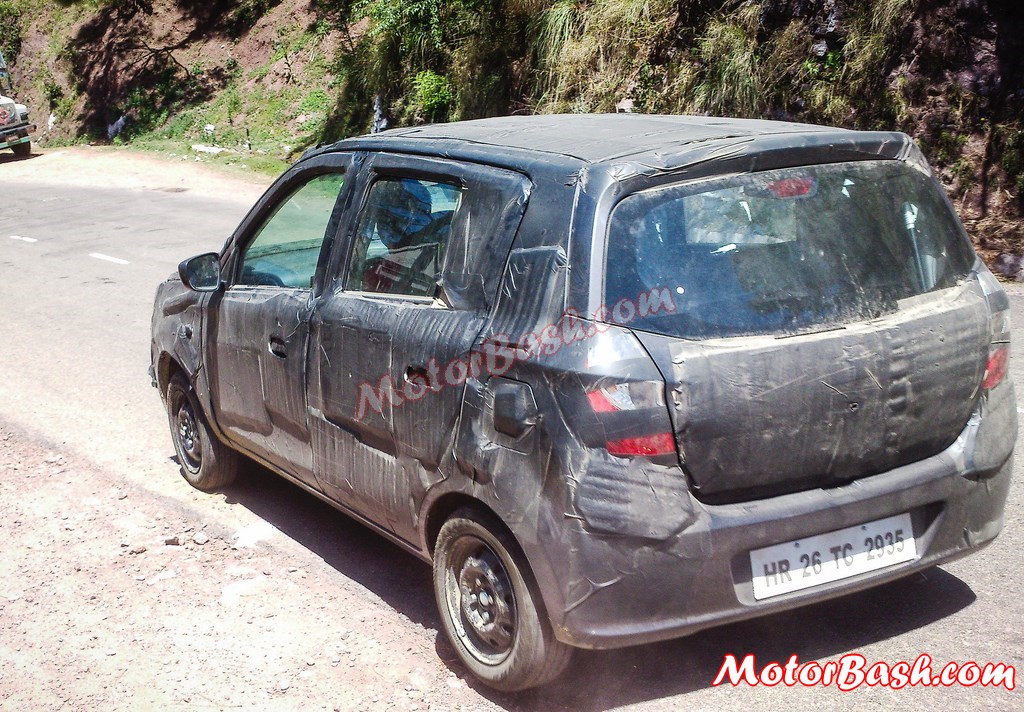 As we said last time, the Alto K10 facelift is scheduled for a launch sometime towards the festive season and though it was not seen here, there is a big possibility of Maruti introducing the AMT (automated manual transmission) from Celerio in turn making it the cheapest automatic car in the country, till the Nano F-Tronic makes way. We are trying to dig deeper, keep tuned to MotorBash!

Earn Quick Cash by Sharing Spyshots with us. All Details HERE..!