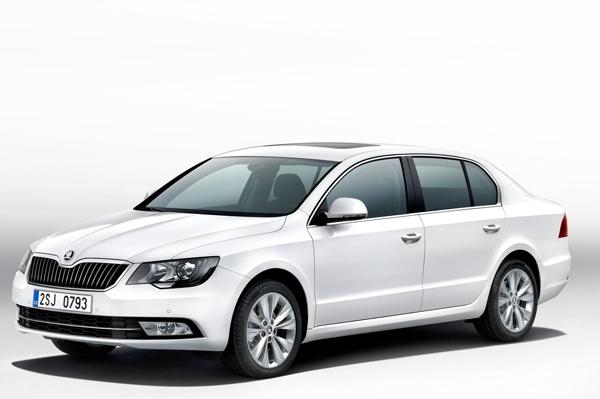 Skoda, a Volkswagen group company, launched the Superb in India in 2004 with a mid-life kick in 2009. Its recent facelift was launched internationally earlier this year and the first hints of its entry into India started arriving in July 2013 through spyshots.

And now we have some concrete info slowing in regarding its Indian launch date. The new top of the shelf 2014 Superb is expected to feature bi-xenon headlights and integrated LED daytime running lights. The facelift also boasts an all new rear end with new brake light cluster and bumpers. Skoda might even introduce new colour schemes for this car. Superb has always been a good-looking car and its new avatar does make it look a lot sharper than the current car.

The makeover would not be limited to the looks alone and Skoda could include, in this already well stocked up saloon, a new four-spoke steering wheel, electronically adjustable front seats and reverse parking sensor.

The 1.8-litre TSI and 3.6L V6 petrol engines and 2.0-litre TDI diesel motor have been doing quite well for Superb and it seems unlikely that Skoda will choose to dabble too much with these proven motors.

Facelifted Superb has been spotted testing in India many a times and according to a Tweet from Rohin Nagrani, Senior Editor at BS Motoring, it will be launched in India in January 2014, possibly towards the end of the month. It is interesting that Skoda has decided not to wait for the Auto Expo which is during the early part of February in Noida.

Earlier this year, Skoda had showcased the facelifted Yeti during the Frankfurt Motor Show with its all-new grille and new Skoda badge, restyled head and fog-lamps and bumper. The new looks on Yeti did receive a favourable nod from the majority and sundry.