So, it appears that Ford has had enough! The New Fiesta that was launched (at an ambitious price) just failed miserably to make any impact whatsoever!

Now Autocar India reports that Ford Motors is planning to introduce the Fiesta facelift early next year. The planned updated Fiesta for India will be based on the European model. It will feature changes to the styling cues, but under the bonnet it will remain the same. 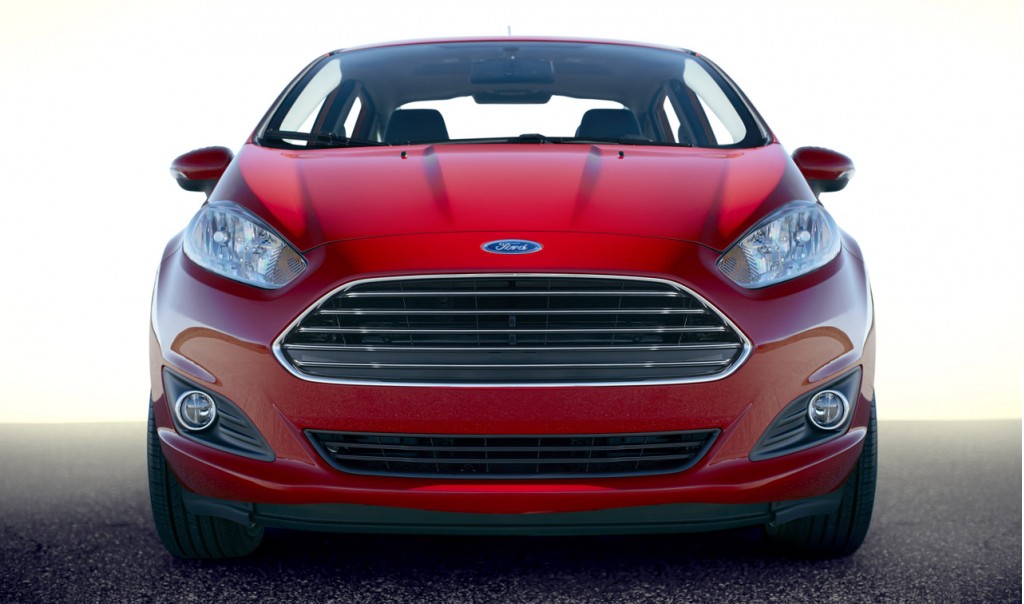 Styling changes in the Fiesta lineup have been path-breaking since the last two generations. The Fiesta Classic was what one would refer to as subdued. The current Fiesta is quite different and the 2014 model is radical, to say the least.

There are implicit references to the design language of Ford’s Kinetic Design theme. The picture above shows that the 2014 Fiesta will possess some angled cuts and sharp slashes like the headlamp, yet the general theme will consist of graceful and flowing lines.

The 2014 Fiesta could possess retweaked bumpers with newer fog lamps at the front. To project muscle and brawn, there’s a humongous engine grille reminiscent of Aston Martins. Or isn’t it something more closer to the Ford EcoSport?

However, there are whispers that nothing would be changed under the hood. Hence, it is rather disappointing that Ford’s famed 1.0 Litre EcoBoost engine would not make its way to under the hood of the 2014 Ford Fiesta as we have been expecting. Powering the 2014 Fiesta will be the 1.5 Litre petrol engine that churns out 110hp and 140Nm of torque, as well as another 1.5 Litre diesel engine that will produce 92PS and 204Nm of torque.

Ford launched the current Fiesta at a higher-than-deserving price tag during launch which had ‘failure’ written all over it. Now, despite all the pricing corrections and slashes Fiesta just doesn’t sell!

Learning from their mistake, the 2014 Fiesta is expected to possess massive localization to ensure a competitive price. Autocar goes on to predict that the entry petrol variant could come as low as Rs 6.99 lakhs. Ford has had a ball of a time when they priced the latest EcoSport at really luring entry tag of Rs 5.69 Lakhs along with a significant learning.

And then there will be the obvious parts sharing (apart from the engines that are already being shared) that will take place between the mostly localized EcoSport and the 2014 Fiesta. All this leads us to believe the possible price tag what Autocar is predicting…

Interestingly, Fiat has also started testing their 2014 Linea facelift (which will debut the 1.6L MJD in India) that will hit our markets towards the initial few months of next year. Along with the Next-Gen City and these two new cars, are we heading for a major fistfight in the higher C segment?

Let the battle begin then!