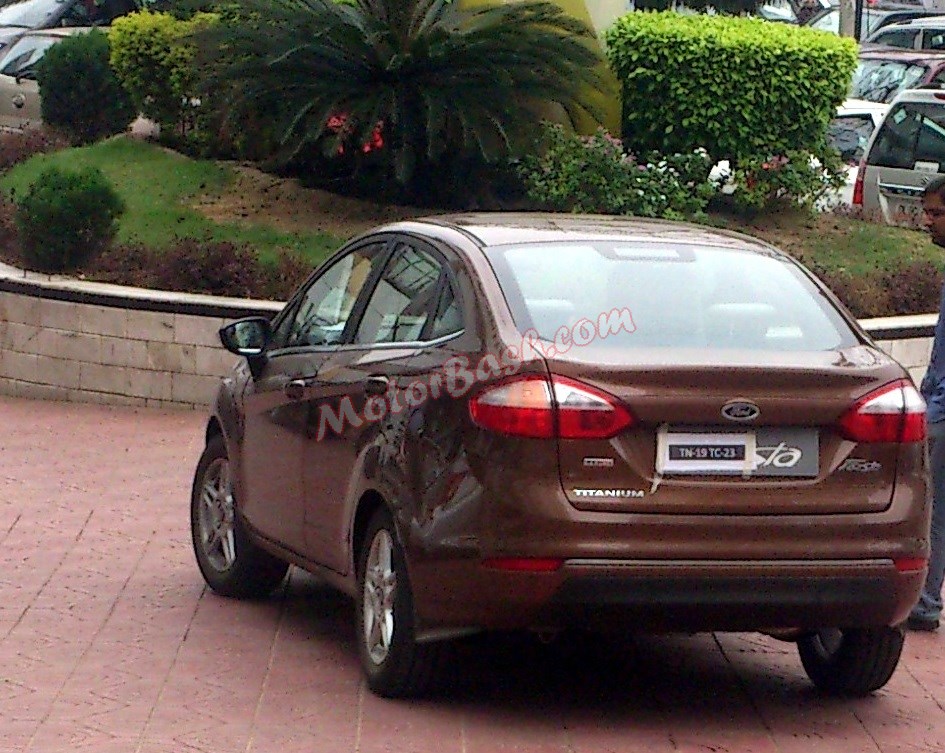 We bring to you some interesting spyshots of the 2014 Ford Fiesta facelift coming in from Gurgaon. A big thanks to our reader Anuj Kanojia for sharing these with us. 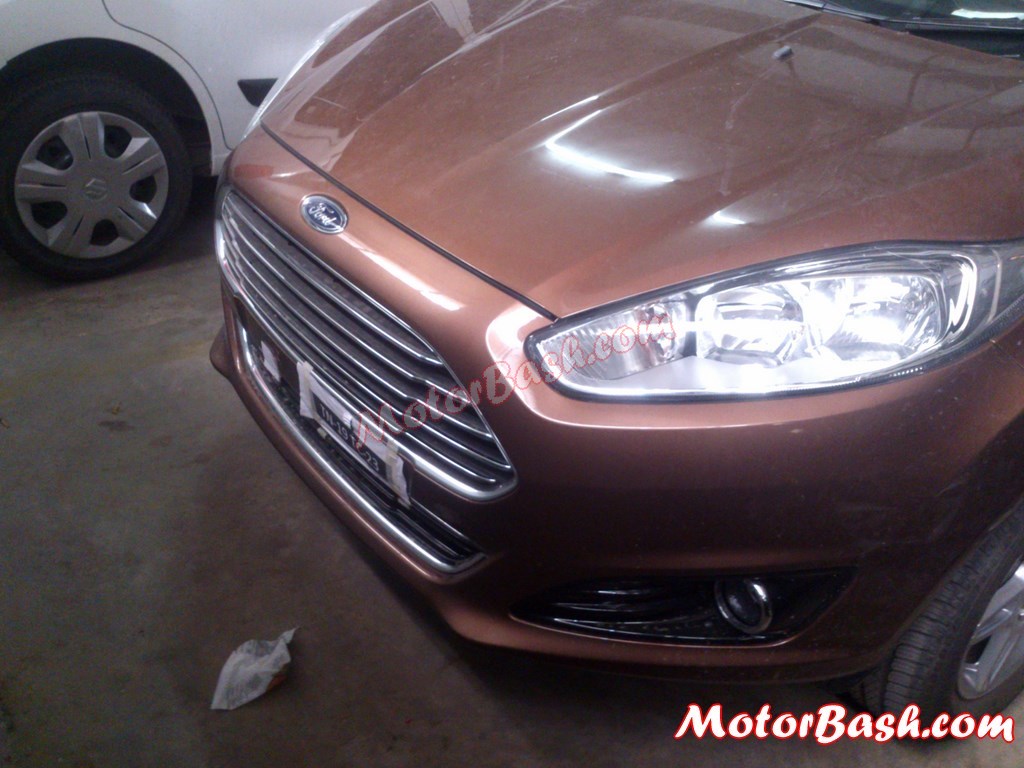 No, this is NOT a test mule! Our reader spotted this car at the parking lot of a renowned advertisement firm based in Udyog Vihar, Gurgaon. This clearly reveals that Ford is preparing the ad shoots, TVCs and/or other promotional materials and strategies for the car, revealing that the new Fiesta is whiskers away from an official launch.

Nevertheless, the spy photos clearly show the slanted feline eyes (Rather headlamps!) and the big, Aston Martin-esque engine grille lend the new Fiesta a different sort of character. You can also notice that the spied vehicle was draped in the same “Copper Pulse” paint scheme that adorned the Auto Expo display vehicle as well. Clearly, this will be new Fiesta’s promotional colour.

Since this particular car was to be photo/video shot, this has to be the top of the line variant and it is, going by the TITANIUM badging at the rear. Apart from the trim, this is the diesel Fiesta as the TDCI badge at the rear signifies which means we still do not have any concrete hint about the petrol engine. There is a stylish 3-D badging for Fiesta below the other tail-lamp cluster.

Though the new Fiesta facelift is speculated to, unfortunately, continue with the same 1.5L Ti-VCT motor, in an earlier spotting we have tried to analyse if there is/could be the possibility of the 1.0L EcoBoost motor. Check it out here

The pint-sized 1.0 Litre turbocharged petrol engine was introduced on the Ford EcoSport. Using some nifty technology, it hurtles out an impressive stat-sheet of 125 PS of peak power and 170 Nm of peak torque. This engine was/is definitely very badly anticipated on the 2014 Ford Fiesta facelift, and will increase the appeal of the product. 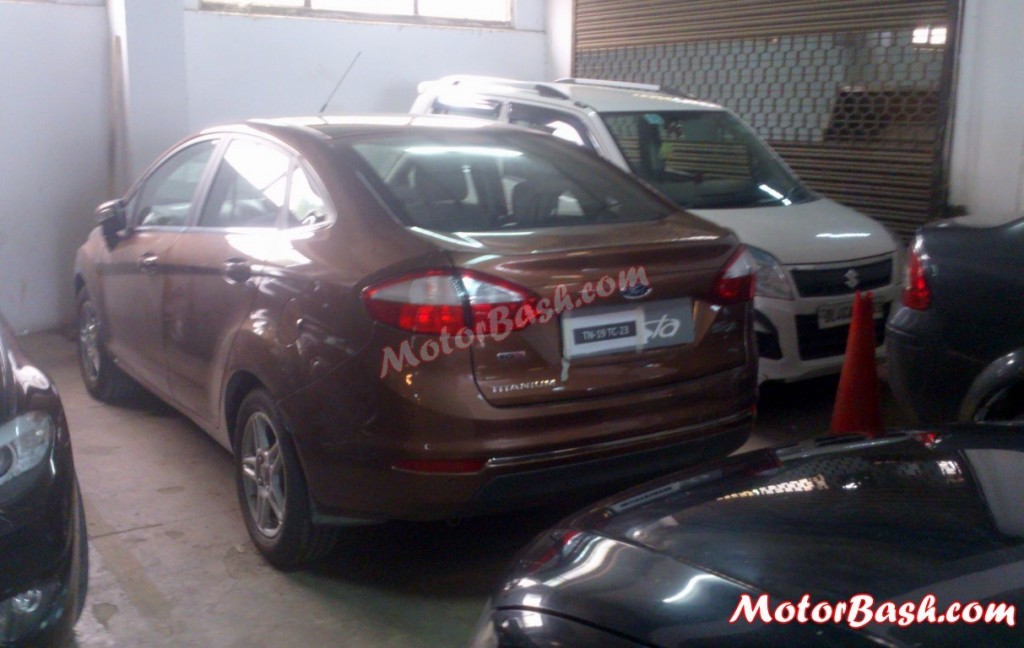 Despite being a very competitive product, the older Fiesta never really troubled the competition due to its unreasonable pricing levels initially. In fact, Fiesta still carries an albatross around its neck in the form of a negative image of a high priced car, despite the numerous price corrections Ford India has issued.

In this backdrop, we do hope that Ford does an EcoSport in their Premium C-Segment by pricing the 2014 Fiesta facelift at around 7 lakhs as has also been rumoured! And yes the launch is just around the corner, probably in a matter of a few weeks!

4 thoughts on “SPIED: 2014 Fiesta Facelift Spotted at an Ad Agency in Gurgaon, Whiskers Away From Launch!”