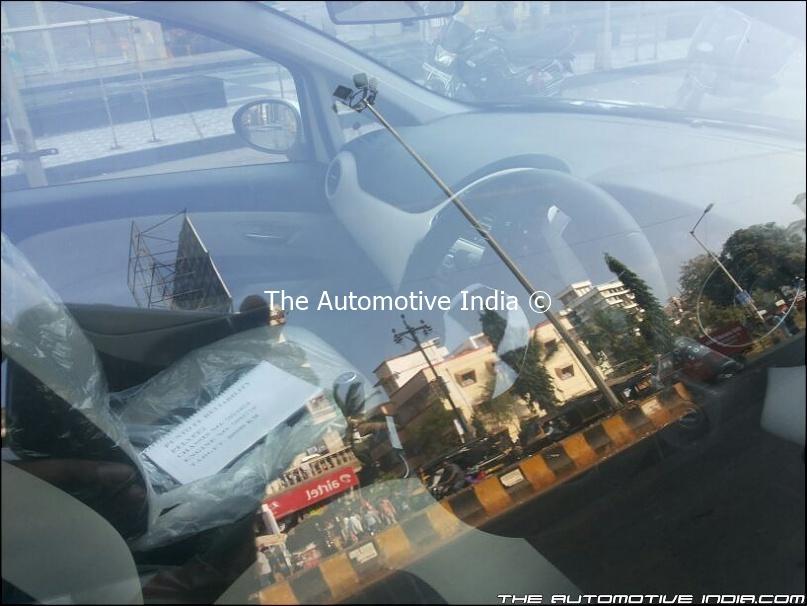 It is just a week ago that we had the first spyshots of Punto facelift that appeared onto the web. There were three Puntos undergoing road tests somewhere around Pune, followed by another set which revealed the car in better detail.

In a latest update, another Punto mule has been snapped again at some place in Pune. Since the vehicle was standing still, the photographer, a member of theautomotiveindia.com, managed to click some images of the interior of this new Punto busting a lot of new details. The same publication avers that this particular model of Punto is being called “Evo”.

The interiors show a two-tone colour scheme on the dashboard and appears to be very similar to the one which Linea facelift gets in India. The new Punto facelift uses new fabrics on the seats and overall interiors are comprehensively revamped.

This particular mule is riding on bigger 15-inch aluminium alloys which look trendy and going by the kit on offer this appears to be a higher variant. 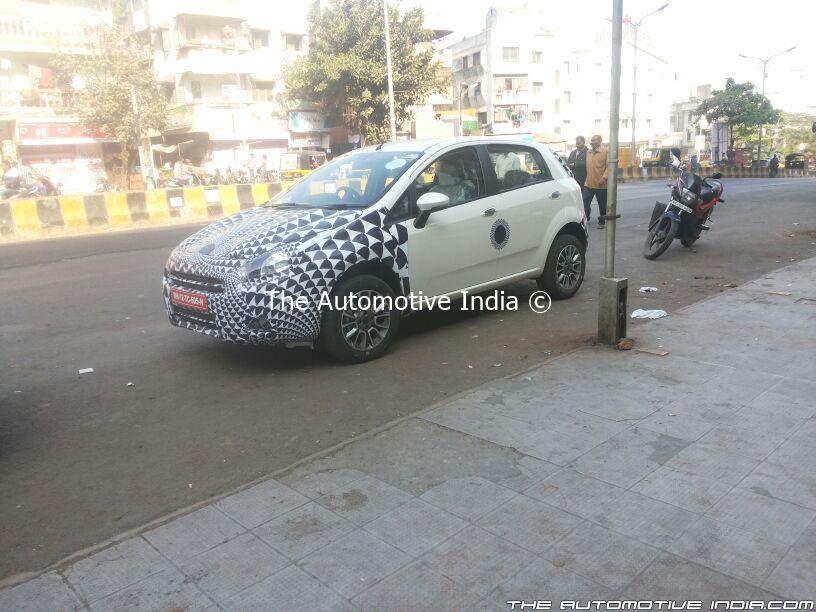 The 2014 Punto facelift also carries over the current set up of discs up front and drum brakes at the rear. The front and the rear of the car is hidden with camouflage and carries subtle noticeable changes to the bumpers, grille and the overall face. 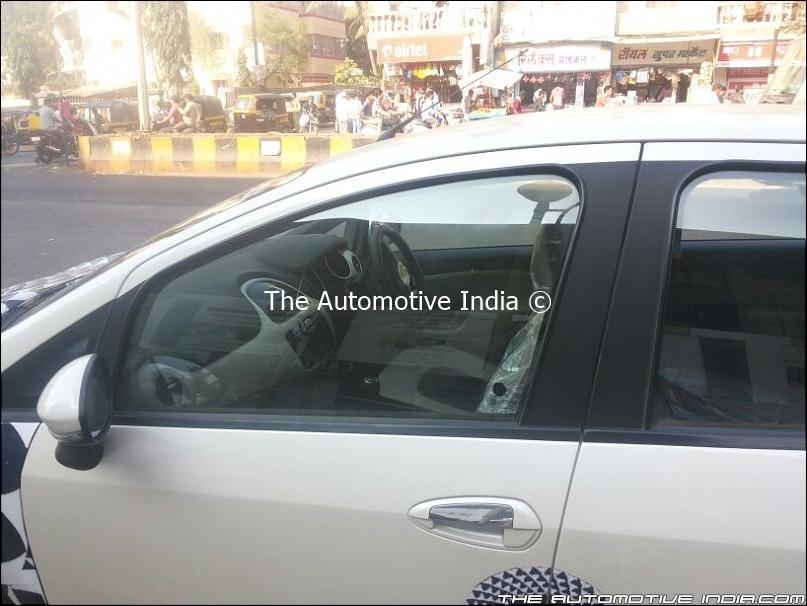 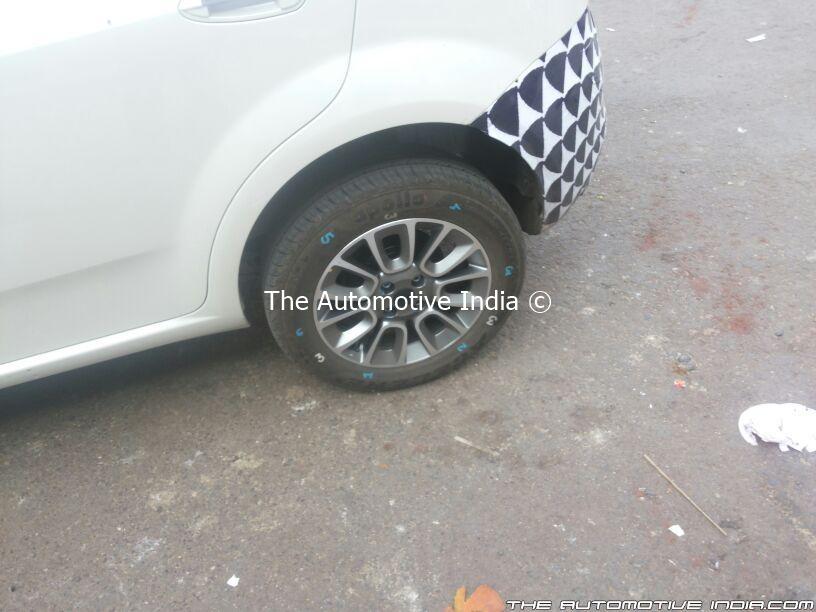 Against the earlier announcement, we expect Fiat to launch the Punto facelift in India towards the middle of this year with the same set of 1.2L & 1.4L petrol and 1.3L diesel engines.