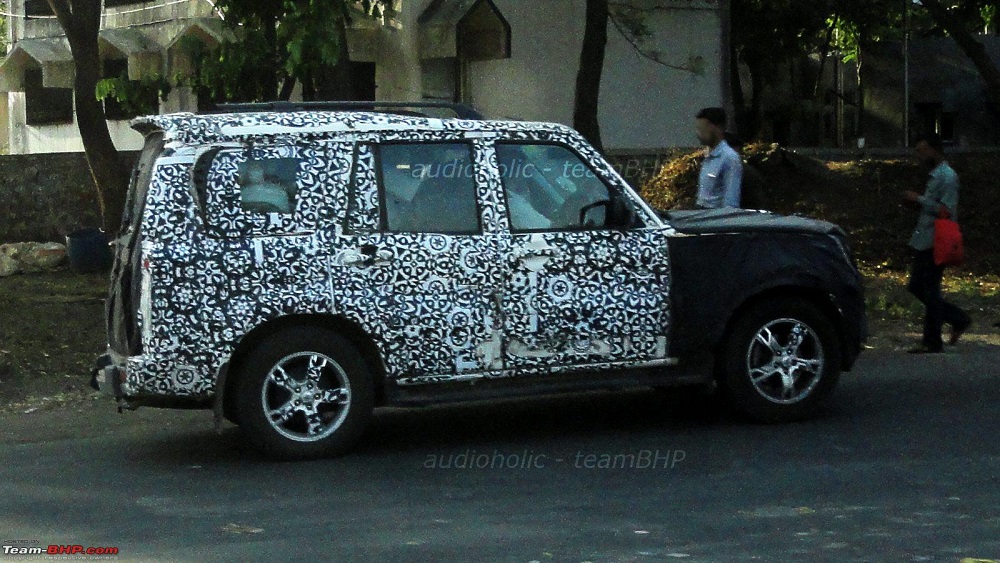 The Mahindra Scorpio which recently became the country’s largest selling SUV again beating Duster and others, is due for a comprehensive update for quite some time now. The last iteration of the Scorpio had come way back in 2009, and this time round it Mahindra seems to be testing it more thoroughly. In a latest, new mules have emerged via audioholic, a Team-BHP member from somewhere near Mahindra’s plant in Nashik.

The car has always been seen heavily camouflaged including the latest spotting and hence, very few details can be drawn from it. The 2014 Scorpio seems to be pretty much the same, in terms of its side profile, as the existing model. The camouflage in the front and rear is so blinding that we can not make out much from it but it does hint at the areas Mahindra will concentrate majority of the changes on. We can expect a newer front and rear section.

In a few earlier spyshots, it has been busted that the new Scorpio will come with projector headlamps, 17 inch tyres and refreshed interiors including a few bits inspired from the more premium XUV500 like the steering wheel. 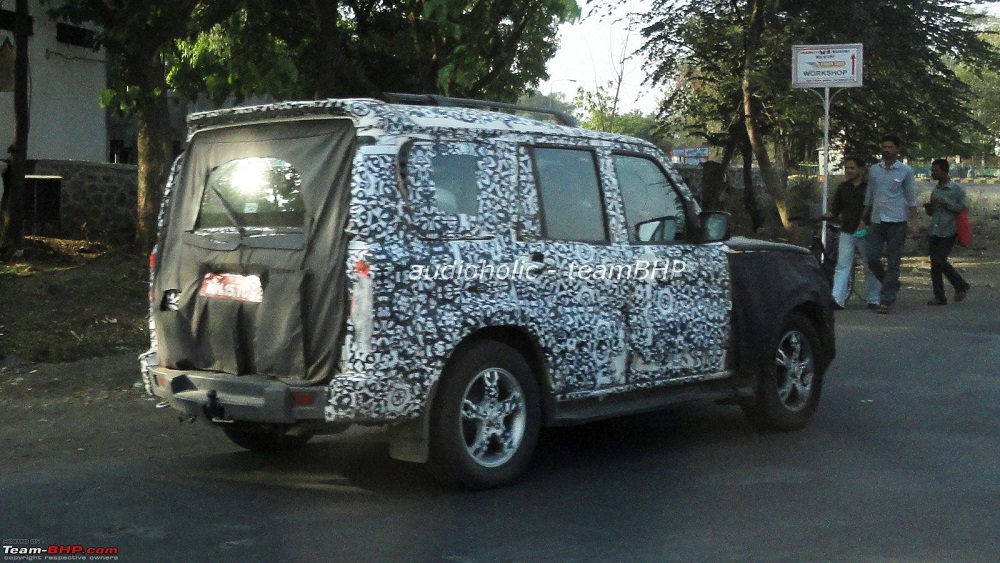 The Mahindra Scorpio is sold across the world in countries such as Australia, Bangladesh, Brazil, Chile, Colombia, France, Italy, Nepal, Qatar, Egypt, Malaysia, Russia, Spain, South Africa, Sri Lanka and Turkey. There are talks of a possible introduction in the American market as well.

Mahindra hopes that it can retain and grow Scorpio’s dominance in the extremely competitive SUV segment which is seeing introduction of newer players. According to an earlier report, Scorpio facelift is expected to be launched around the month of June this year. Pricing should remain similar to the present model.