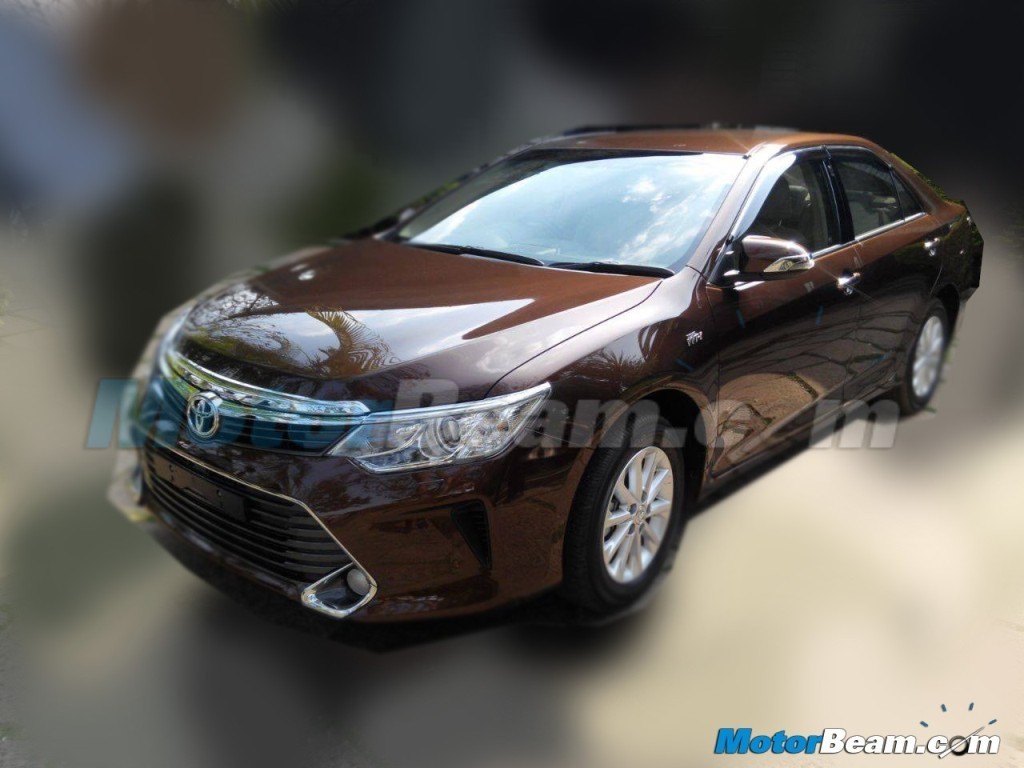 Toyota launched the current-gen Camry in India in 2012 and it will go through a mid-life facelift this year. The 2015 Camry has just been snapped absolutely uncamouflaged by a reader of Motorbeam.com.

The new Camry was unveiled in November 2014 at Moscow Motor Show and is a much sportier-looking car than the current Camry. This model is slightly different from the one sold in US (they get a much sportier one), and seems to follow the design philosophy of the Russian version. The bumper gets LED daytime running lights. The circular fog lamps are neatly enclosed by a chrome strip which extrapolates to surround the grille. The ORVMs also seem to be carrying a dash of chrome. 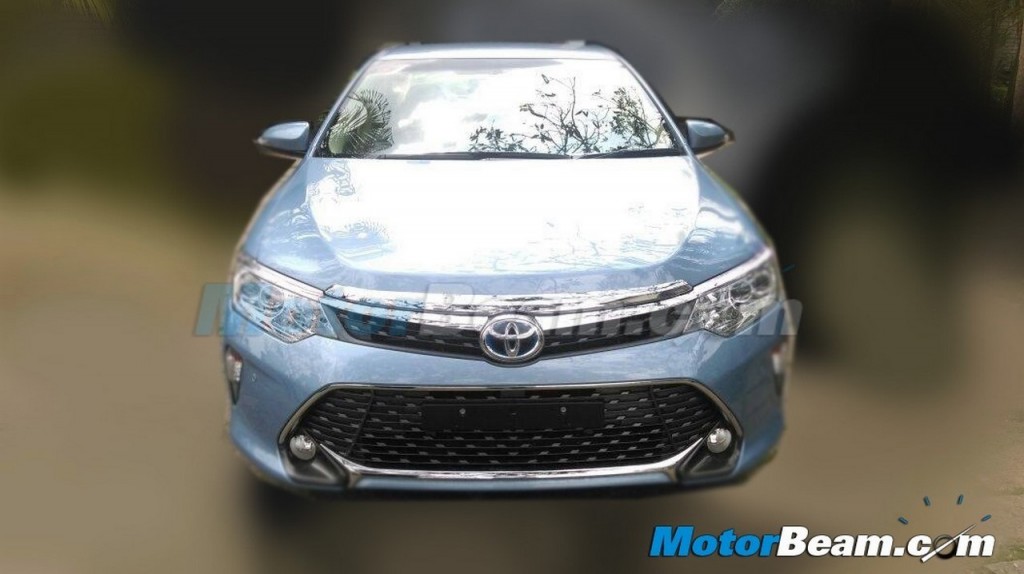 The interiors are expected to go a bit more premium with a new 6.1 inch infotainment system. The engine though is expected to be the same 2.5 litre four pot mill which presently produces 181 PS of power and 233 Nm of torque with a 6 speed automatic gearbox with sequential shift. A hybrid version will also be made available at the same time which right now has a combined output of 205 PS of power! 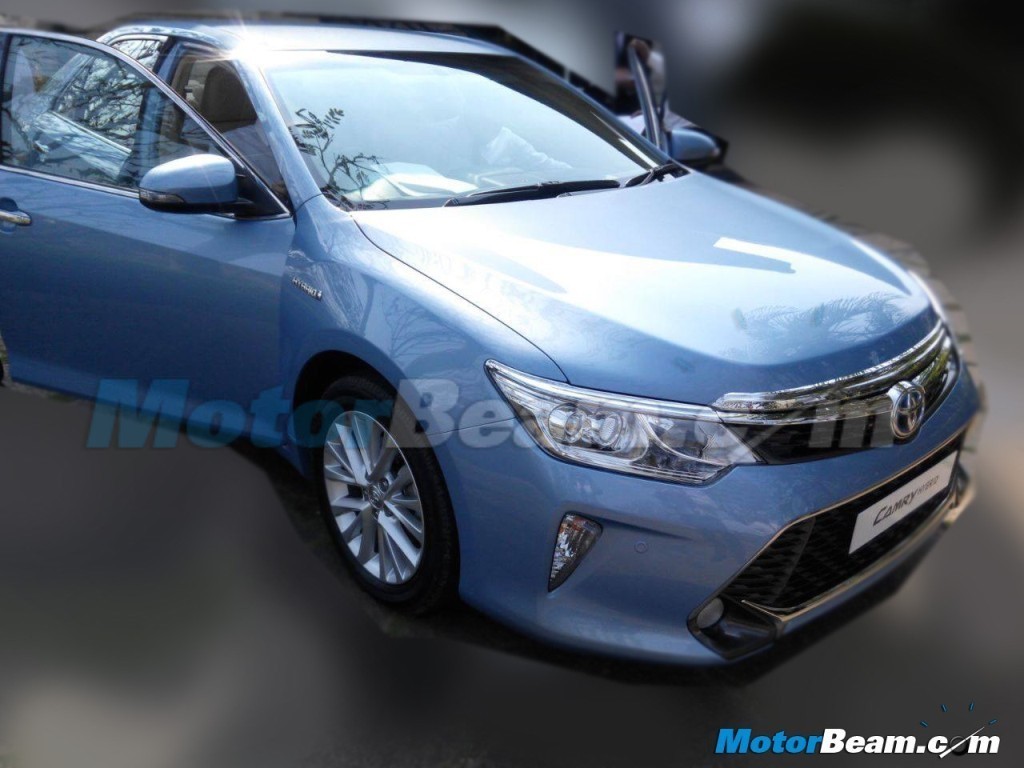 According to Autocar India, this new Toyota Camry facelift will be launched in India as early as 30th of April, which is barely a few days away.