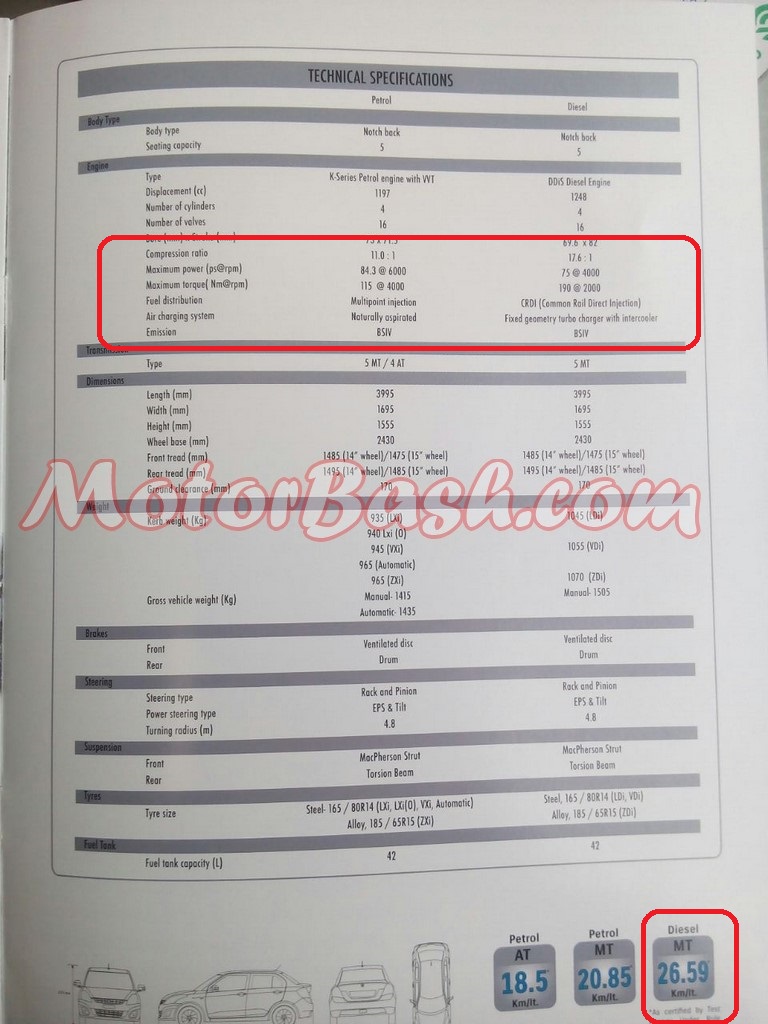 Maruti Suzuki’s best-selling sedan Dzire is set to become the country’s most fuel efficient car by beating its own sibling Ciaz. As per the brochure images we have in hand, 2015 Dzire comes with a rated fuel efficiency of a whooping 26.59 kmpl for the 1.3 Liter DDiS diesel engine, which is slightly more than Ciaz’s 26.21 kmpl.

Even the petrol version gets a slight increase at 20.85 kmpl which is better than the outgoing version’s 19.1 kmpl.

This spec sheet also confirms the presence of the automatic Dzire which will come with the same 4-speed automatic transmission and returns 18.5kmpl of fuel efficiency. 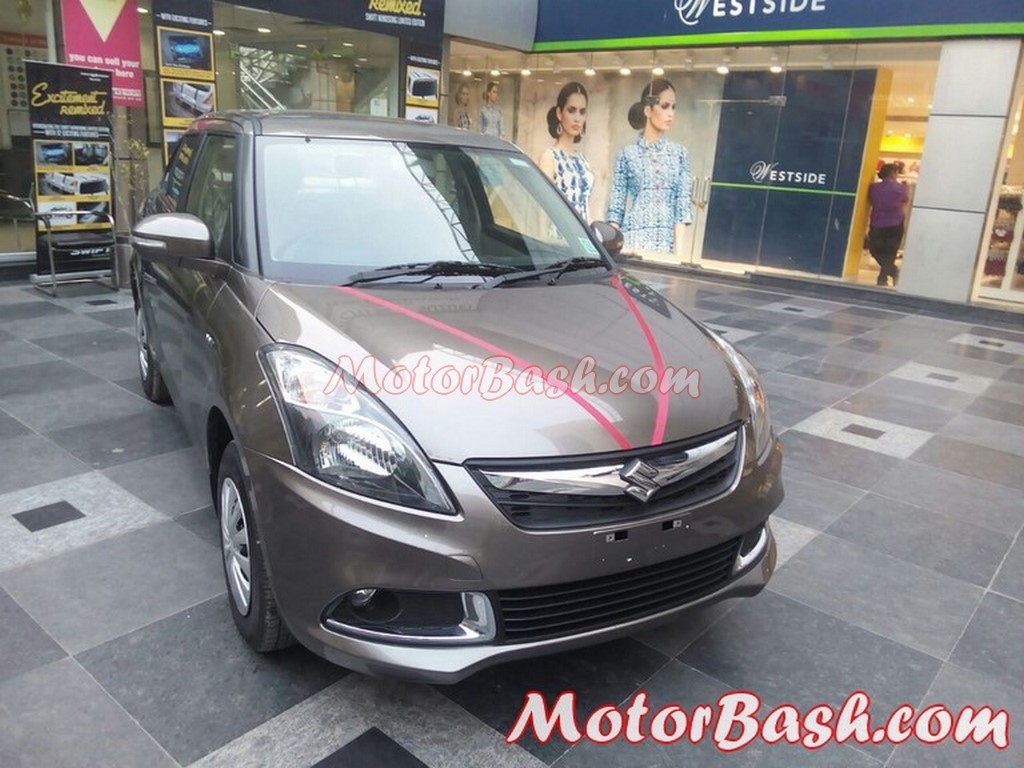 In this segment, Honda Amaze diesel returns 25.8 kmpl while the Hyundai Xcent claims a fuel efficiency rating of 24.4 kmpl. If you notice, its a nice little battle going out there between Honda and Maruti and it appears Maruti has decided not to let the Jap overwhelm the car buyers with their astronomical fuel efficiency figures.

Maruti Suzuki is also working on an 800 cc diesel mill for the Celerio and Y9T LCV which is expected to break all these records and set a new benchmark in terms of official ARAI rated fuel efficiency figures.