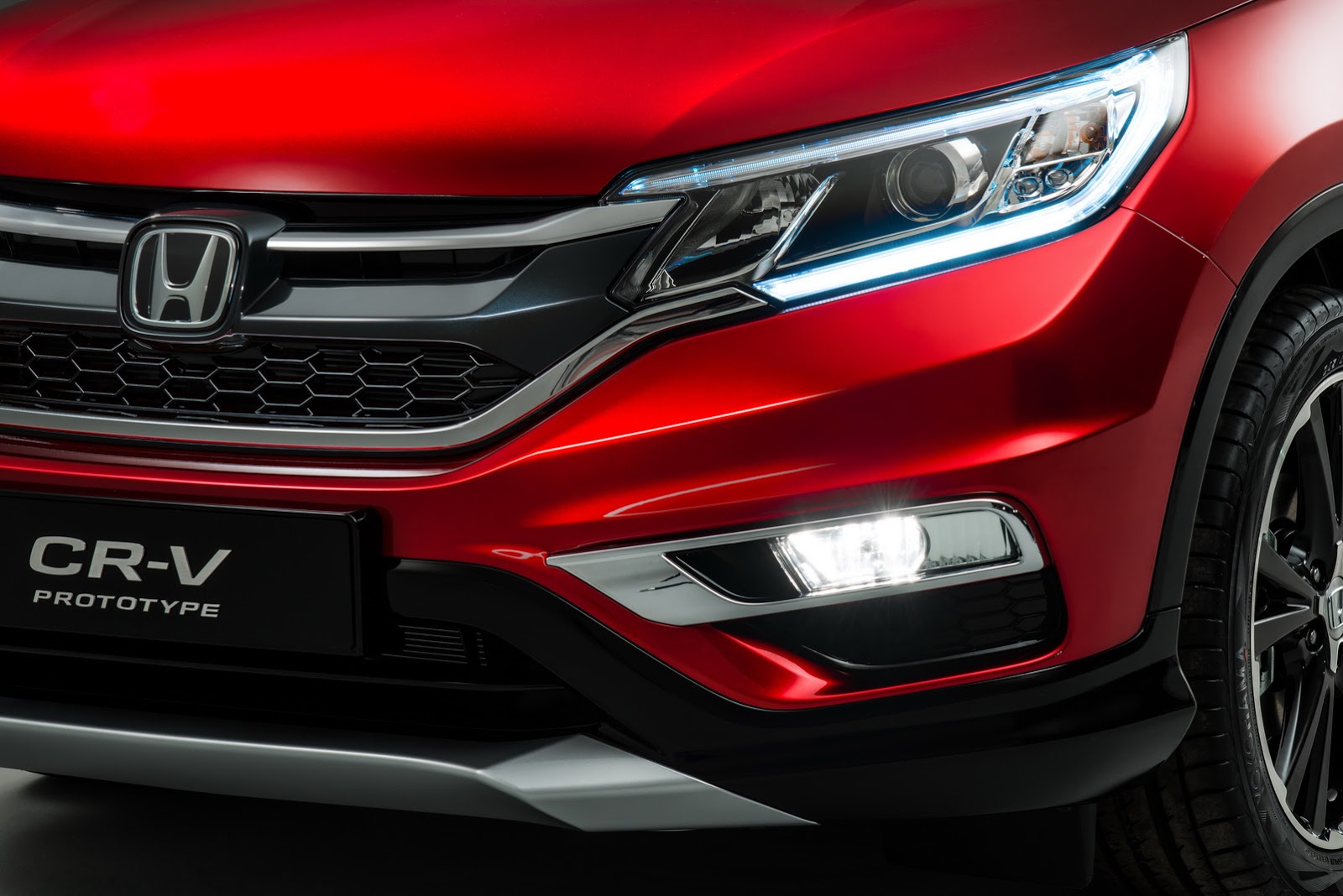 Honda first unveiled the full specs, images and pricing of the CR-V facelift for the US market that gets new styling and interior upgrades along with a bump in torque rating of the same petrol engine.

Now, the European-spec CR-V facelift will be making its debut tomorrow at the Paris Motor Show but Honda, in its international press release, has come out with the details of the new European model today. 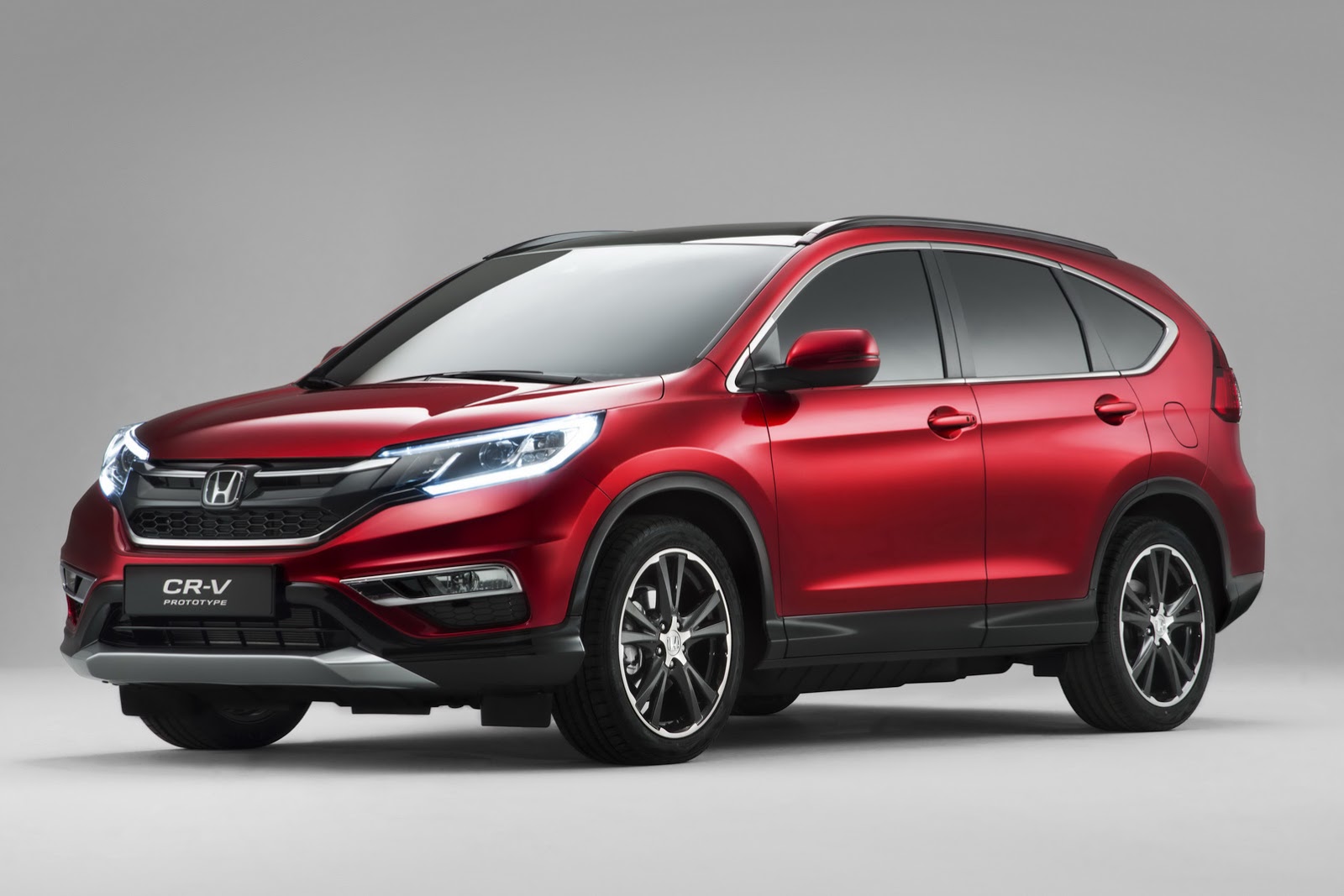 The 2015 CR-V gets new front and rear bumpers, new fog lights, restyled front grille while the arrangement of those LED DRLs (Day-time Running Lights) look the best on any vehicle yet! 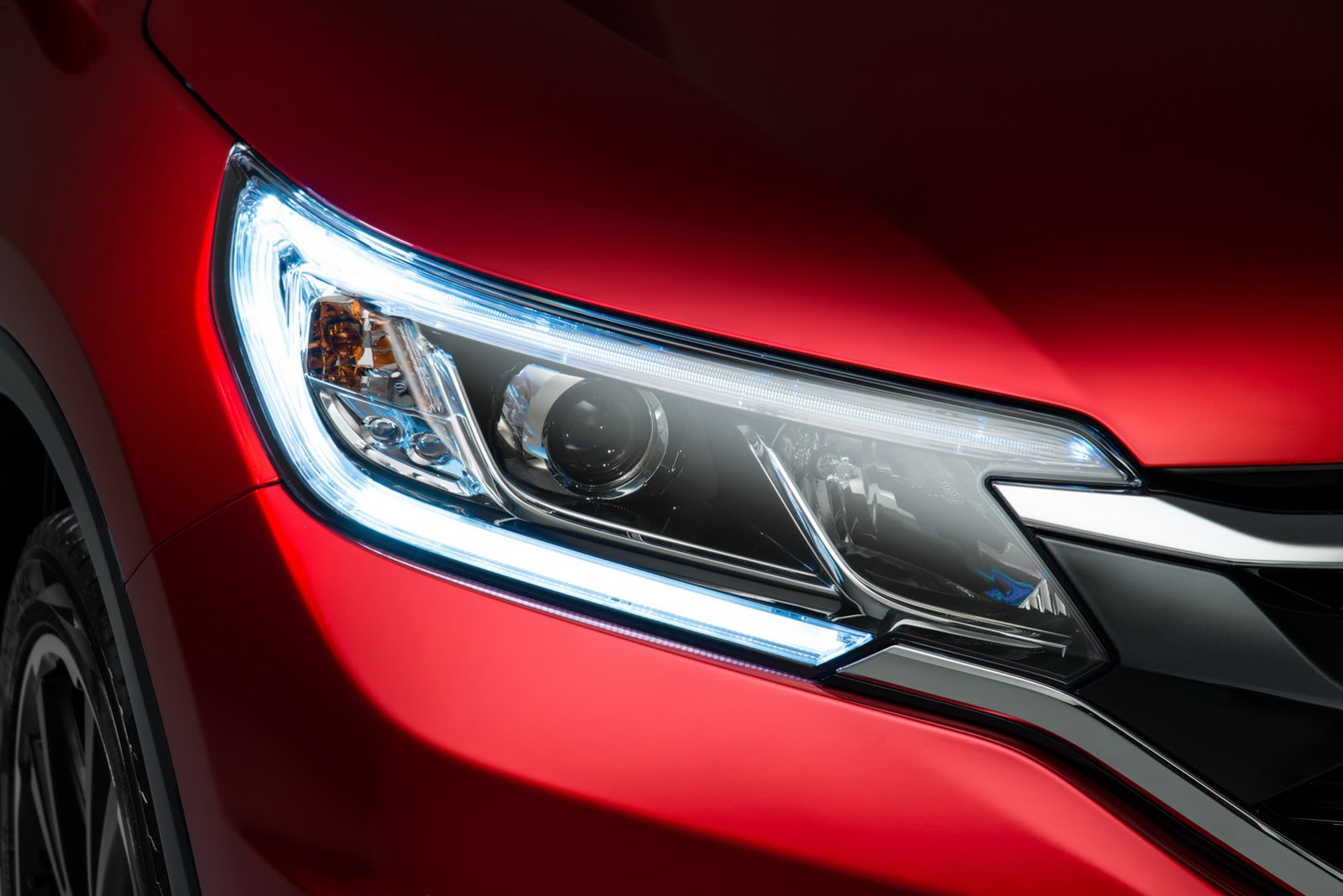 The rear though looks like belonging to a completely another vehicle with that chrome (or is that silver) strip not really helping matters.

However, it’s under the hood where the most important change lies. Gone is the old four-cylinder 2.2-litre i-DTEC diesel and in comes a four-cylinder 1.6-litre i-DTEC which puts out 160 horses and 350Nm torque. This is the same engine on which our Indian 1.5L i-DTEC has been built. But it’s only available on the four-wheel drive CR-V and can be bought with either the standard six-speed manual gearbox or with a new nine-speed automatic transmission! 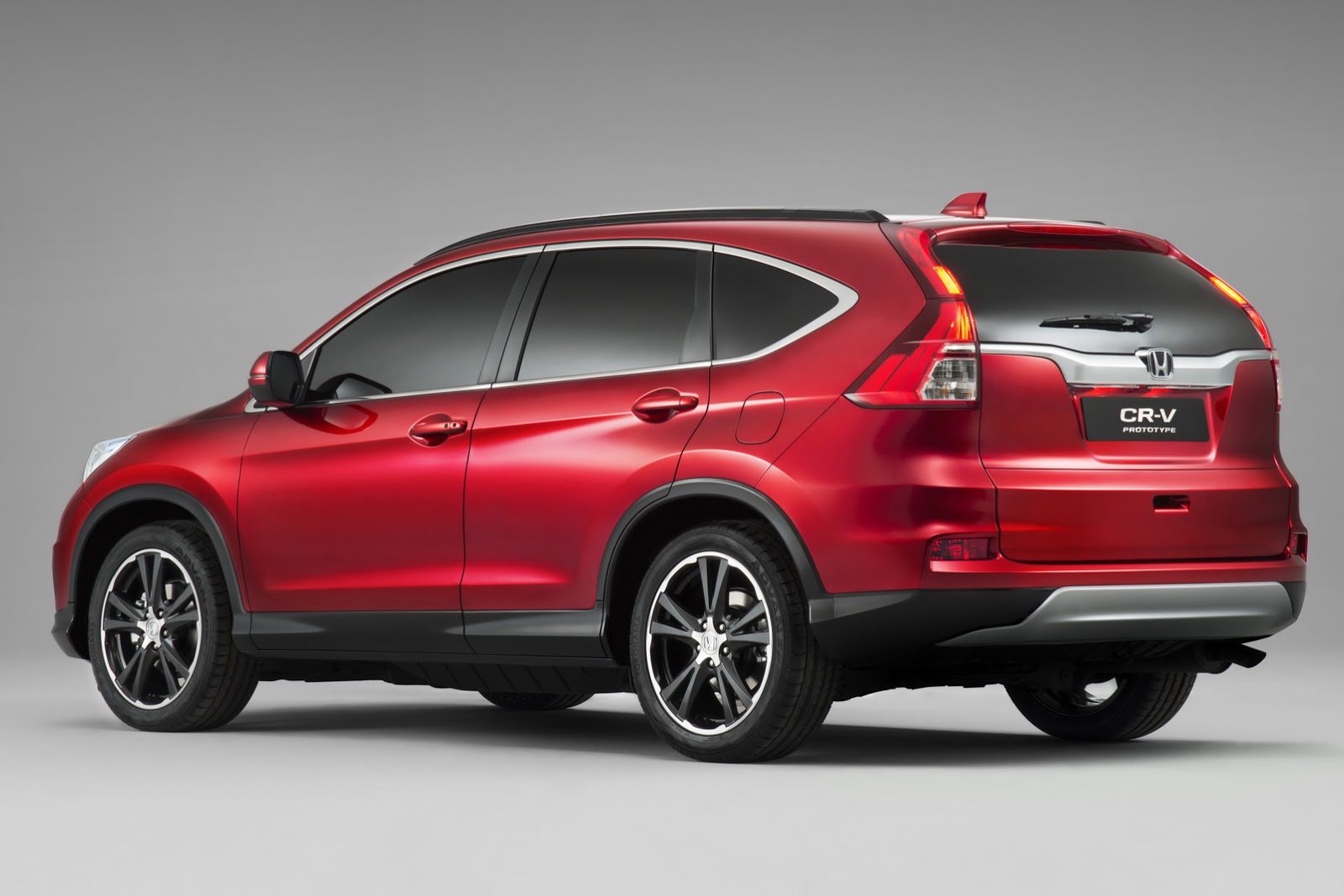 The front-wheel-drive version gets all the cosmetic upgrades but will retain the same 1.6-litre diesel engine in its 120 bhp tune. The vehicle comes with a six-speed manual with no automatic as an option. We get so many inquiries about Honda’s plans of launching the diesel CR-V in India and we are certain about Honda India’s mailbox getting flooded by now with similar queries! It’s high time that Honda launched the diesel CR-V in India, preferably with all engine and gearbox options…The new Accord is coming, though!