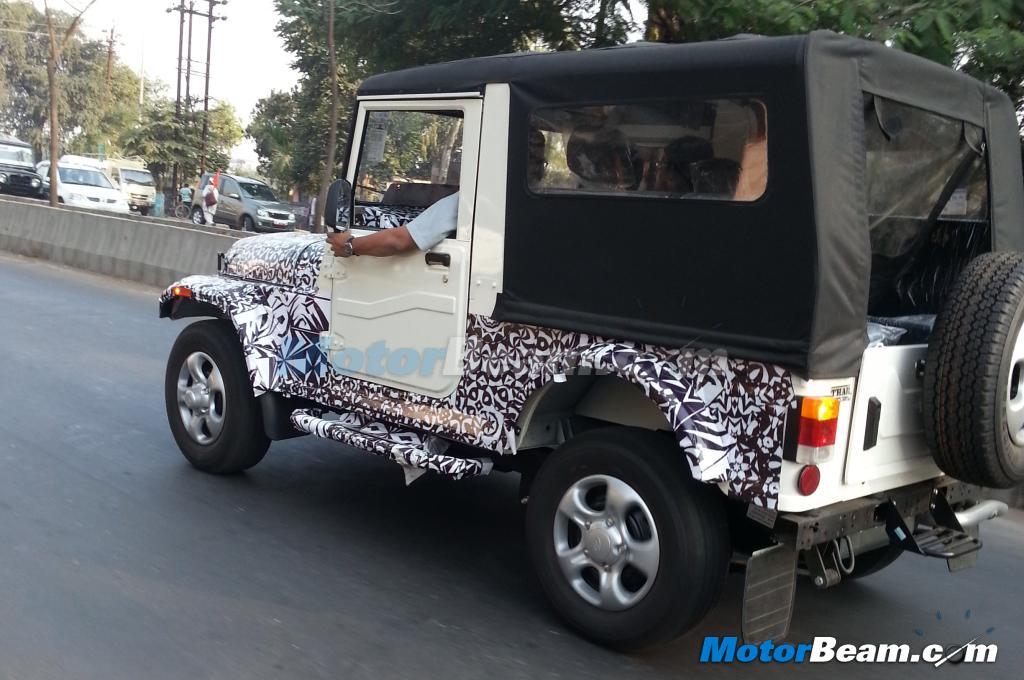 If you are an off-road lover than you have two vehicles which you can buy at this moment under 10 Lakhs – Mahindra Thar and Force Gurkha. While Gurkha, a better off-roader, was launched recently, Thar has been in the market for sometime.

And as has been in the news, Mahindra has started testing their facelifted Thar which is expected to carry some much-needed refinements to the overall quality of the vehicle. Codenamed as 401, Thar facelift has been spied testing by a couple of readers of MotorBeam.com in Nashik.

The test mule is carrying camouflage on the sides which means we can see minor changes to the wheel arches and mudguards. Though the front is not visible in these pics, we can expect some minor cosmetic enhancements upfront as well. The report also says that the dashboard was also camouflaged so expect to see some quality improvements on the inside along with better buttons and controls. Also notice that this test mule is running with a peculiar exhaust pipe. 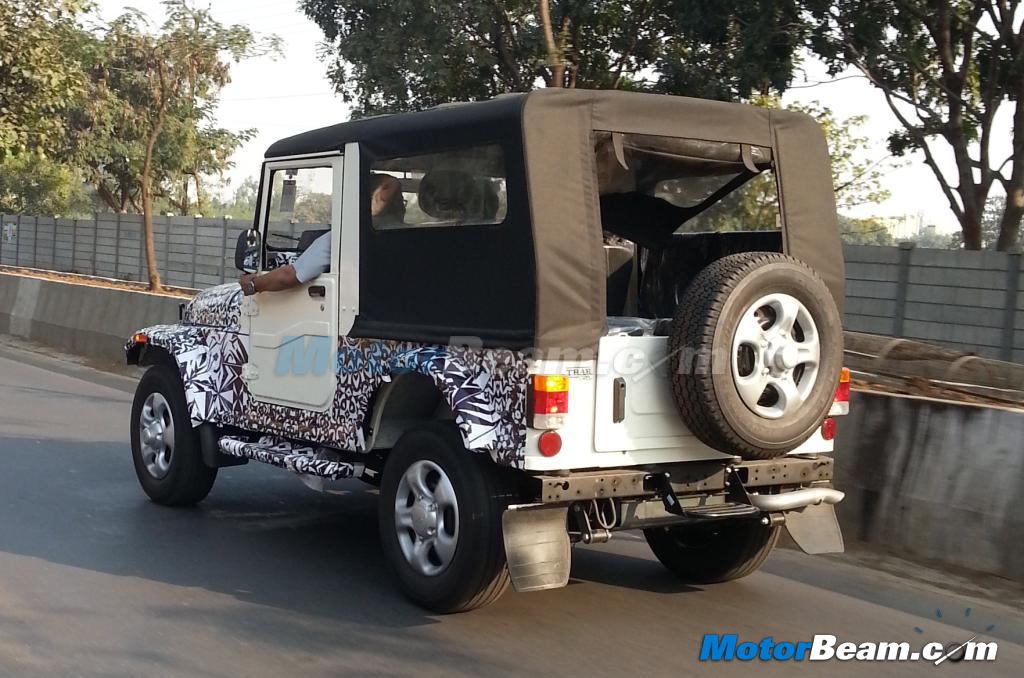 Currently, Thar is offered with two engine options – 2.5L 105hp, 247Nm CRDe diesel and 2.5L 63hp, 182.5Nm DI engines. There is a lot which can be improved on the off-roader and we can be pretty sure that the facelifted Thar will be more of an upgrade to quality with minor refreshments to the looks of the already-good-looking UV. Mahindra is expected to launch this Thar facelift within 2015 in India.