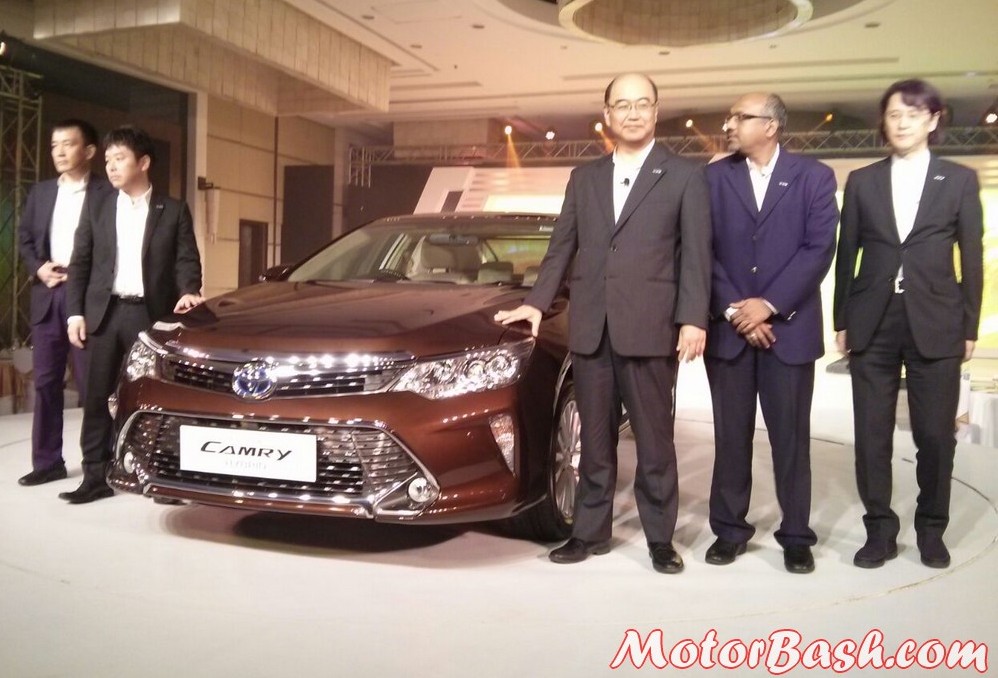 Toyota India has launched the updated 2015 Camry in India for Rs 28.80 lakhs for the petrol version and Rs 31.92 lakhs for the hybrid variant (both prices ex-showroom, Delhi). The car gets redesigned exteriors as well as interiors, while the power house remains the same for both the variants.

The exterior styling includes a new front bumper, touched up grille, and a new set of head lamps, which boast of LEDs for low beam and halogen projectors for high beam. The bumper sports vertical air insets in the petrol which get a brilliant makeover in the form of lights in the hybrid variant. The use of chrome has also increased especially around the rounded fog lamps. The rear end gets a thinner strip of chrome on the boot lid which continues to cut the tail lamps into two halves. 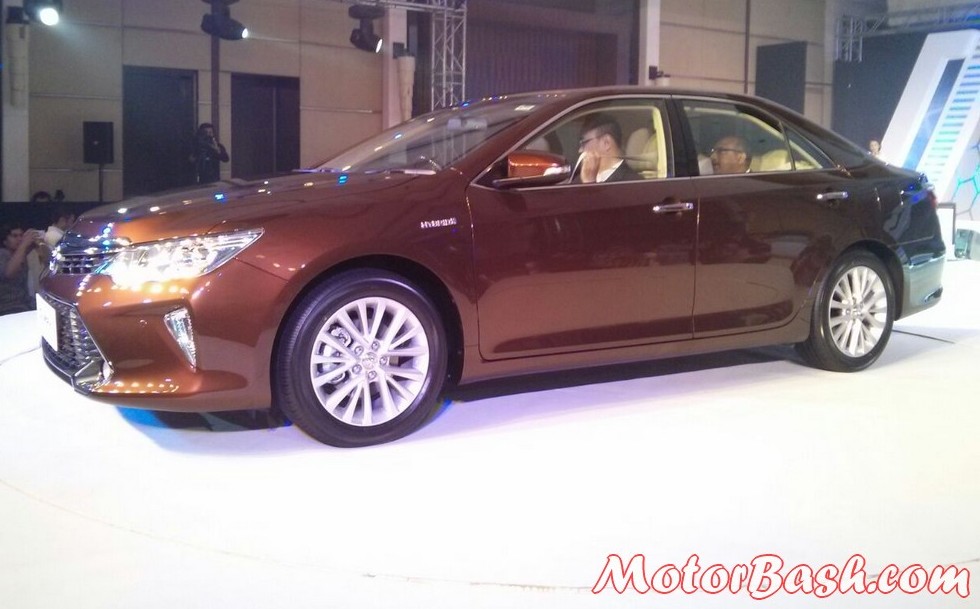 The air conditioner too has a unique three zone cooling function which allows individual temperature controls for the driver, front passenger and rear passenger. The safety net includes 7 airbags with a kneebag. The company even claims to have a best in class fuel efficiency rating of 19.16 kmpl.

Toyota also announced that the Camry Hybrid, which is country’s first ever locally manufactured hybrid, to get a demand incentive under the FAME scheme by the government. Both the versions get the same 2.5 litre four pot petrol engine. In the sole petrol variant the engine churns out 181 PS of power at 6,000 rpm and 233 Nm of torque at 4,100 rpm. 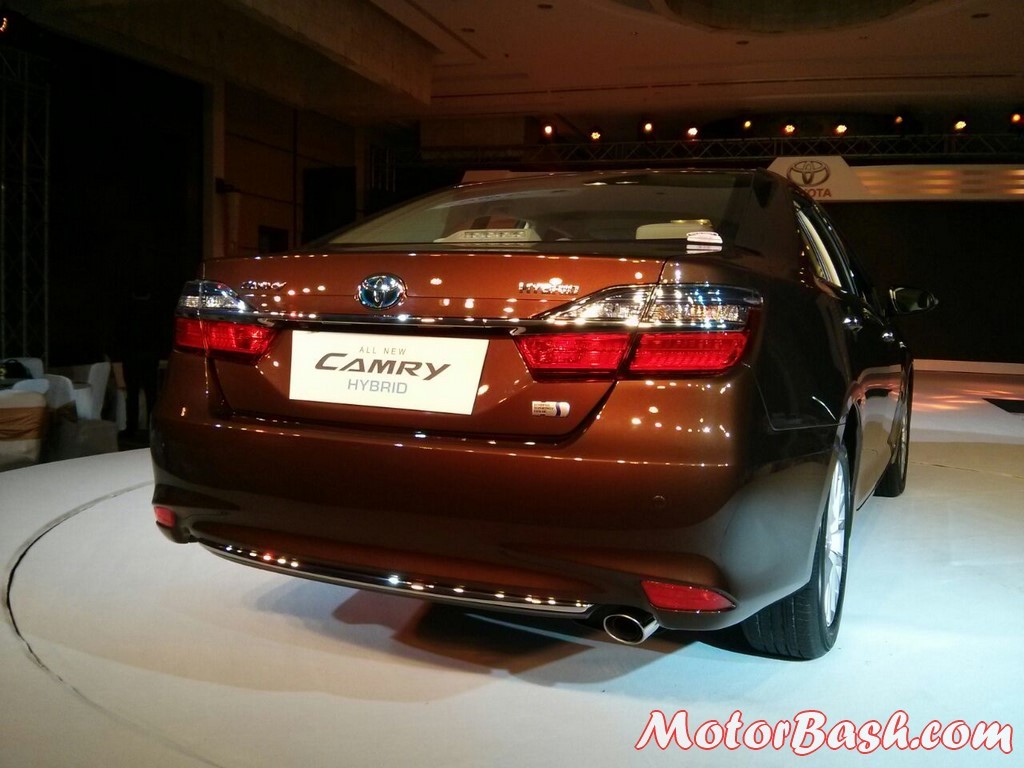 In the Hybrid version it churns out a slightly lower 160 PS at 5,700 rpm and 213 Nm of torque at 4,500 rpm. The permanent magnet synchronous motor churns out handsome 143 PS of power and 270 Nm of torque. The hybrid variant gets bigger 15 spoke 17 inch wheels while the petrol only version gets 10 spoke 16 inchers.