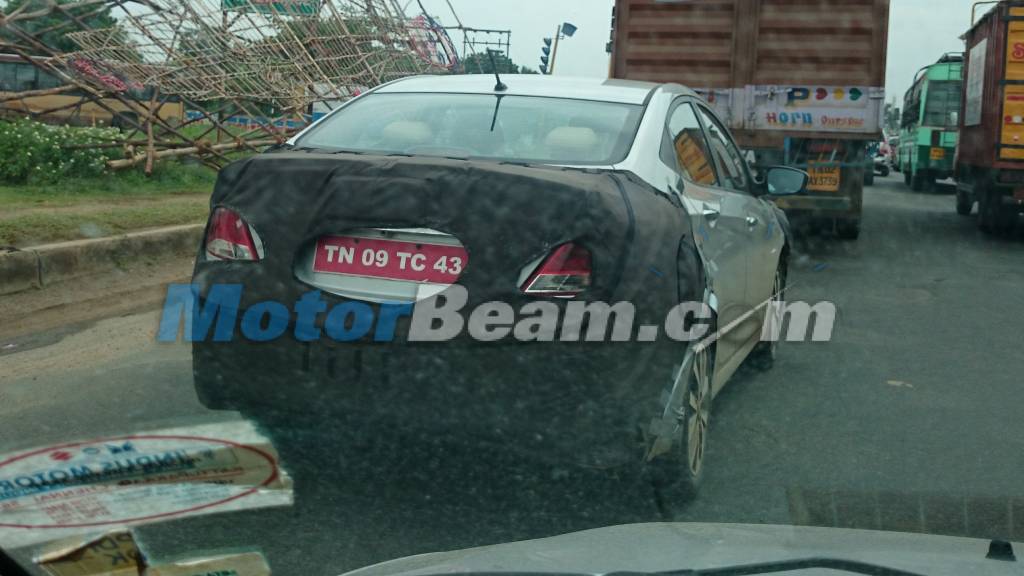 The Moscow Motor Show, which took place in August end this year, saw the presence of the Solaris which is coming to India to slug it out in a segment which is becoming highly competitive each day.

Do not get confused with the new name as Solaris is just another acronym used for Verna in some international markets like Russia. Inspired from the looks of Hyundai’s flagship model Genesis, the Russian Solaris is what is expected to come to India as the new Verna facelift.

Amidst various speculations, the car has been spied in India for the first time by a MotorBeam reader in Chennai, which signals that Hyundai has started testing the car to make the necessary changes to acclimatize the car to Indian driving conditions.

The car will give Verna a different look from the front but the rear doesn’t see any major differentiating changes. The interior layout is expected to go through a makeover.

So if you had this question – How does Hyundai plan to fight the segment leader Honda City and the upcoming Maruti Suzuki Ciaz? Well, do exactly what Hyundai does best: launch a new facelift model which is better looking than the outgoing variant, add more features, load it with extra equipment and spiral back to soaring sales charts!

One issue which a lot of Verna owners have pointed out has been the suspension set up of the car. Like all Hyundai cars, even the Verna has been set up as a city car with the suspension centered towards the soft end. This trend is expected to be changed with a slightly harder set up which will feel a bit better thanks to an improvement in feedback, as per the report.

The new head lamps have a no nonsense and serious look which gets complemented with an equally professional looking LED fog lamps. Mechanically the car is expected to be powered by the same set of 1.6L and 1.4L petrol and diesel engines as is the case with the current Verna.

Once the leader in this C2 sedan segment, Verna has been displaced by the new City and there has been some real big launches like new Fiesta and Linea of late and Maruti’s Ciaz is lined up for a show soon. With this update, Hyundai will want to claw back and we are all set to see some real intense action in the times to come. Launch is expected sometime early next year…