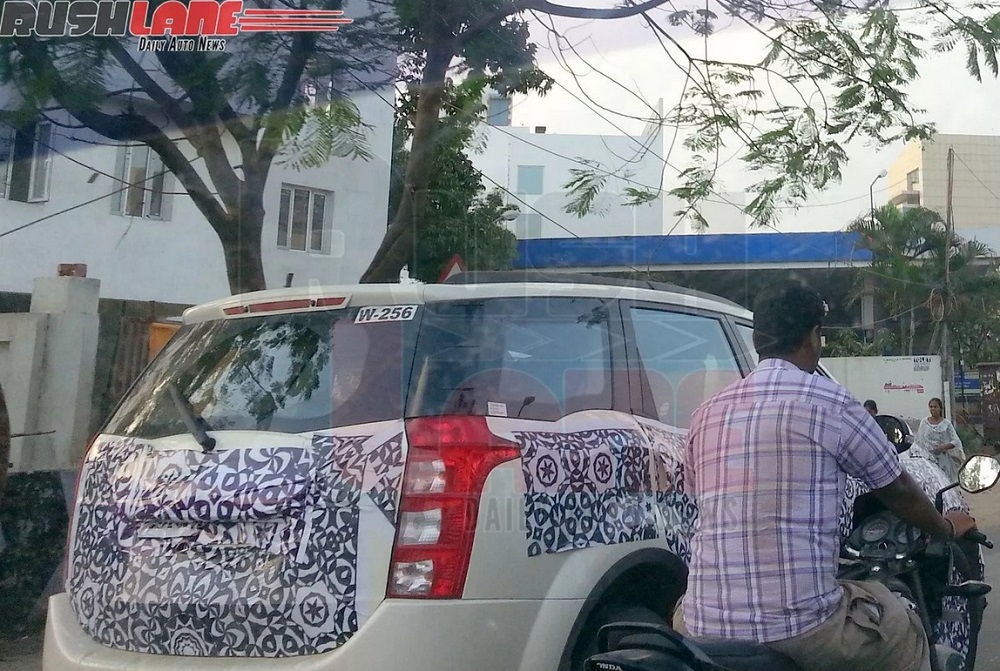 Mahindra had already given enough hints of the new model year change for XUV500 and now its test mules are almost a common sight these days.

This camouflaged XUV500, which is believed to be its facelift was snapped by a Rushlane.com reader somewhere in Chennai. The crossover is running around with a significant area hidden from prying eyes, which includes the rear, sides, interiors (reportedly) as well as the alloy wheels. Hence, we can assume that this could be not-just a minor rework to the car which has been doing great for the company.

Apart from a few new design elements on the outside, Mahindra may chose to use different material for the dashboard and other interior elements along with a few design changes. Though the tail lamp cluster is not hidden, they may alter it a bit prior to its launch (like what they did with the new Scorpio).

Along with the facelift, XUV500 is also expected to get an automatic transmission, which is speculated to be sourced from Aisin of Japan. With this new 6-speed automatic unit, XUV500 is also reportedly getting an approximate 30PS of bump in power. 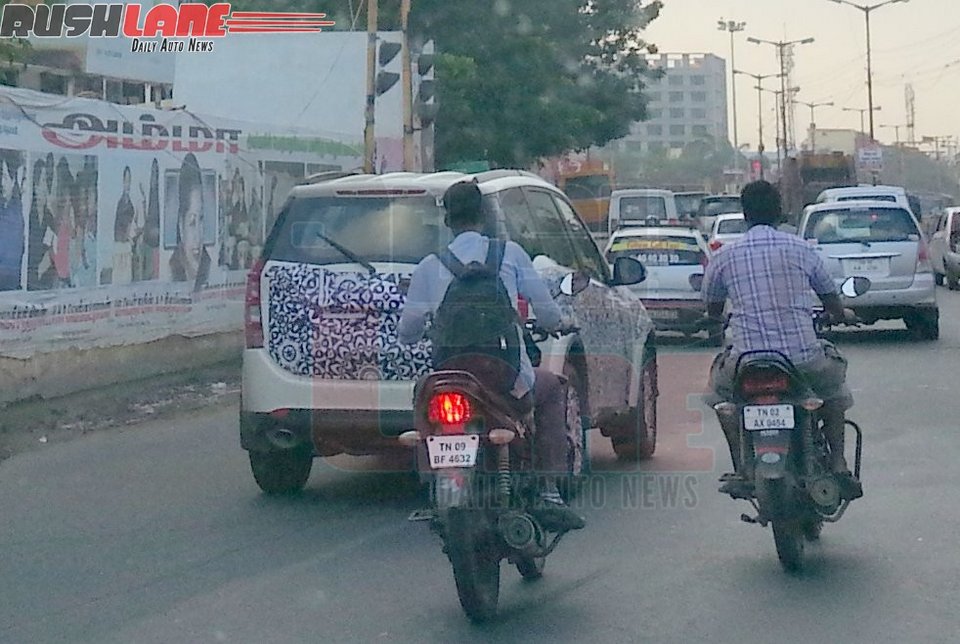 Then, the company is also working on a hybrid model which they showcased at the Auto Expo. Mechanically, the same 2.2L diesel engine will propel the facelifted XUV500 – both automatic as well as manual! In its current form, it produces 140PS of power and 330Nm of max torque. Launch is expected sometime towards the second part of the year.

Along with this, Mahindra is also testing the new Scorpio Automatic and MotorBash has the exclusive spy pictures of the SUV.