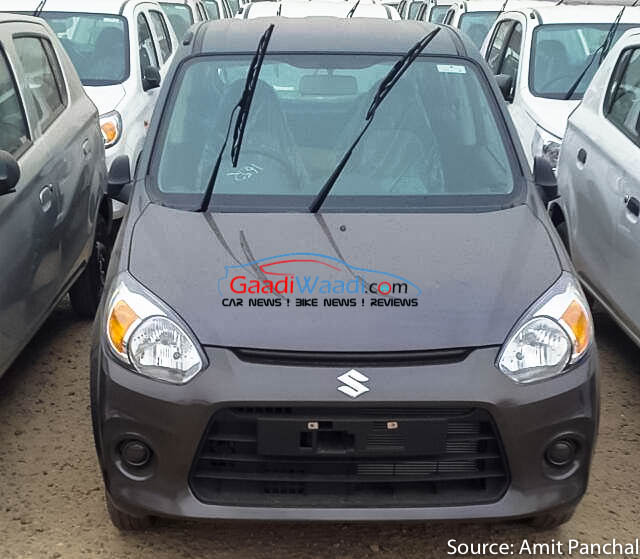 Maruti Suzuki Alto brand has been the best selling car name in the country for a long time now. Available in two engine variants – 800 cc and 1000cc , Alto is the first family car for thousands of Indians every month. Cheap repairs, great after sales service and high resale value have been its strong points. This has continued for a long time now. However, possibly for the first time, Maruti has felt the pinch from Renault Kwid (comparison sales numbers) which has been the most value for money car launch last year and has taken the country by storm!

And in a typical Maruti fashion, spyshots of its Alto 800 facelift have emerged online at Gaadiwaadi. This confirms that they are working on an updated model and looking at the completeness, it appears to be a few weeks away! While the updated Alto K10 launched in November 2014 drew inspiration from the lower version, these spyshots reveal that this will be a minor facelift. 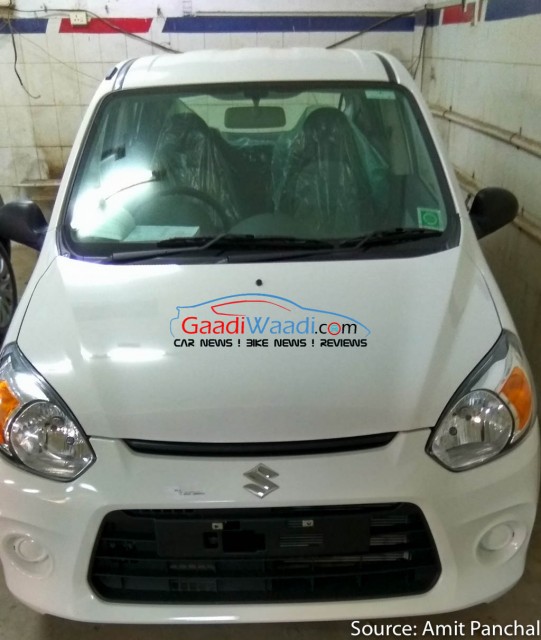 Minor changes to the interiors are expected whereas the side and the rear profile remains largely unchanged.

The 796 cc three cylinder petrol engine will pretty much remain the same with possible tweaks to overall drivability and efficiency. Currently, it produces 48 PS of maximum power at 6,000 rpm and 69 Nm of peak torque at 3,500 rpm and the car has a rated fuel efficiency of 22.74 kmpl. These numbers may see an upward revision by a few points. 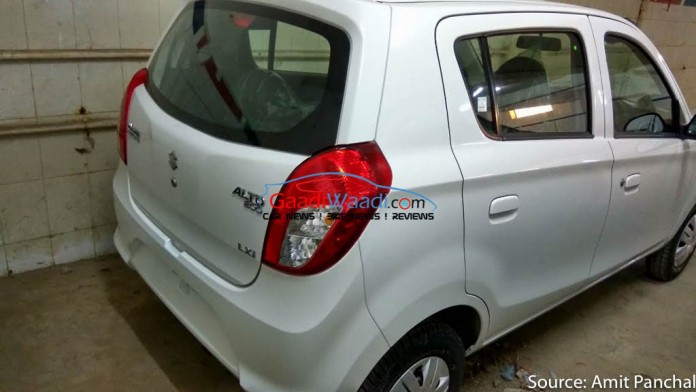 The 2016 Alto 800 facelift is expected to be launched later this month at a time when Nissan is getting ready with their Kwid-sibling rediGO.