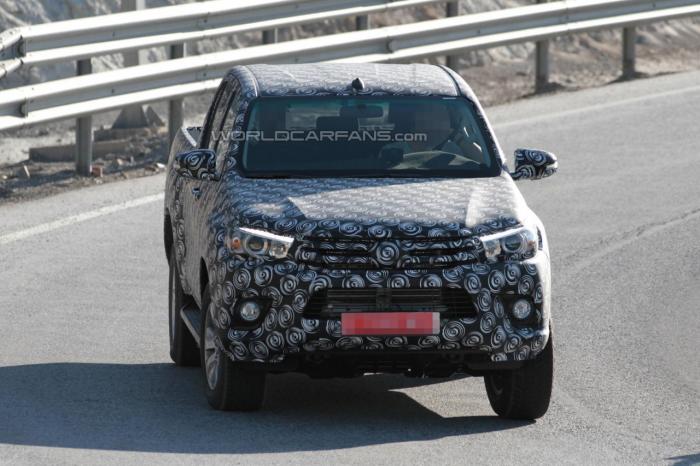 The 2016 Toyota Hilux is caught testing on the roads for the first time. Worldcarfans.com has put up spy pictures of the heavily camouflaged pick-up doing testing rounds in Southern Europe. The sighting is important in the Indian context as the Fortuner is built on the same platform as this pick-up truck and not on LC Prado’s as some fans of the popular SUV would have you believe.

This hints at the new look of the upcoming 2016 Fortuner which is also under tests and will be launched sometime around the same time as this Hilux. The new Hilux seems to have gotten a muscular front-end and even the bonnet looks better sculpted now. The headlamps are new and so is the front bumper. I won’t dwell on the changes at the rear as they don’t have any say in how the new Fortuner would look like. The new Fortuner on tests, which was snapped in Thailand did not reveal the front design properly.

It’s interesting that Toyota is actually testing three vehicles built on the same platform simultaneously in different parts of the world – Hilux in Southern Europe; Fortuner in Thailand, and Innova in India. Yes, even the upcoming new Innova is built on Toyota’s New Global Architecture (TNGA) platform. 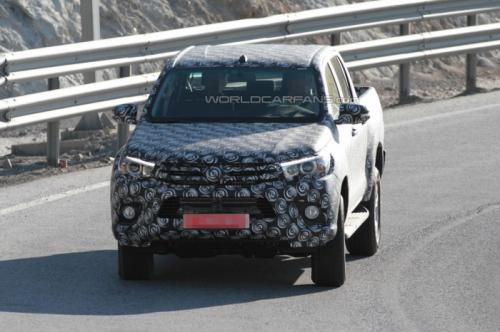 Let’s hope that all the testing translates into improved dynamics for all the three vehicles while the Fortuner and Innova can also do with some better interiors and a much needed more powerful engine.

Before the all-new Fortuner is launched in 2016, there is a possibility of Toyota launching a cheaper entry-level variant of Fortuner with Innova’s 2.5 litre diesel engine.

Related: Did You Know: Seven Out of 10 Premium SUVs Sold in India Are Fortuners