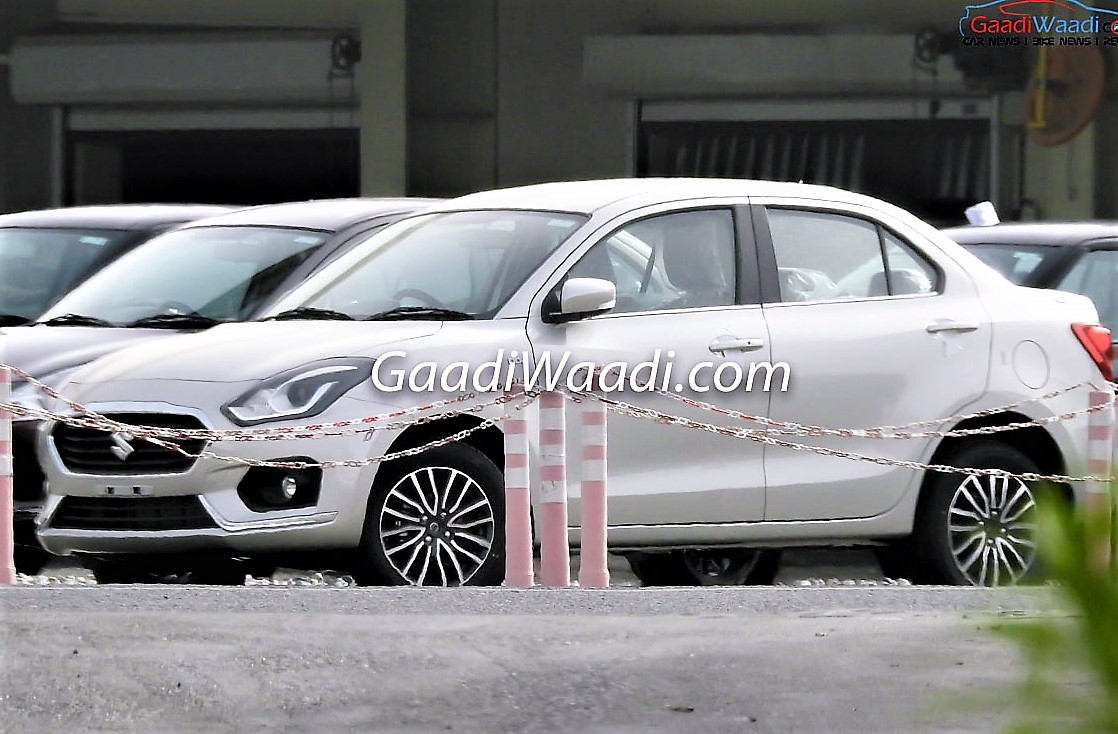 The next-gen Dzire, which has been on tests since last year, has finally been completely busted. Update – new spy pics from Gaadiwaadi give us a clearer view of the compact sedan. 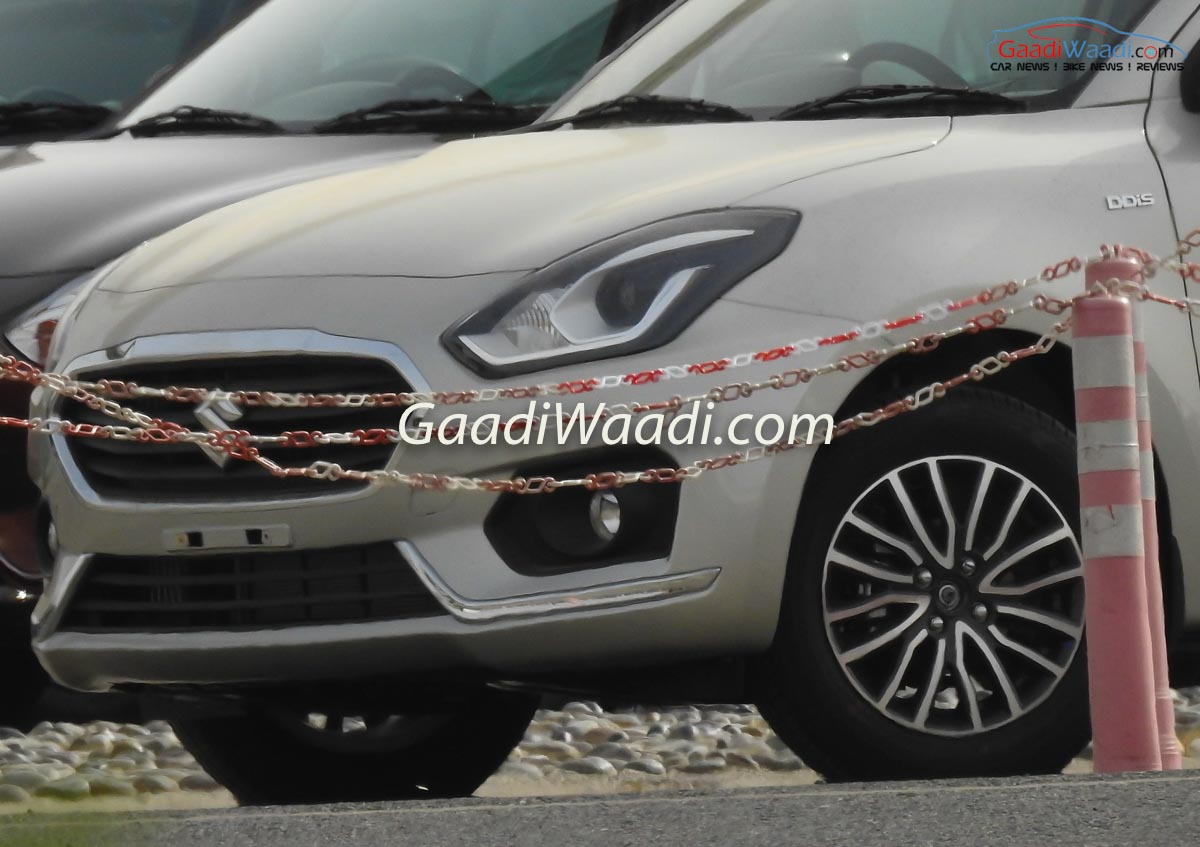 First up, the new Dzire looks longer and sits lower, but that chrome outline on the grille appears to be a forcefully put lipstick on pouted lips! The car would look much better without it, for sure!

The roofline now has a coupe-ish fall and it gets a reworked rear. The front gets new-gen Swift like face with minor changes to distinguish the sedan from the hatchback. It also bears some resemblance with Figo Aspire. 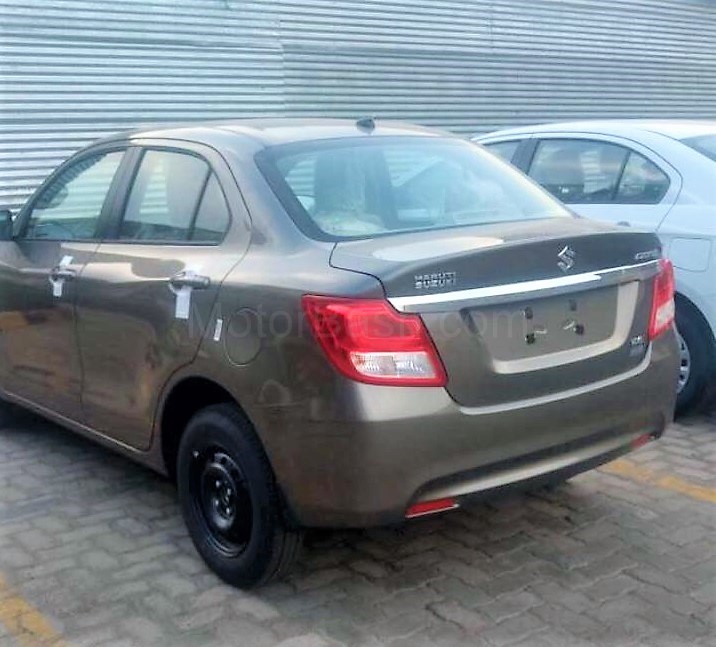 Maruti has also dropped the ‘Swift’ moniker and the new-gen car will now be promoted with its individual identity, as that standalone ‘Dzire’ badge at the rear signifies. Maruti has not tinkered with Dzire’s design much ever since its launch and this would be the first comprehensive makeover to how the sub-four meter compact sedan, which is the largest seller in India, looks. 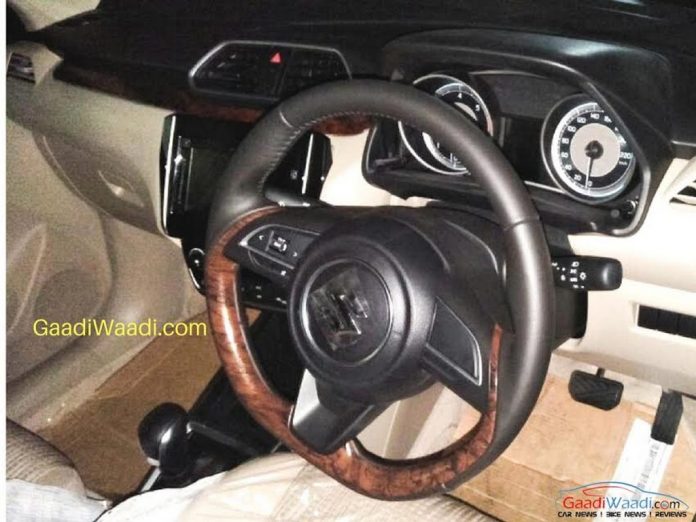 These leaked pics come from some stockyard (most probably Maruti’s) and this may be a confirmation that its production has commenced. Expect the 2017 Dzire to be launched as early as next month in May! 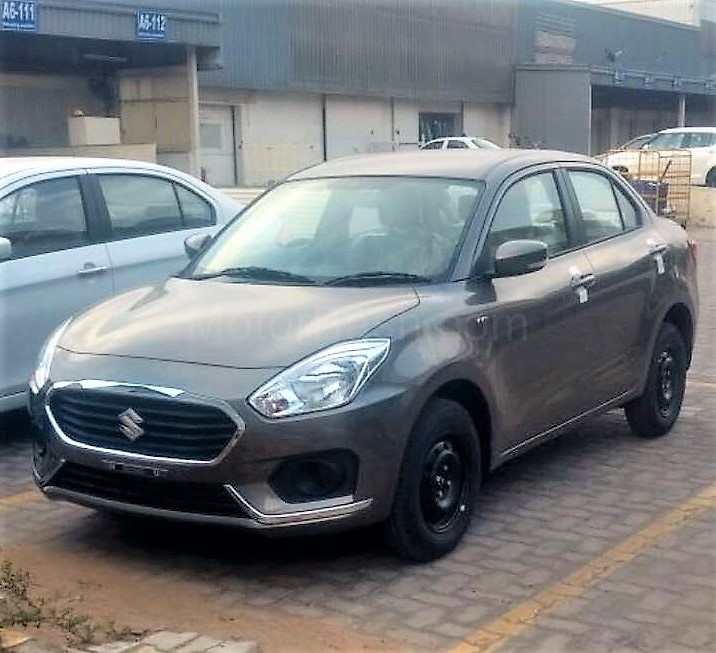 According to the information we have, the 2017 Dzire will be a lot lighter and will get a new chassis. Both the powertrains will continue to do duty and there will be tweaks for overall efficiency enhancement. It will be produced at Maruti’s Manesar plant along with the Baleno and will be retailed from Maruti’s regular showrooms.