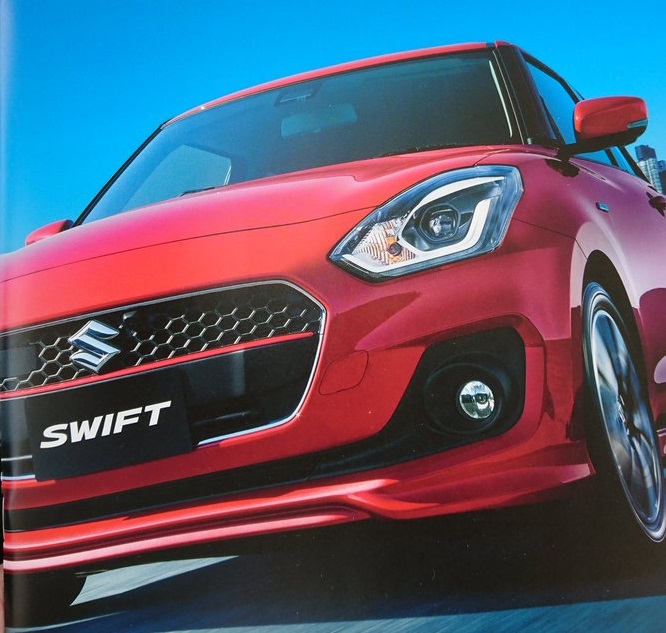 We talk about Maruti’s 2017 Swift launch, design and many other details that have surfaced from its leaked brochure. A new report also shares its official unveil date…

(Maruti) Suzuki is playing ‘safe’ and all of its recent launches, apart from the Ciaz echo the same thought. Both Baleno and Brezza are very basic designs made to please all (and hurt none) and none of them are revolutionary! And it appears that the same ‘muted’ design philosophy will continue on to the 2017 Swift which has been revealed completely in this new set of studio shots sourced from Classiccar.jp and Livedoor.jp.

The pictures here reveal quite a few details including its similarity with Fiat’s Punto Evo and some others.

In what can be termed as a comprehensively changed fascia, the new Swift gets floating headlamps and a wide hexagonal front grille with a chrome outline. Fog lamp housings are joined by a black line running through the bumper reminiscent of the elite i20. The rear door handles have been stacked onto the window frame like you have seen on the Chevrolet Beat and more recently on the Mahindra KUV100.

Next-gen Swift’s rear reminds us of the Etios Liva! Like it has been the case so far, the A and B pillars are blacked out and the overall car appears to be slightly lower. 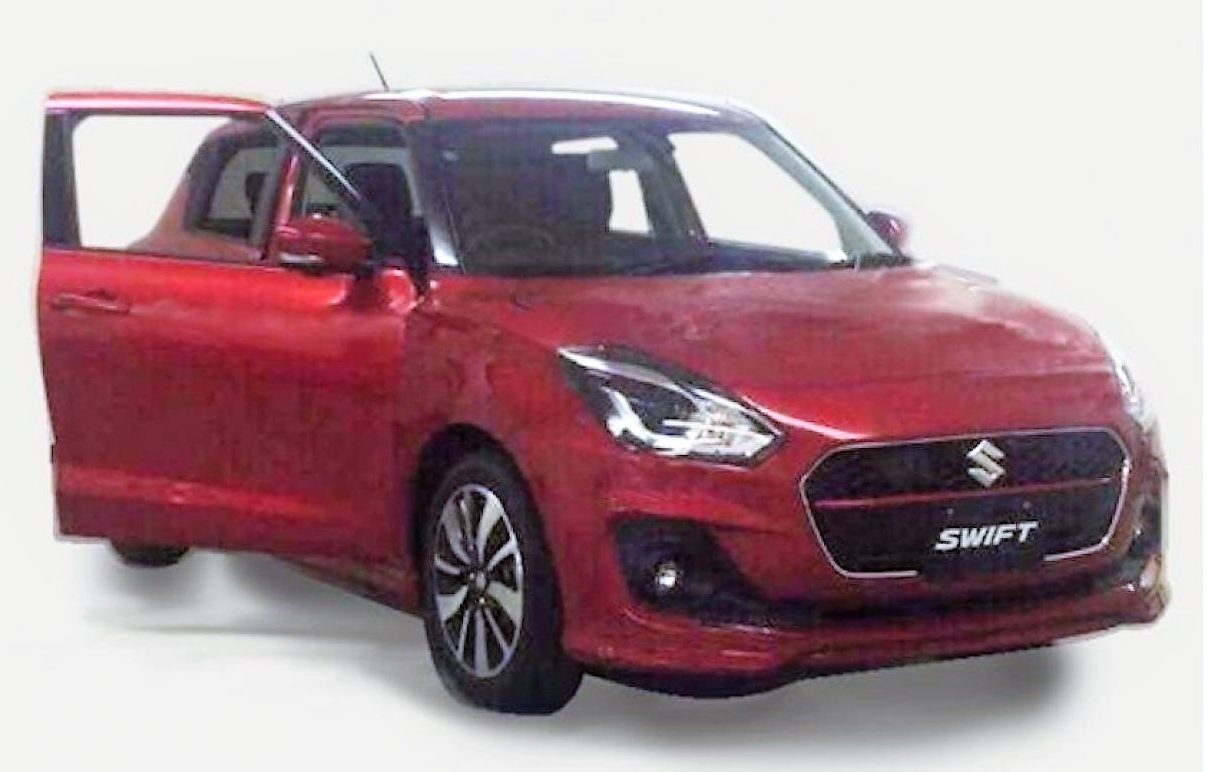 The interiors are well laid out with a smart-looking center console and instrument cluster.

The leaked brochure reveals specs of the Japan-spec car. It is offered in eight colour options along with hybrid technology. In Japan, Swift is offered with the 1.2 liter NA and 1.0 liter turbocharged petrol engines in 2WD and 4WD options. A 5 speed manual and CVT transmissions perform duties. The new-gen Swift will be officially unveiled and launched in Japan next month.

We will leave the following comparison pic do all the talking and see for yourself the similarities. 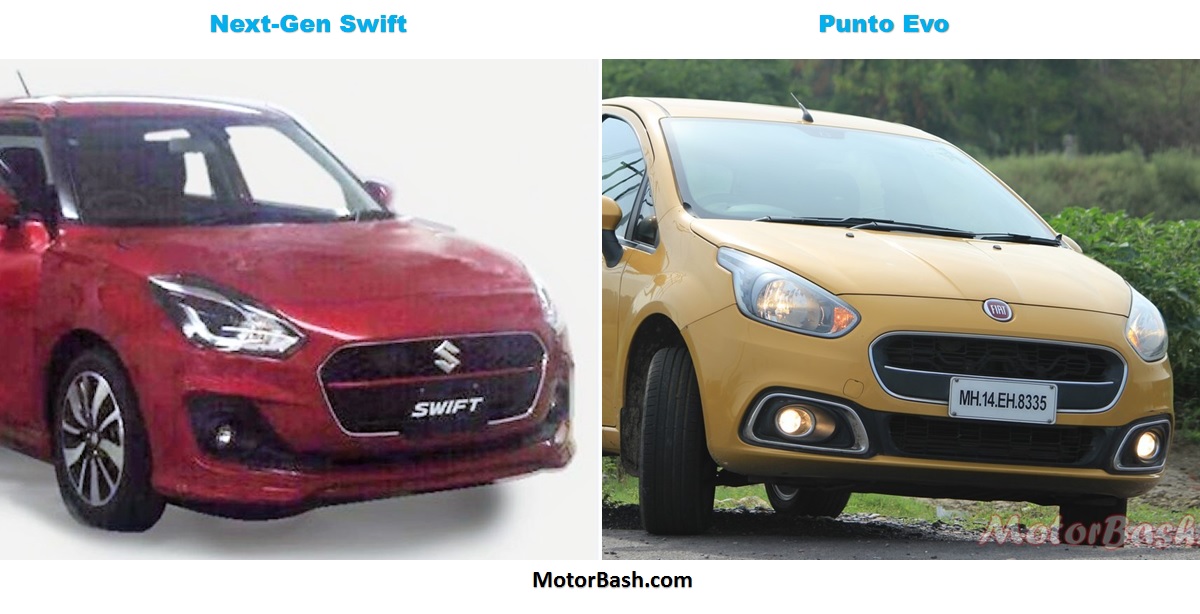 Both the 1.2 Liter K-Series petrol and 1.3 Liter DDIS diesel engine combinations are expected to continue to power the car. However, Maruti is also expected to introduce the 1.0 Liter Turbocharged Boosterjet petrol engine (going to Baleno RS in some weeks) in one or more sporty variants.

According to Autocarpro, Suzuki will globally unveil the 2017 Swift on 27th December. The company is expected to launch it in India sometime towards the middle or the second half of 2017 after the new Dzire which has already been snapped testing on our roads.

Next Read: More Powerful Ciaz 1.6 DDIS Under Works? 5 Reasons Why It Appears Logical