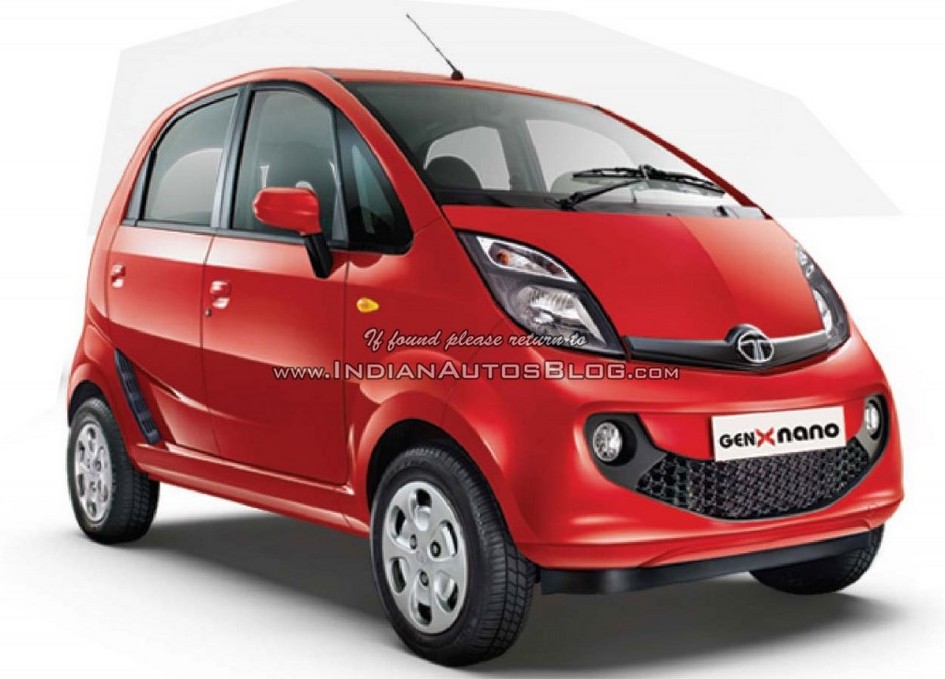 Tata Nano family is soon going to grow bigger with another new model which will get AMT and was showcased at the Auto expo last year under the name Nano F-Tronic. The final commercial name, however, may be ‘GenX’ to appeal to the younger crowd and the car is set to get a bigger fuel tank and openable tailgate.

As per IndianAutosBlog which shares these studio shots of the upcoming car, the Nano GenX is expected to launch sometime next month and will boast of a rated fuel efficiency of 21.9 kmpl which is 3.45 kmpl lower than the Nano Twist. The engine though remains the same 624 cc twin pot mill producing 38 PS of maximum power at 5,500 rpm and 51 Nm of peak torque at 4,000 rpm.

The report further states that the AMT also gets a Sport mode in which the car will hold the rev in each gear until it reaches redline which is an interesting addition to an entry level car!

The current 15 litre fuel tank will also be replaced by a bigger 24 litre tank which will give the car a larger range and ensure fewer trips to the fuel station. The boot will be openable this time, thanks to two hydraulic mounts as shown in the pic below. The report claims that it gets a luggage space of 110 litres. 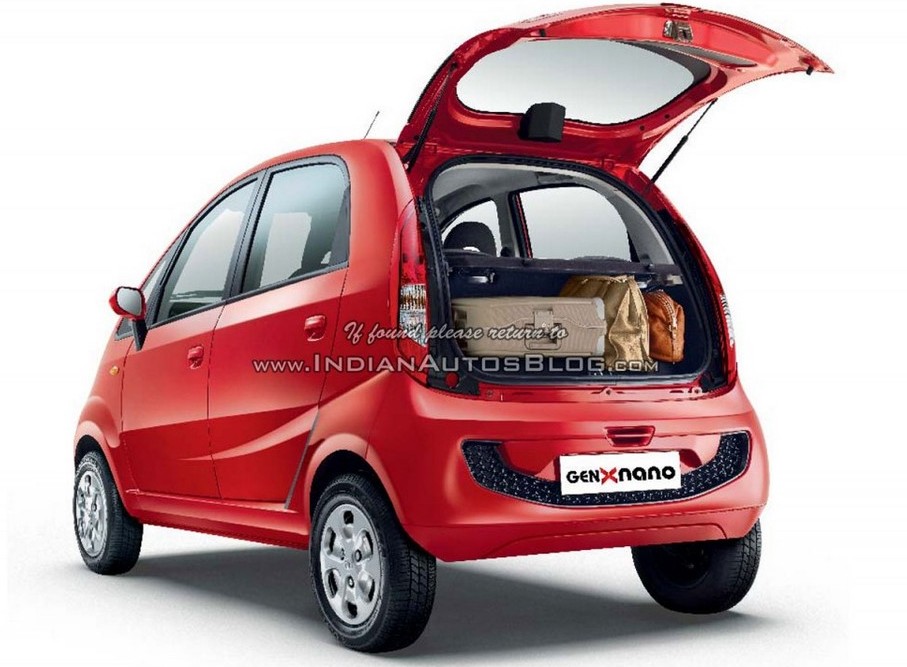 GenX will also bring with it a visual facelift to the Nano with new smilie bumpers at the front as well as rear. The new car will also be available with the regular manual transmission as well. With this we wonder what may have caused this significant fuel efficiency downgrade?