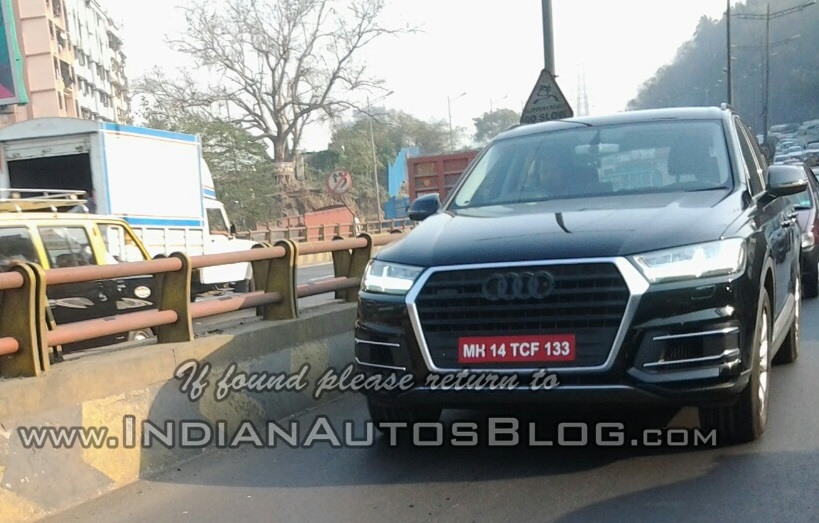 Based on the new MLB platform, the 2016 Audi Q7 was unveiled at the recent Detroit Auto Show held in January this year. Audi confirmed that the new car will be 325 kilograms lighter and claims that it will be 26 percent more efficient.

And in an update, the over 5 meter luxury SUV has been snapped testing in India in Mumbai by an Indianautosblog.com reader. The test mule pictured is running on the 3.0 liter V6 TDI diesel engine which churns out a peak power of 272hp and a massive 600Nm of torque. It is mated to an 8-speed automatic transmission which drives all the 4 wheels.

Apart from this there is a 3.0L TFSI 333 hp petrol motor which enables the SUV to reach 100kmph (from naught) in 6.1 seconds as compared to 6.3 seconds of the diesel mill for the same speed.

The new Q7 has got slimmer from outside but Audi claims that the interior space has increased. At 1995 kilograms, Q7 is the lightest SUV in its class. The company also informs that the TFSI petrol engine is 28 percent and the TDI diesel engine is 23 percent more fuel efficient. 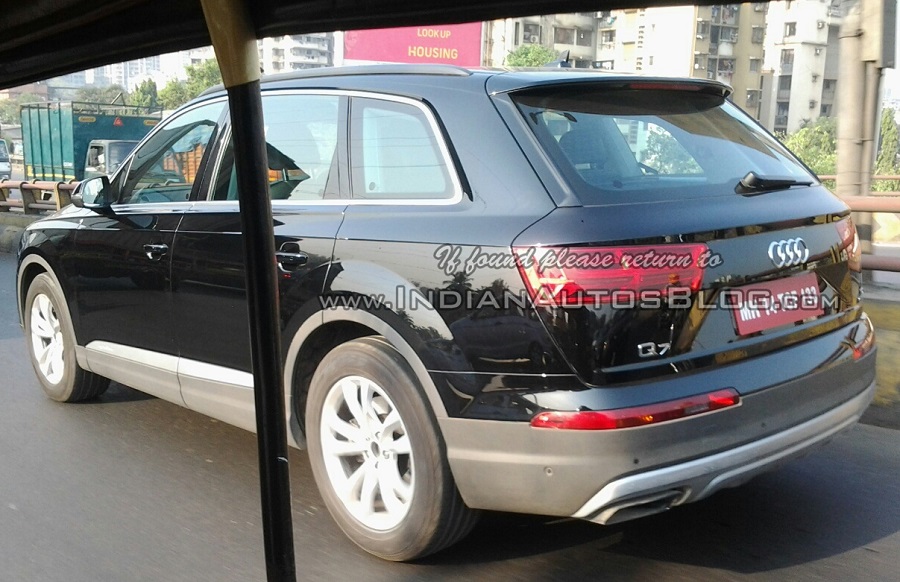 Audi is expected to launch this new 2016 Q7 in India towards the end of this year.