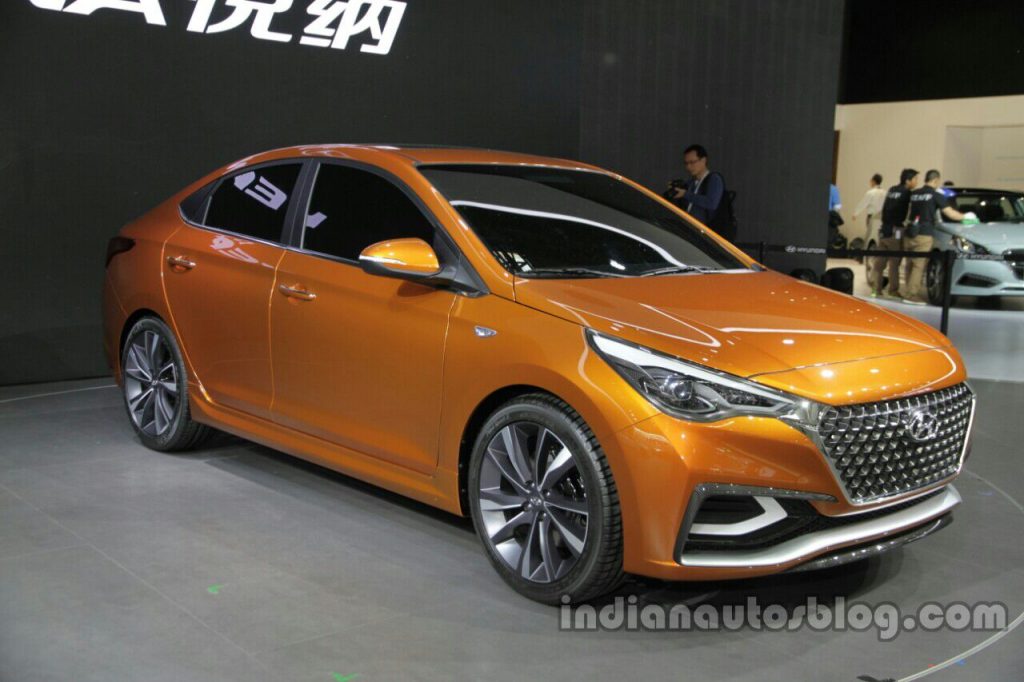 Next-Gen Verna looks smashing in concept form, with subtle hints of elite i20…

Verna in its present iteration is certainly a good looking car – a typical Hyundai! However, stiff competition from Honda City and Maruti Suzuki Ciaz has pushed this once a top seller, to the (distant) third spot in this segment. The South Korean car maker is trying hard to make the mid-size sedan, which is also sold in several other markets under different names, look more attractive.

This time they seem to have taken things to the next level. At the Auto China 2016, being held in the Chinese capital Beijing, Hyundai has showcased the 2017 Verna concept. These pictures shared by the folks at Indian Autos Blog reveal the same Fluidic Sculpture design philosophy but with the sportiness quotient on overdrive. 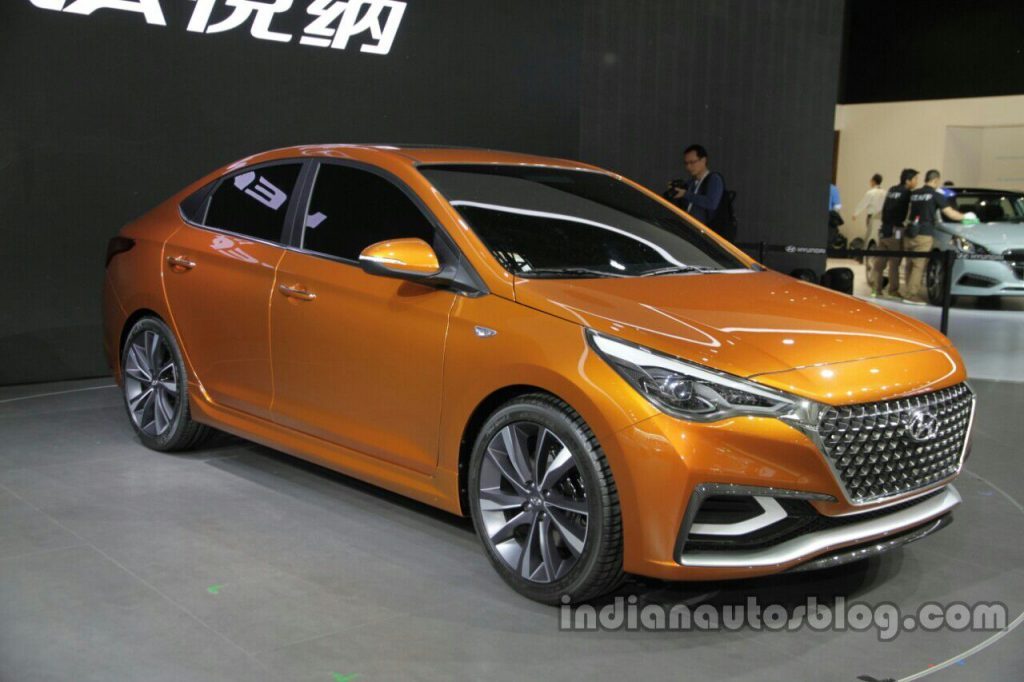 The big hexagonal grille is well complemented with the slightly larger head lamps (which carry forward the looks of the present version). The aggressive cuts on the front bumper look neat but might be toned down in the production version. The rear end gets wraparound tail lamps which reminds one of their family lineage. From the front, there is a subtle resemblance with the gorgeous i20! 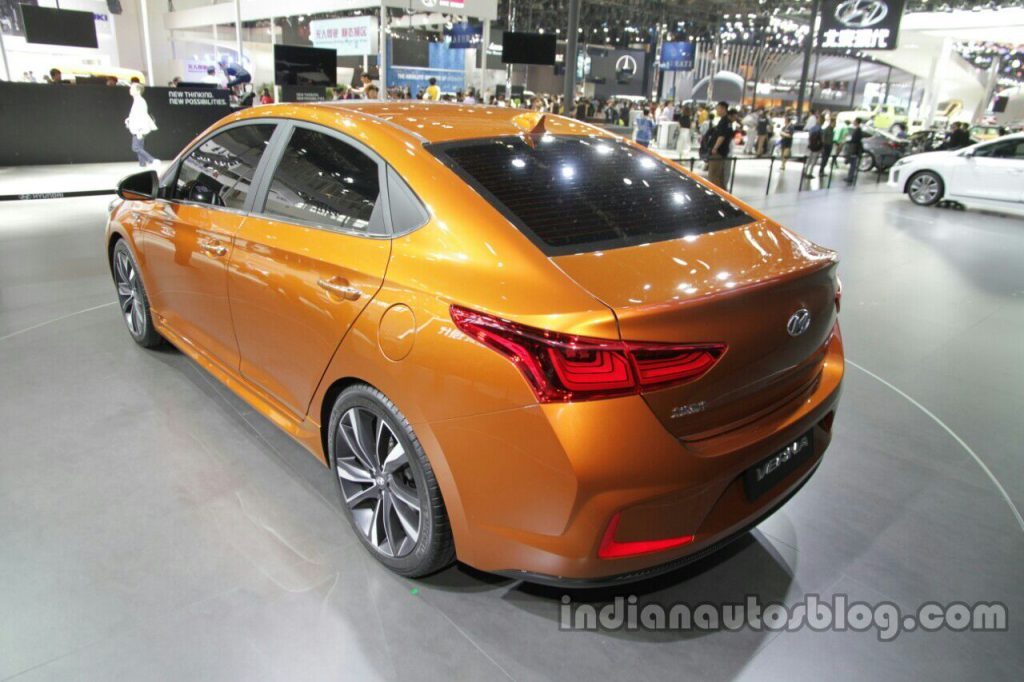 Also Read: ix20 Caught Testing in India; Launch Plans or Something Else?

Hyundai however has not revealed any engine details for the Next-Gen Verna concept which is not very surprising. We expect the car to be seen in a production ready form at some point later in the year with an Indian launch next year.