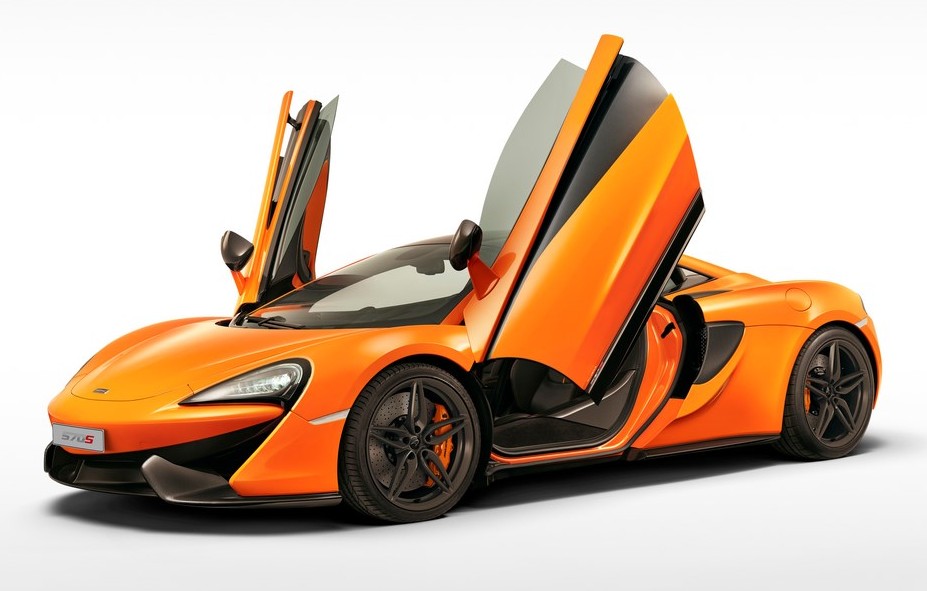 McLaren Automotive has unveiled the 570S Coupe, their first in the Sports Series, ahead of its official showcase at the 2015 New York International Auto Show. Fighting the Audi R8 and Porsche 911 Turbo, the 570S Coupe uses a 3.8 litre V8 engine and is capable of hitting a top speed of 328 kmph!

The ‘Shrinkwrapped’ and aerodynamic body with a classical sports car design, mid-engine rear-wheel drive layout and carbon fibre structure the 3799cc V8 produces 570 PS of maximum power at 7,400 rpm and 600 Nm of peak torque in the range of 5,000 to 6,500 rpm. The engine is mated with a 7 speed SSG gearbox, transferring the power to the rear wheels. The wheels are shod with Pirelli P Zero Corsa as standard. The carbon ceramic brakes too show off McLaren’s racing lineage.

The 570S Coupe weighs just 1,313 kg dry, which lends it an awesome power to weight ratio of 434 PS per tonne. But how fast is it? Well, a 0 to 100 kmph dash takes 3.2 seconds with 200 kmph coming in just 9.5 seconds. The exterior design philosophy is surprisingly curvy, even by McLaren’s standards, but make no mistake in judging it, for it sure does look a cracker. Guess we will let these pictures do the talking…