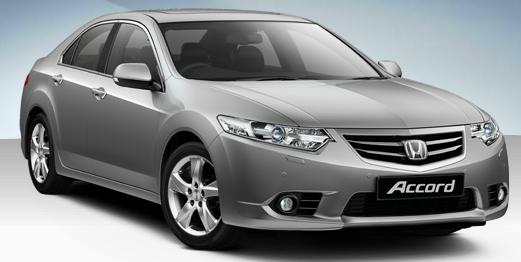 Honda seems to restructuring its Indian portfolio and the cars on offer. Honda has plans to phase out Accord from UK  and according to the new reports that are coming in, Honda might also discontinue the Accord flagship sedan from Indian market as well.

These reports come after a shocker of a decision of phasing out the current Civic from the Indian lineup. The latest 2013 Accord has just been reveled in the international markets and going by the current market trends and Honda’s policies, it will take time for us to get a glimpse of it on Indian roads, if at all Honda plans to bring it here.

Is Honda Doing it Correctly?

Shrinking the lineup would not probably do them much good, Diesel engines would! They already have 1.6L and 2.2L diesel engines in international markets. The new Diesel Brio is speculated to get a 1.2L small diesel mill. Its not really very difficult to understand that bringing in a diesel mill for the new CR-V crossover, mid-sized Civic and premium sedan Accord would bring them the much needed sales from this segment.

What is stopping them from doing this is best known to Honda but their latest practices hint at more concentration on smaller cars.

While speculations are also ripe about a small sedan version of Brio to sit under City, we might also see return of Civic with diesel hearts but a little later.