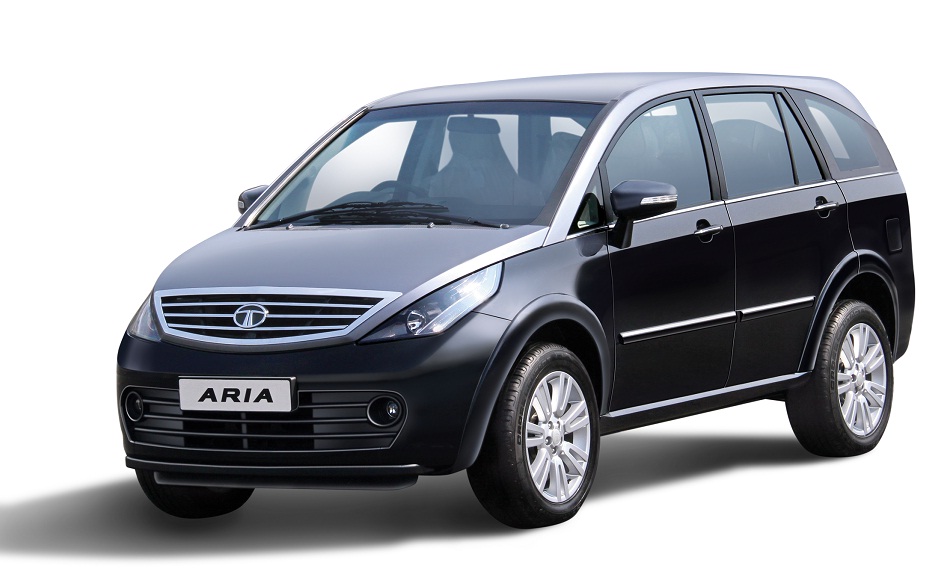 With a paltry single digit figures to show off, Tata Aria has been one of the biggest disappointments for the Pune based manufacturer.

Despite being a really good crossover, Aria has just failed miserably in the market. That is primarily attributed to the fact that people just do not approve owning a 18 Lakh Tata! Nonetheless, to clear out piling stocks, Tata is offering discounts of upto Rs 2.5Lakhs on Aria.

This price varies with the original manufacturing date of the car and surprising to know is the fact that Tata still has 2011 manufactured Aria’s at dealerships! As we hear, this offer is not valid on the latest LX variant which was launched recently under 10 Lakhs.

This story also has another angle to it! After this discount Aria also becomes cheaper than its sibling Safari Storme.

Aria Pure 4×2 is priced at Rs 12.2 Lakh and after these massive discounts of Rs 2 Lakhs, this is equal to approximately 10 Lakhs whereas Safari Storme starts at 10.3 Lakhs without any discounts.

If we consider the second trims, similar story is revealed. Aria Pleasure 4×2 is priced at Rs 13.5 Lakh and after discounts it will be approximately Rs 11 Lakh finally which is lower than Safari Storme EX which costs Rs 11.2 Lakhs!

This strategy has two disadvantages:

The third disadvantage is obviously Tata might just be thinning their profit margins big time. But everything gets overshadowed with the presence of the huge pileup of Aria’s in inventories. This appears to be a final stock clearance sale to oust the current Arias that Tata would have produced to make way for the updated 2013 Aria that is scheduled to make way soon.

But, if you like this really good crossover, at such a good rebate, it makes a real luring prospect

1 thought on “After Discounts of Upto 2.5 Lakhs Aria is Cheaper Than Safari Storme!”