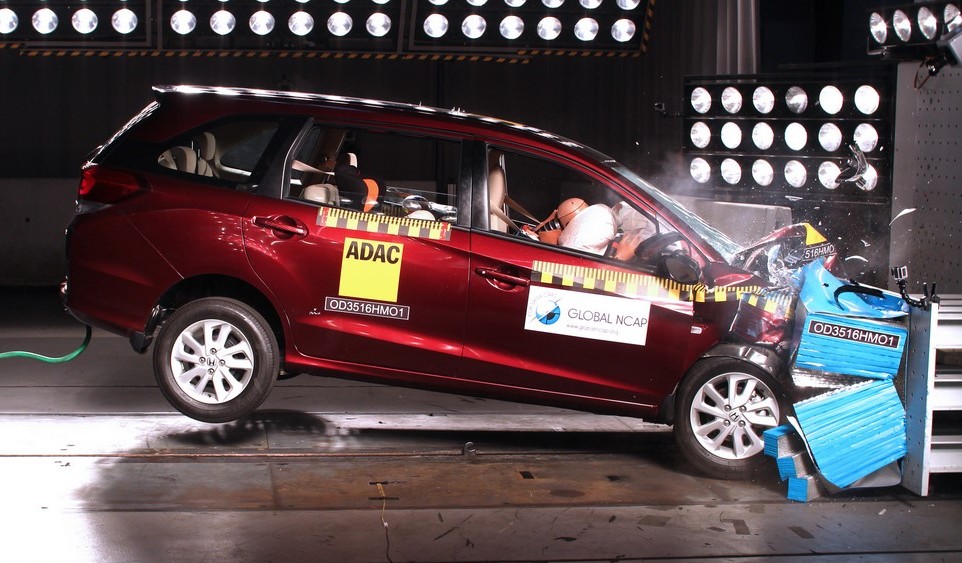 The issue of safety related to cars has been a widely neglected factor in India for a long time now. However, the market dynamics have changed vastly in the last few years. Companies have not only started offering safety features as an option, but we have also seen them make airbags as standard in higher priced products. To give you  an idea, Maruti has started offering airbags as an option while Toyota has them standard across the range. Honda’s Mobilio is another example where the car maker has been able to make the car safer thanks to the presence of airbags. 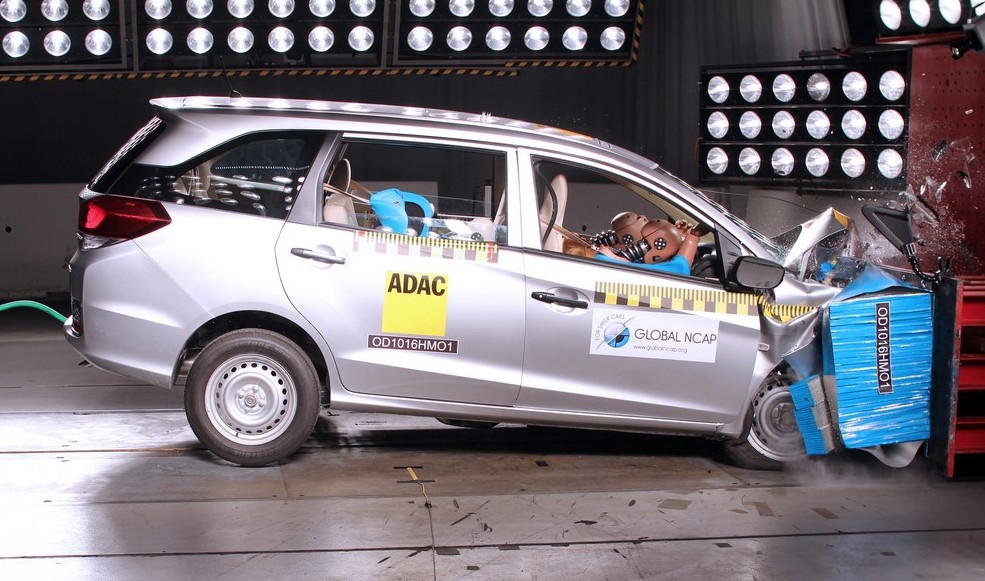 Global NCAP tested the V and base E trims. While the former came out with three stars, the latter got a 0 star rating! In the E trim, the driver and front passenger’s head get poor protection while the chest region for both was called as weak. The knee region too could get injured. The body structure of the car was however declared as stable and could take further loadings.[contextly_sidebar id=”QdwHvPBmTHqXvgcgu7lLNBNdCWHWGonx”]

Yes, all does not seem lost in case of the Honda Mobilio. Firstly, Honda has said that it will be making front dual airbags as standard in the entire line-up by April 2017. This will significantly help in reducing the number of casualties. How exactly you ask? Here’s what Global NCAP found out:

The knees though continue to be jeopardised due to the possibility of injury from the dashboard.