Chevrolet has announced that it will be showcasing the new Spark (Beat in India) for the first time at the Seoul and New York Shows on April 2, 2015. Along with that, the company has also shared an official teaser of the car.

While there has been no confirmation whether this version will make it to India or not, the new Spark does manage to emerge as a sleeker and more modern looking car.

This also confirms that the mysterious white car that was spotted earlier (also pictured below) was indeed the new Spark. Apart from the new Cruze, this is the second car in the lineup which looks a lot Hyundai than the original Chevrolet. 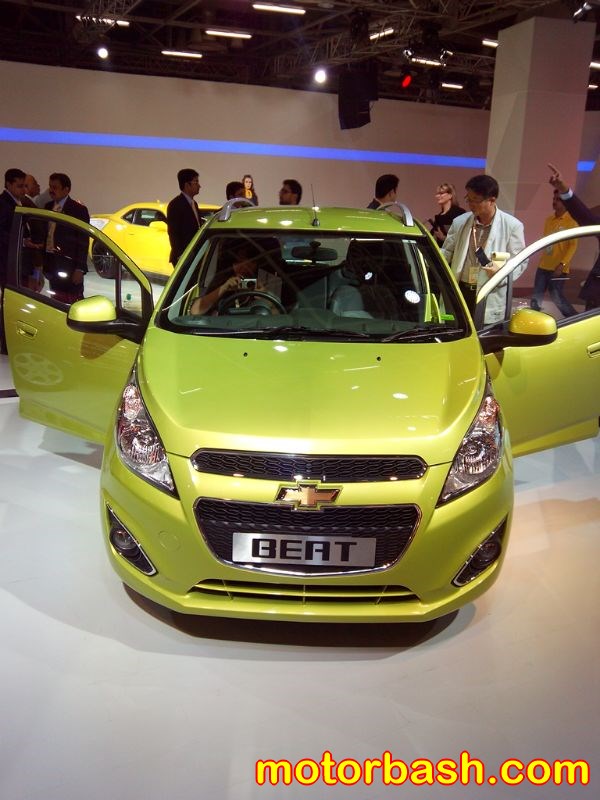 The teaser image of the car reveals that the second door handle is not present at its traditional place but shall continue to be positioned on the C pillar. The interiors may be prepped up a bit to look fresher and we hope it retains the motorcycle inspired driver information console.

Since its introduction as the Beat in India back in 2009, Chevrolet has sold over 1.1 million units of the car. Today, it is sold in 71 markets with its maximum sales being recorded in South Korea, United States and Mexico. It has also emerged to be successful in targeting first time buyers as 26 per cent of its buyers are under the age of 35.

There was a report a few days back, which revealed that Chevrolet is working on a compact sedan version of the Beat for India and we believe these are first possible hints that the new hatch will make it to our country as well and the sedan version will be based on it.