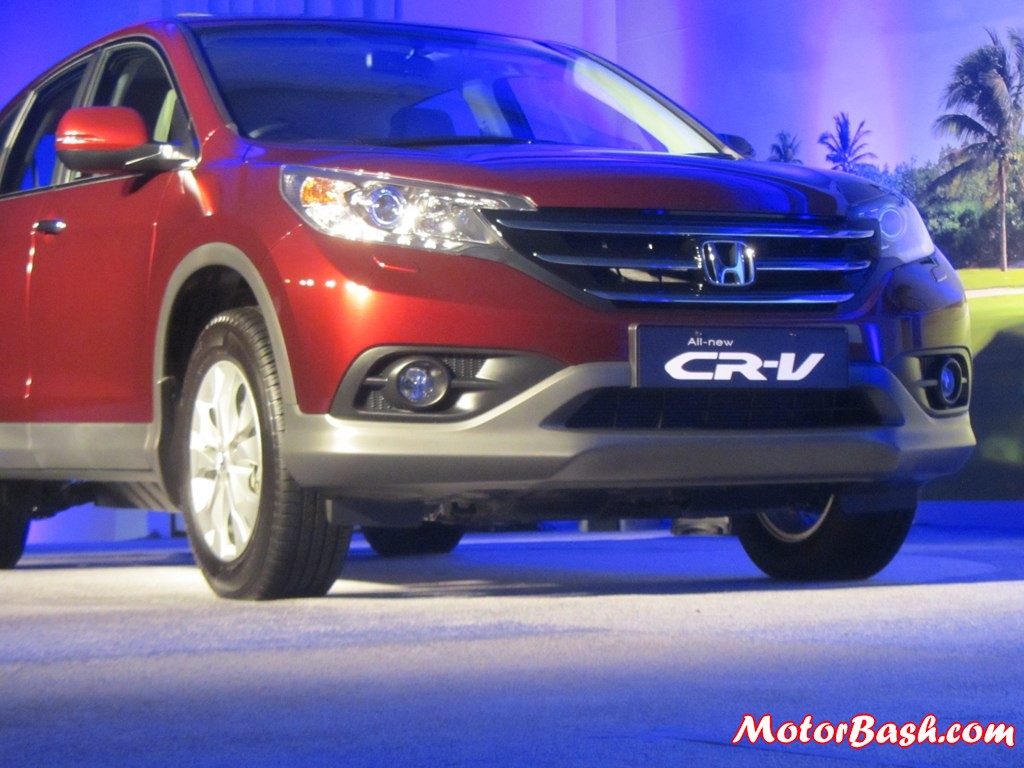 Honda introduced CR-V in 2003 as India’s first soft roader but over the time the crossover started loosing and sheen gradually almost vanished against other rivals.

Frankly speaking, we did not expect Honda to launch the new CR-V in India at all. Our Exclusive spyshots of the new CR-V which was caught in Noida back in October had us caught in a tizzy. However, the crossover is here the wait of all the aficionados is finally over with the launch of this fourth generation model of Honda CR-V on 12th February. 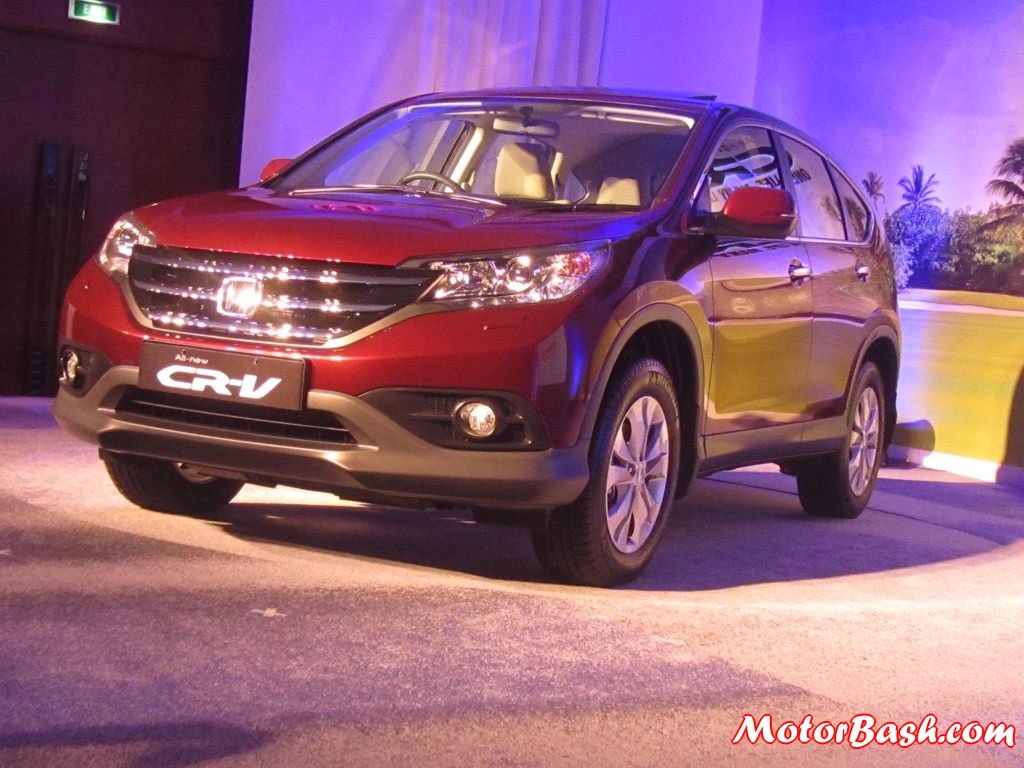 This latest model has been introduced in four variants:

The four variants will be bearing two different engines. The first two base-end models will sport a 2.0L SOHC i-VTEC petrol motor while the other two will have the more powerful 2.4L I-VTEC. The diesel version of the same is still awaited and no word has been given by Honda over this one. But as per the word on the streets the diesel version can be expected some time later probably towards the end of current year. Also, the base-end variants of the fourth generation Honda CR-V are available with two transmission gear box options – a 5 speed automatic box and a 6-speed basic manual shift stick. The upper end variants can be availed only with 5-speed automatic transmission with paddle shift option.

The new CR-V comes at a starting price of Rs.19.95 lacs (ex-showroom Delhi) which is less by Rs 3 lacs as compared to the base model of last version of Honda CR-V. As far as individual pricing is concerned the four variants are being offered in the price bracket of Rs.19.95 lacs- Rs.23.85 lacs. Here is the variantwise pricing. 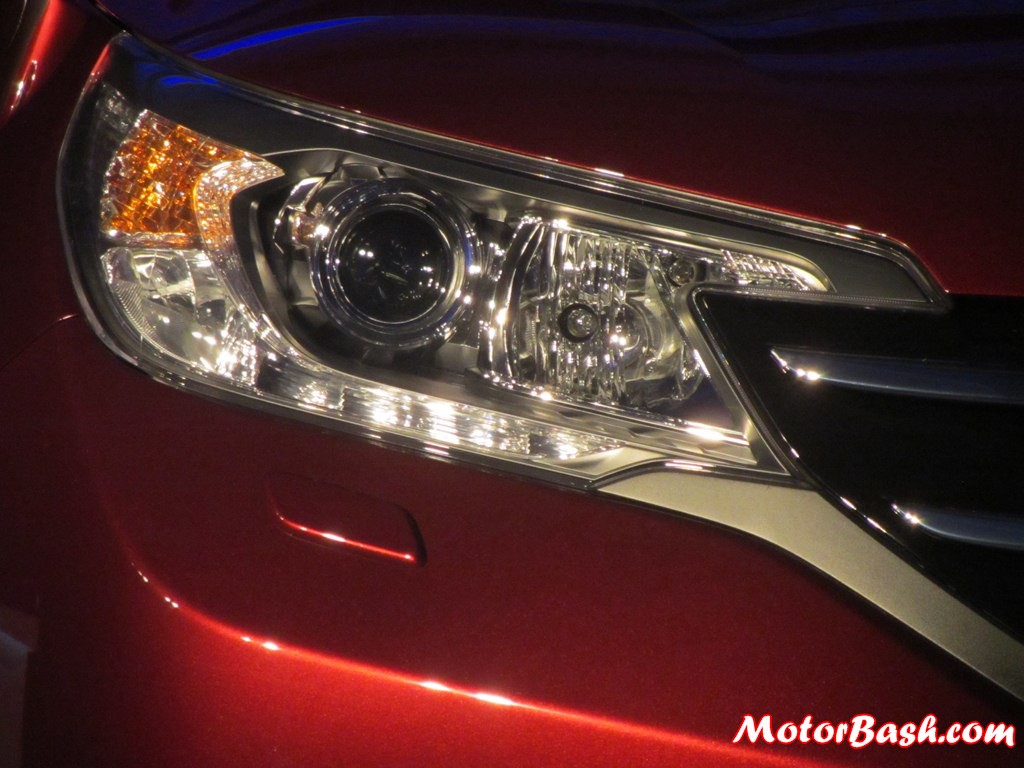 From the first looks it seems that the new CR-V has more potential than its predecessors. The new model offers more space, better performance and more advanced features than any of the earlier iterations. Not only this, in its latest appearance, CR-V looks the best to us as well.

The larger four bulb halogen headlamps, the bolder grille, oval fog lamps and the 17 inches alloy wheels gives a massive road presence to this crossover. The same ten spoke 17 inch wheels also give this crossover a pretty decent ground clearance of 185 mm which makes it a pretty useful option for a wee bit of harsh-roading as well.

As we talked about, Honda has bestowed this crossover with a 2.0 and 2.4 L SOHC i-VTEC petrol engines that will be powering two wheel drive and four wheel drive options respectively. The 2.0 liter mill, on one hand, will deliver a power of 156 PS @ 6500 rpm while the 2.4 liter engine churns out a power of 190 PS @ 7000 rpm. 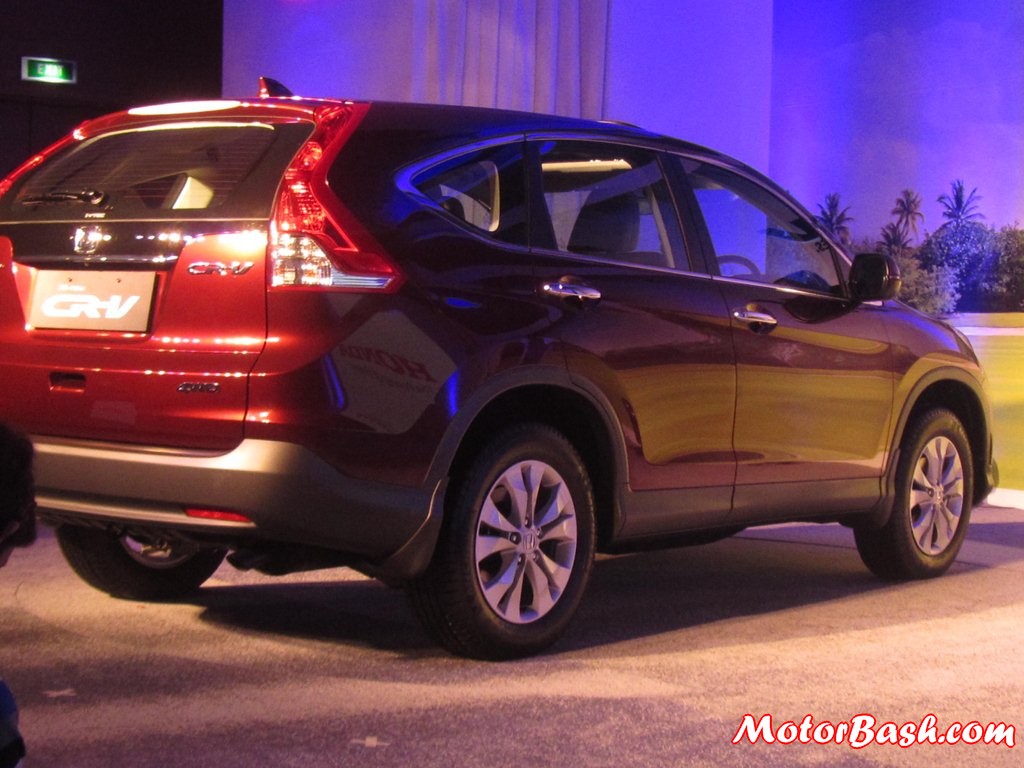 Suspension is McPherson Strut, Coil Spring at the front while the rear bears Coil Spring, double wishbone suspension. Honda CR-V comes fitted with Ventilated discs brakes at both the front and rear. All the variants of CR-V also get safety features like Anti-lock braking System (ABS) and Electronic Brake Distribution (EBD) as standard.

The comfort features of this crossover have also received an upgrade. This new version has been packed with a number of comfort and convenience features like an AVN system with a 6.1 inch touch screen display that keeps the driver abreast with various aspects related to driving like outside temperature, car speed, fuel economy and much more. This also includes an in-built satellite navigation system, Bluetooth connectivity, rear camera display etc. 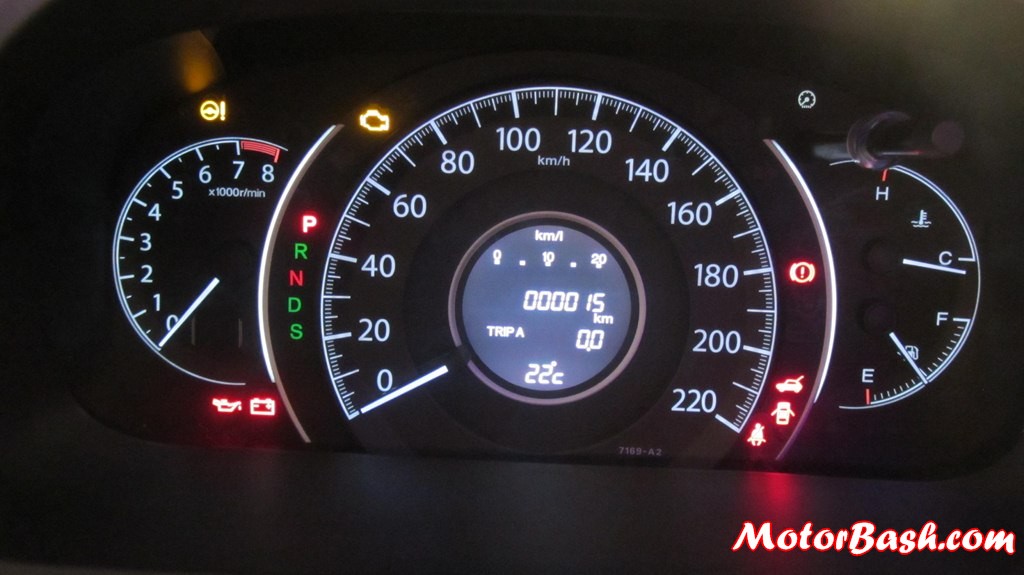 Other interior features include tilt adjustable three spoked electronic steering, a classic CD player with USB port and Aux-in along with ability to play AM/FM radio that ensures endless entertainment to accommodators of the car. The music effect can be experienced to a higher level with the help of six speakers that have been placed ideally to produce maximum sound effect for front and rear seat passengers.

As far as mileage is concerned, the smaller 2.0 liter mill manages to deliver a mileage of 13.7 kmpl while the bigger 2.4L delivers 12kmpl. For fuel conscious buyers, Honda has also equipped CR-V with ECON mode that will assist the car driver in reaching best possible mileage. 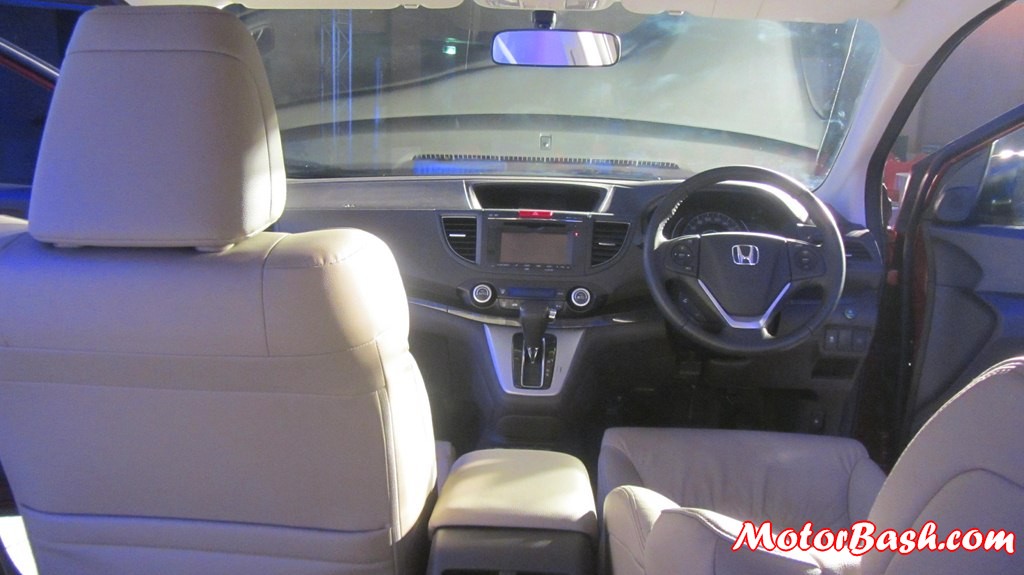 Honda CR-V will slug it out against Mahindra’s latest Ssangyong Rexton, Toyota Fortuner, Hyundai Santa Fe, Ford Endevour among others. But its the one big aspect that these machines have a better chance – they come equipped with a diesel motor which CR-V doesn’t!

Nonetheless, the new CR-V is a big improvement over the older one and with correct pricing, due to local assembly, this one gets a better chance of surviving the competition.

3 thoughts on “All New Honda CR-V: A Detailed Preview”