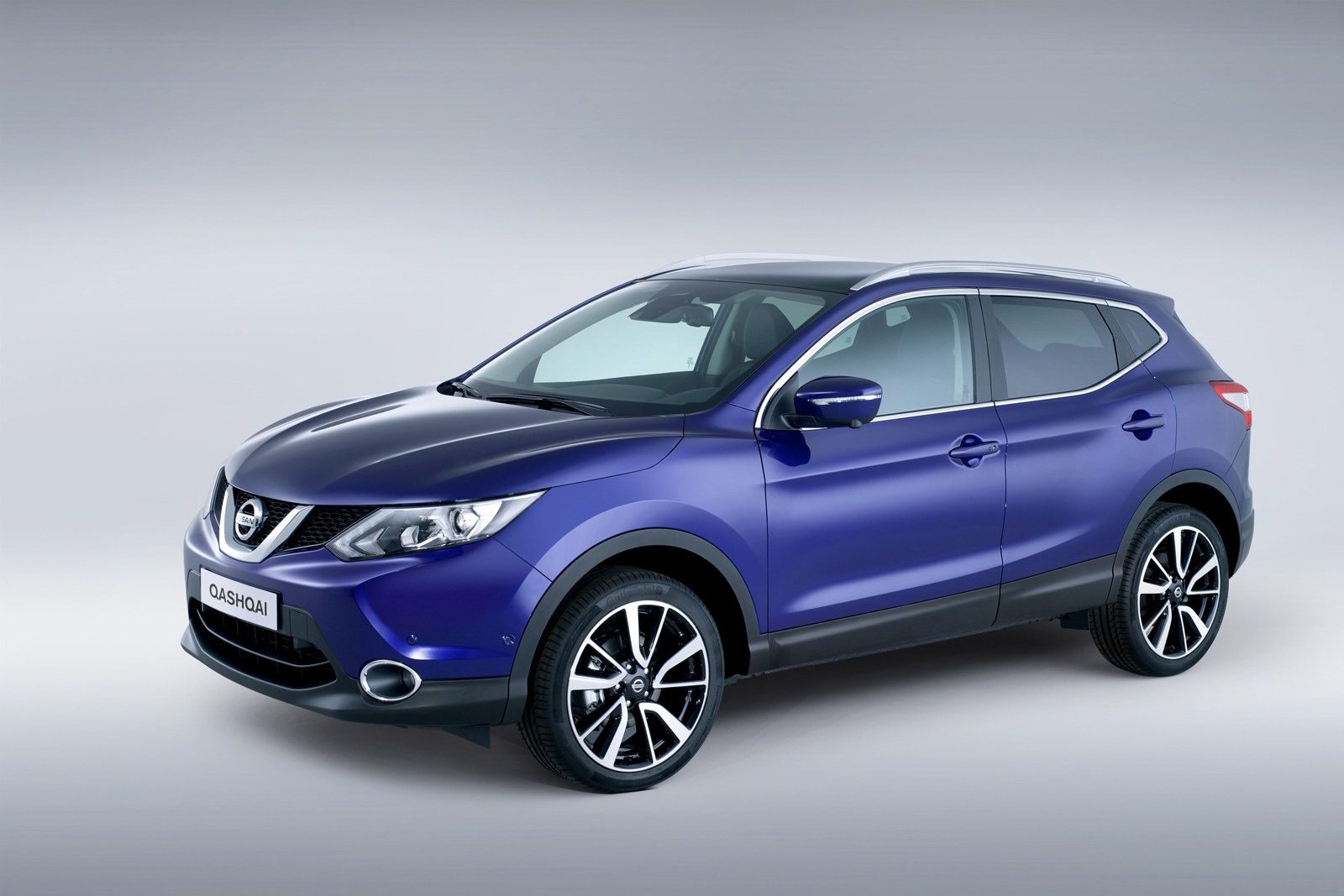 After grasping massive success with the First-Generation offering of the Qashqai crossover, Nissan is all set to build on its achievements. The Japanese manufacturer has unveiled a more stylish as well as more feature-packed Second-Generation Qashqai. 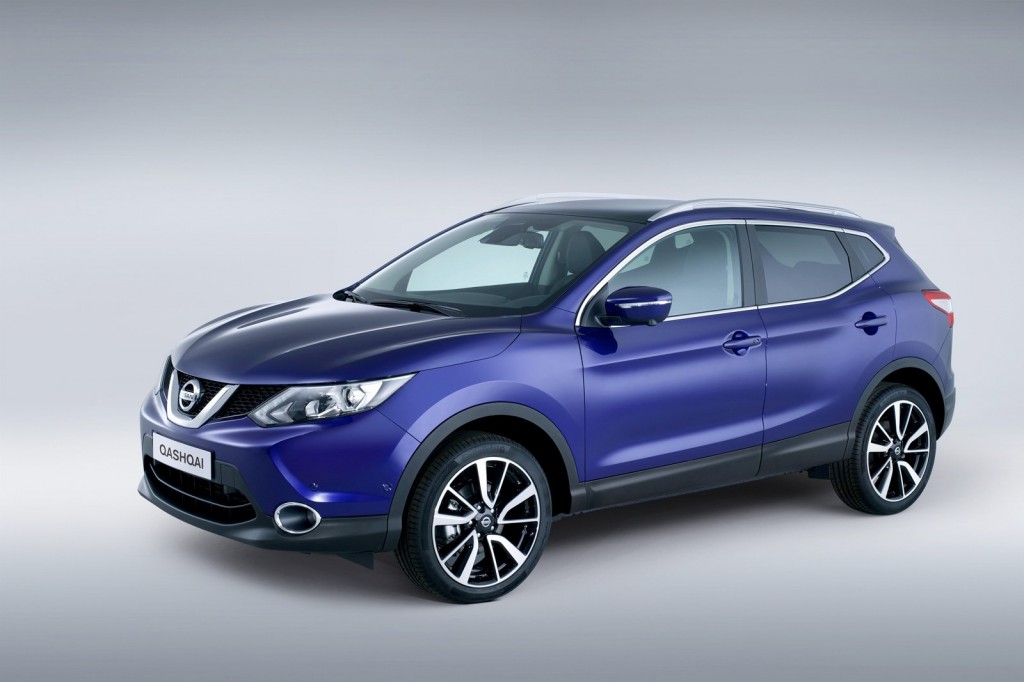 It has been claimed that the Qashqai is the most-successful Nissan model till date. Built at Nissan’s Sunderland plant in the UK, the Qashqai is sold in a handful of international markets. The new Qashqai will also continue to see its parts and panels being riveted here.  Incidentally, the latest Qashqai is the first model to be spawned out of Nissan’s CAF ( Commom Alliance Platform ). Quite similar to badge-engineering, the platform sharing hopes to roll out 11 Renault and 3 Nissan cars by 2020.

There’s no denying that the styling cues have become more dynamic. As with all crossovers, there has been an attempt to keep the dimensions within a leash to prevent hampering of city-driving characteristics. However, detailed sculpting has been carried out to give a muscular feel. 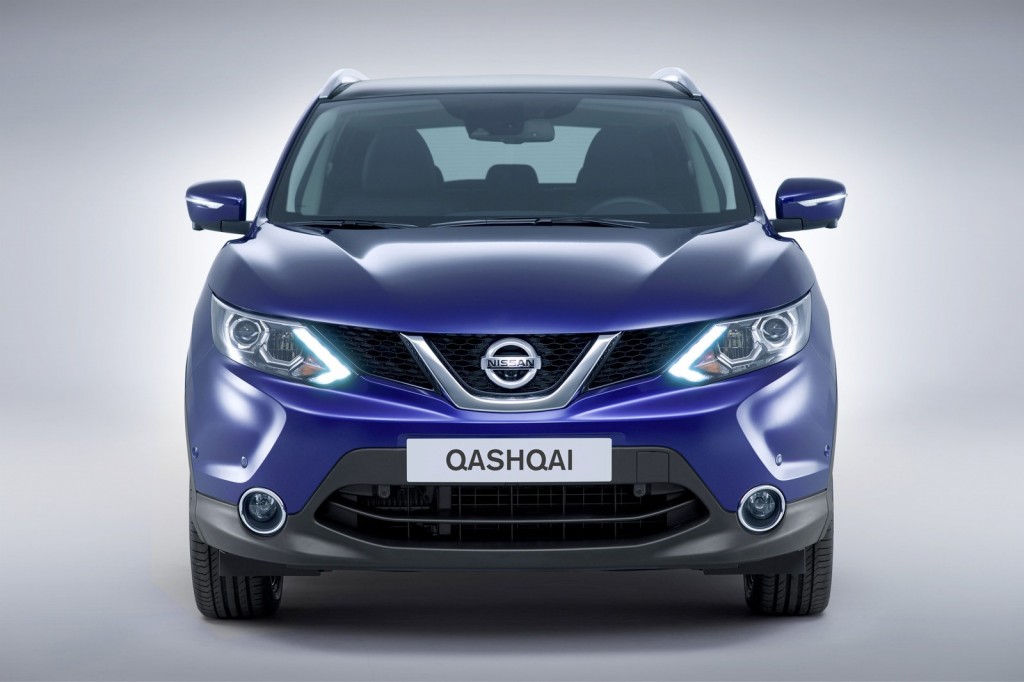 Upfront, the trademark Nissan Hamburger logo lies ensconced within the V-Shaped engine grille. Lying parallel to the chrome styling of the engine grille are a couple of LED accents. Much statement has been made in the form of the wraparound headlamps, enough to signify ease of motion and dynamicism. They lend a menacing look, too!

The sculpting begins on the front bumper, with a portion of it jutting out from the level of the headlamps and the engine grille. Below it, lies a tan plastic / fibre cladding with a couple of slats of its own. Fog lamps stay enshrined within their chrome surrounds, ready to forge a path ahead in even the most treacherous conditions. On the bonnet, there lie a couple of creases which seem to be an extension of the V-Shaped grille. Two other creases are toeing the line of the edges of the LED accents. 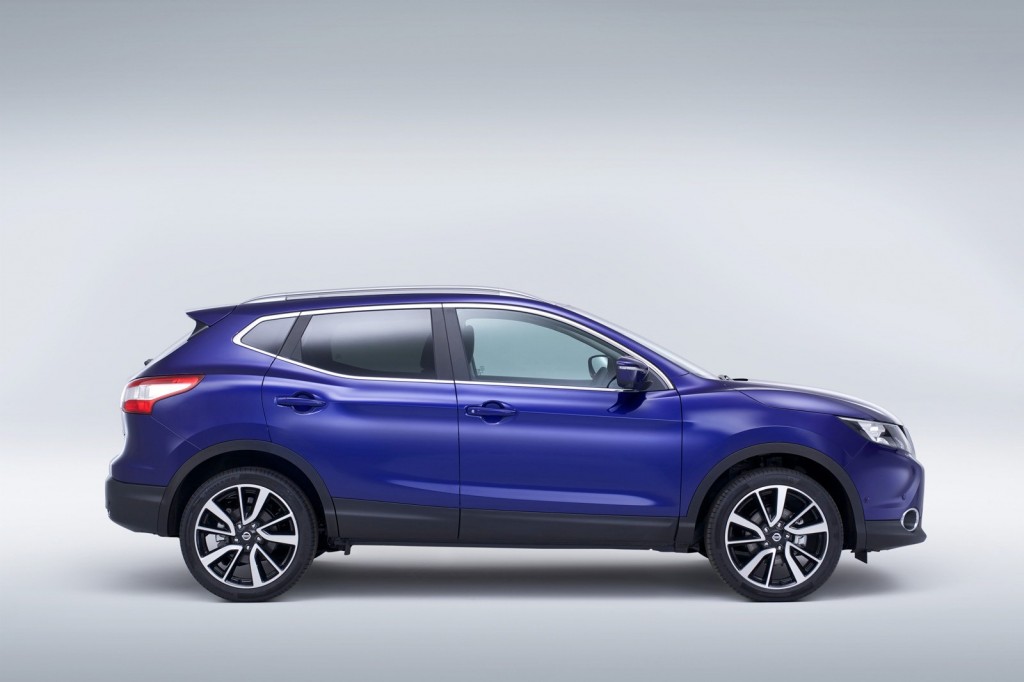 As is often expected from cars of this age, the all-new Qashqai maintains a hunched-forward profile to give the impression of aggression, ready to leap up at the slightest hint of urgency. The tan plastic / fibre cladding continues all around the car, twisting itself up under the muscular wheel arches. Under them, lie wheels with an eye-catching, assymmetric pattern. What do those patterns look like? To us, they resemble jagged shark teeth.

There is a very-pronounced Hofmeister Kink, with another very-muscular haunch below. The linings of the windows are splattered with chrome, and so are the roof rails. Body-coloured door handles and mirrors look beautiful, to say the least. Much of the present-generation styling elements base themselves on symmetry, and synchronism. You can find a glance of that architecture on the All-New Nissan Qashqai. The rear window ends up sloping forward, and is parallel to the upper-edge of the window lining just adjacent to the C-Pillar. However, the lower-edge of the same window lining takes a drastic turn and lies hand-in-hand with the window-lining near the A-Pillar.

The tail-lamps are huge, and can probably give competition to the Arrow-Shaped Taillamps of Mercedes-Benz. All we ask of Nissan is the introduction of some LED accents at the rear.

Nissan says the quality and design of materials are dramatically improved, with the new Qashqai also delivering greater occupant space and a larger luggage capacity. The cabin is very similar to that of other Nissan products like X-Trail and the Rogue. 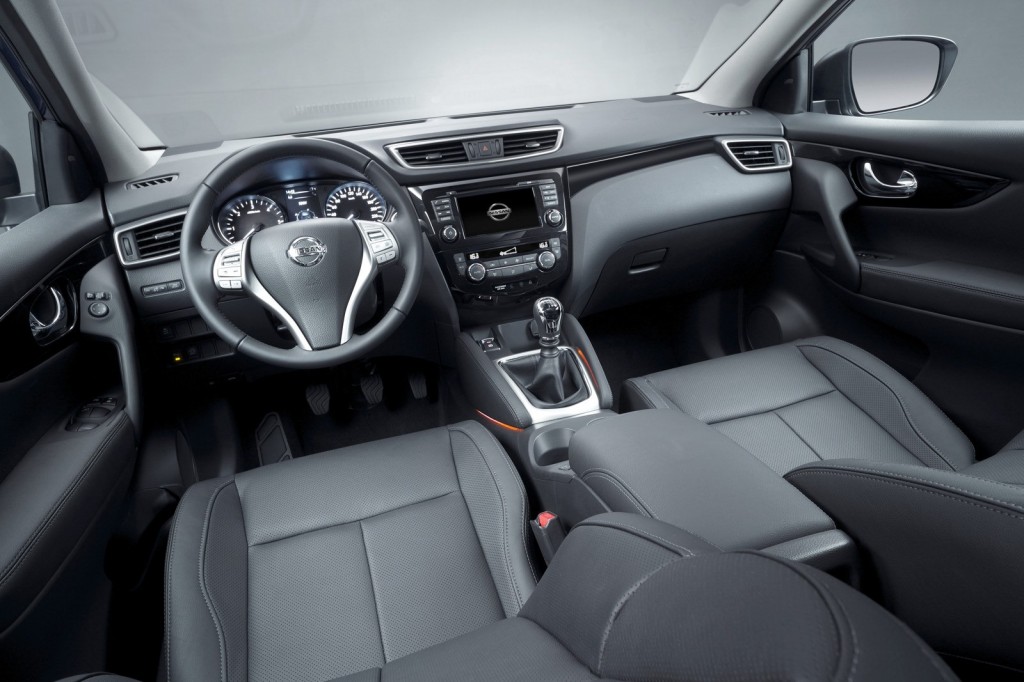 An All-Black theme does make things look sleeker. Use of chrome has been judicious, and well-thought-out. You get chrome linings on the steering wheel and the gearshift lever surround. Much lesser chrome is found around the air-conditioning vents and on the dashboard. Nissan has suggested that the biggest improvement of the all-new Qashqai lies in the interiors, as the materials used are more premium and of higher quality. 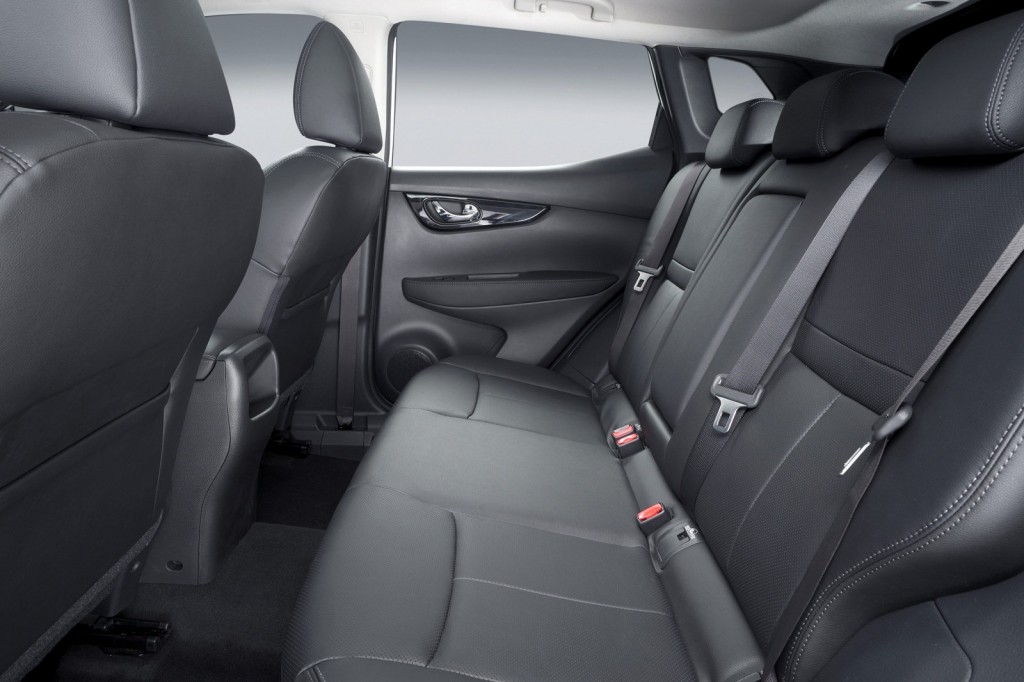 A fact worth mentioning is that the spaciousness has been increased in the All-New Qashqai over the previous iteration. This has happened inspite of the car grabbing a more sportier silhouette and dropping slightly in height.

Some appreciable features of the car :

The All-New Nissan Qashqai has the option of four engines in total, two of them being petrol options and the other two being diesel.

Nissan is offering Front Wheel Drive as a standard offering. The All-Wheel drive option can only be harnesses from a 1.6 L dCi model. Same is the case with transmissions, with a six-speed stick shifter as standard but a CVT on the 1.6 L dCi only as an option. All-wheel drive models also get multi-link rear suspension, front-drivers get twist beam rear suspension. MacPherson struts are used for the front suspension.

A whole host of features come included under the umbrella of Nissan Safety Shield. These include :

Nissan says they are en-route to launching five new crossovers in the coming 18 months. Here’s hoping that a few of them make it to India! The all-new Qashqai will go on sale in select international markets from January 2014.

In an interesting report, it has been speculated that Nissan is considering this new Qashqai for the Indian market. You can read details here. If that happens, Qashqai will be an elder sibling to Terrano and is expected to sit around the 13-18 Lakh price band. Do you like the crossover and more importantly will you want it here..?