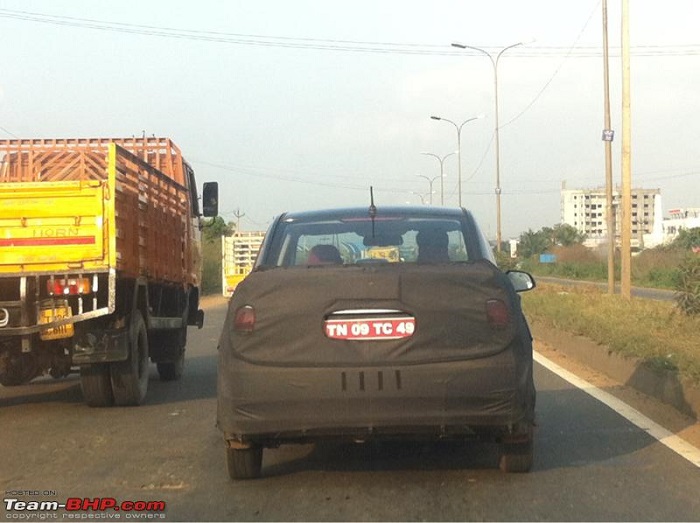 Hyundai doesn’t like to haggle around and beat around the bush too much. Days after its first on-road spyshots sneaked in, we have even got the launch date of the car in India. Now thats the way to go Hyundai!

According to Overdrive.in, Hyundai will launch the Grand i10 sedan on 4th February, a couple of days before their flagship new Santa Fe, which is expected to be a tough rival to Fortuner this time! Though the name of the car has not been disclosed yet, rumours predict Hyundai may continue the Accent label on this car. Deliveries are expected to commence in a couple of months thereafter.

Grand i10 sedan is an extended, sedan version of the successful Grand i10 hatch and will come with a boot, still managing to curtail itself under that sub 4 meter mark. The petrol Kappa2 petrol engine will definitely be present, its a confusion in the diesel engine that the new sedan will sport.

While many online reports indicate the presence of the same 1.1U2 diesel engine, a Hyundai official was recorded claiming that the sedan version of Grand i10 will sport a more powerful engine (report here), leading us to believe in the possibility of the 1.4L CRDI engine from i20. 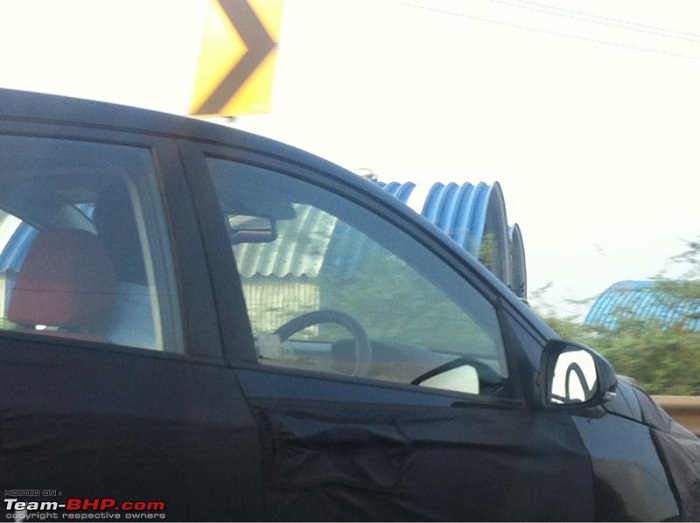 Looks like these details will get cleared only as we approach closer to February. We wish it turns out to be the bigger 90PS motor because the 71PS U2 engine will be a tad too underpowered for a car that qualifies to be called as a ‘sedan’! However, if it indeed is a carryover from Grand i10, be rest assured to drive one of the most fuel efficient compact sedans in the country! 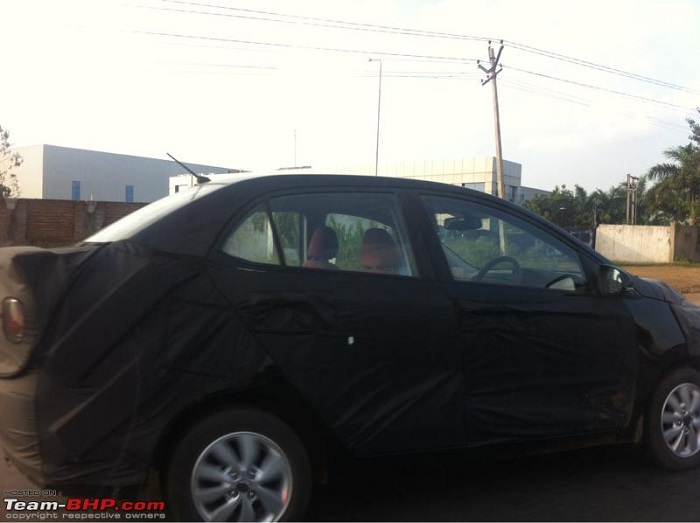 Meanwhile, the spottings of the car continue to bewilder spy photographers. This new set of pics come from Arjun Reddy, a Team-BHP member. This is a new black coloured mule with alloy wheels, integrated turn indicators and adjustable front seat head rests. It was snapped around Hyundai’s factory and reportedly headed towards Chennai. It would be very interesting to see how proportioned Hyundai can make its sub 4-meter sedan considering the real horrific outcomes we have seen!

So, if you are eyeing either the Amaze or Dzire, we suggest you to hold onto your bookings for a few more days and then take a decision.

Also Check out: SPIED: Hyundai ix20 Mini-MPV Testing in India; Is It The India Bound MPV?