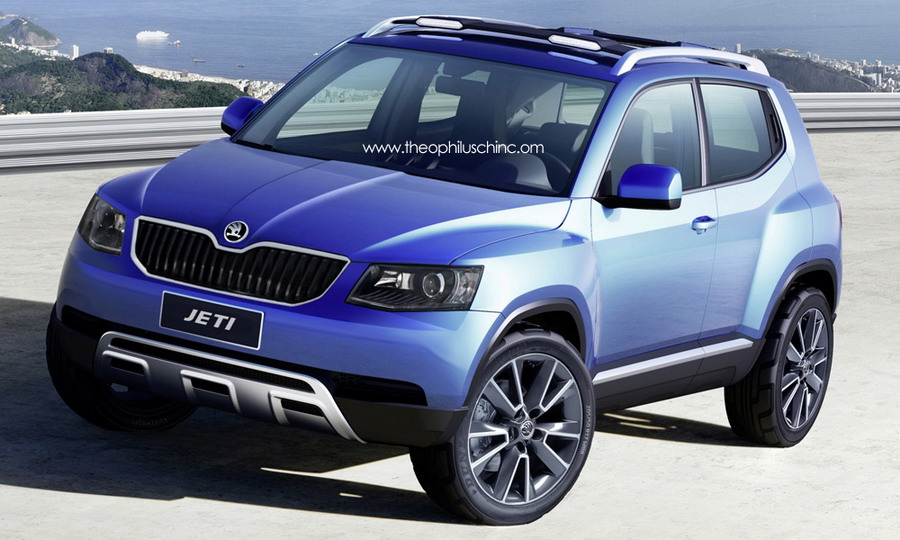 We know how potent a product is Skoda Yeti. What it lacks is a correct positioning in the Indian market. Being a compact SUV, it fights with SUVs almost double its size.

And to make things worst, Renault Duster made an entry into India. Nonetheless, barely a few days back it has been revealed that Volkswagen is considering their compact SUV Taigun for India. Taigun, with its very compact dimensions, should compete with Ford EcoSport and others.

We are not sure if any such thing exists as of now, but theophiluschin.com has come up with a fantastic render of what they call as Skoda Jeti. ‘Jeti’ is a combination of ‘Junior’ and ‘Yeti’. This rendering is based on Volskwagen Taigun and gets the Skoda trademark butterfly grille as well as meaner headlamps.

If Skoda ever wants to do this project, we will definitely urge the Czech manufacturer to make it look like this. And we also urge Skoda, to do it!