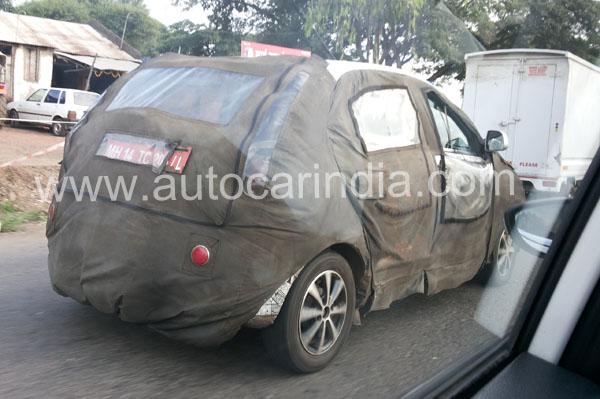 And Tata continues testing its Vista facelift which is the car that is being touted to replace the current Vista and with a new name. It is internally being called as ‘Falcon’ and an official showcase will be at the Auto Expo in February. 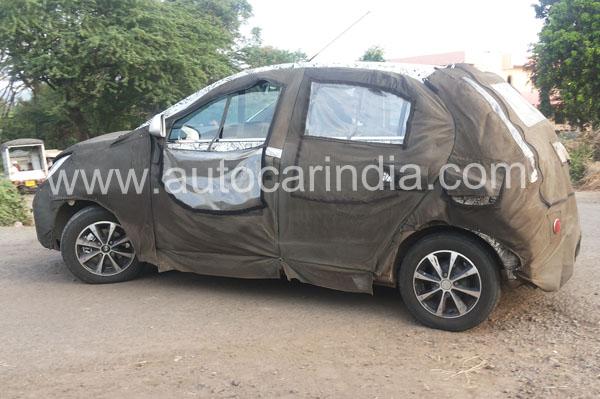 Basic silhouette of the car, under those wraps, looks similar to the Vista we have in the market but we would still believe Tata will do a comprehensive makeover to the car to justify the new name/brand. This also goes to the overall quality of the vehicle to ensure they keep the promise of providing niggle free cars in the future. 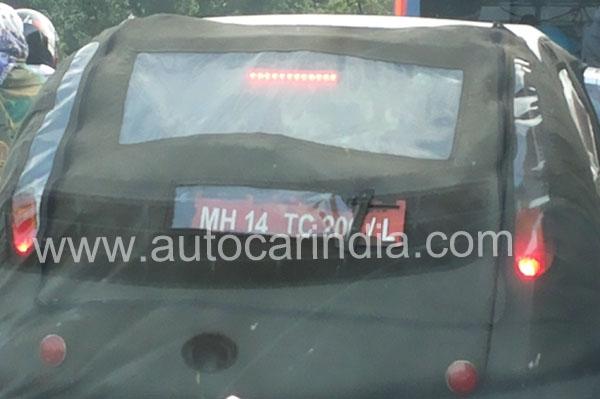 It will continue with the 1.3L multijet diesel engine and is expected to get a turbocharged version of 1.2L petrol engine. The new pics, courtesy Autocarindia.com, continue to suggest comprehensive changes to the front as well as rear. While the front may draw inspiration from the S-concept Tata showcased long back, the rear gets a non-Christmas-tree tail like assembly (finally!), hatch mounted number plate (instead of the rear bumper mounted one on the current Vista) among other changes.

We hope we get a detailed look of the car as soon as possible to ascertain the changes Tata is planning to incorporate. However, we are a firm believe of the fact that Tata’s cars should now start looking something different from ‘Indica’. Almost every car looks like a smaller or bigger version of Indica.

If you have any more details about this Falcon 4, do share with us in the comments section below.