Update: Hyundai has launched the Grand i10X in Indonesia which gets the following features…

So, its not only in India, but the world over companies are toying with the idea of cross hatchbacks. Cross hatchbacks are your everyday hatchbacks with the added puff of crossovers. Some companies put together real crossover traits and some just market it as a ‘crossover’!

Indonesia is all set to get the Grand i10X, a cross version of Grand i10 as can be understood by these leaked spy pics of its brochure by Autonetmagz. In terms of changes it gets front and rear under-bumper protectors with skid plates, exhaust tip, leather wrapped steering wheel and a few minor cosmetic add-ons. Power is provided by the same 1.2 liter VTVT petrol mill which is mated to a 5 speed transmission. 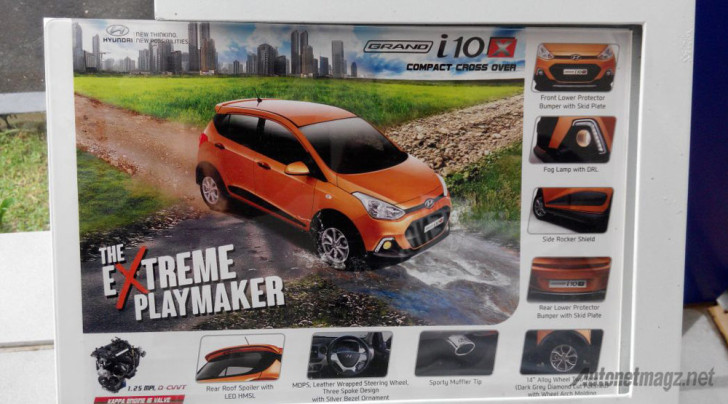 It appears that the ground clearance and other bits remain unaltered and hence it is one of those useless cars which are encashed upon by the companies for literally nothing, just as we have the Etios Cross and Cross Polo in India. 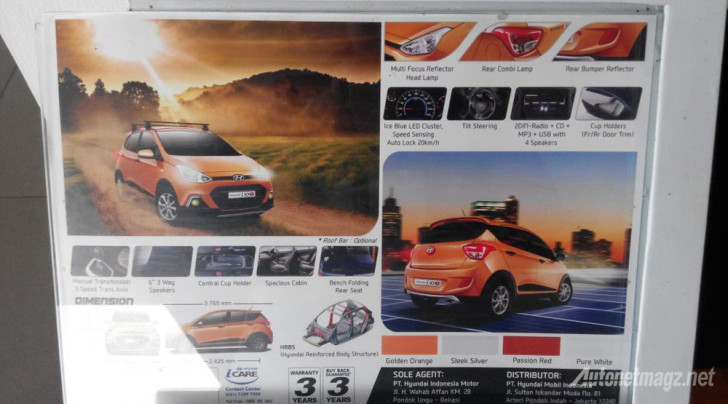 Talking about India, Hyundai has recently launched the i20 Active which is a cross version of the gorgeous looker elite i20 hatchback, both of which are not sold in Indonesia. Considering that Indonesia will get this Grand i10X made in India, Hyundai just need to get it approved for our domestic market and can launch it up. However, we would not really want to get another marketing gimmick unless it has some wee bit of crossover traits!