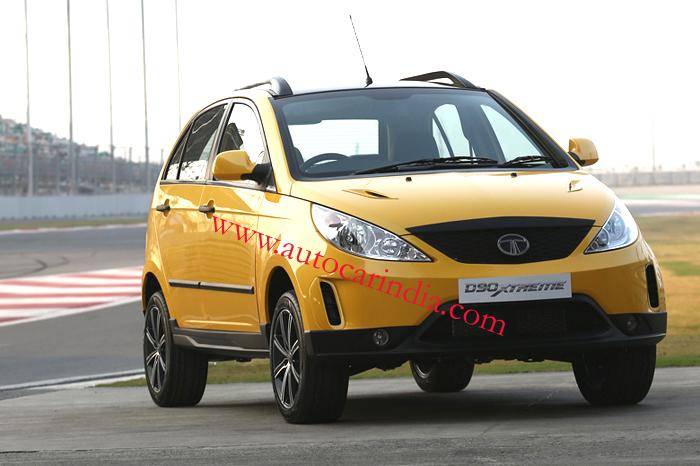 Tata Motors, India’s fourth-largest passenger vehicle maker is not doing well. And that’s official and known to the world! What’s giving it a bad report card is dynamism, or rather the lack of it, both in new product conception and launch.

In an interview, Tata’s head Karl Slym himself revealed that Safari Storme was slated for a 2007 launch (more details)! In a dynamic market like ours, you can not survive if you delay products for so long. This lacklustrous attitude is what is killing the company!

That, however, is likely to change, according to various reports in public domain. Tata Motors is planning a slew of new products for the next couple of years and it seems it is finally shedding its unexplainable aversion in developing a petrol driven family car.

In an interesting article on Economic Times, we are left a little confused! Contrary to the earlier report, it seems the diesel Vista and Manza will still be produced in the coming years, their platform will be shared by a new premium hatchback and a sub-4 metre compact sedan probably featuring a 1.2 litre turbocharged petrol engine. These new cars will purportedly take on the Maruti Suzuki Swift, Dzire, Honda Amaze and Hyundai’s upcoming entry level sedan.

If Tata Motors could make the Falcon 4 and Falcon 5 (the new development models are named thus) lighter and peppier, and utilize effectively the vast reach its dealership has across the country, the competition will have every reason to be weary. How it pans out remains to be seen.

The other segment which has caught the fancy of our Indian customers is the compact SUV. Surprisingly, Tata Motors has nothing to offer to this particular segment yet.

The products catering to the premium hatchback and compact SUV/crossover segment, which are under development in Tata Motors, could see the light of the day sometime in the year 2014. We might even see them during the Auto Expo 2014 in February.

Now, here is the confusion! Economic Times reports that apart from whatever products are mentioned above, Tata Motors is also developing two more models for the year 2015 – a hatchback based on X0 platform and a compact sedan called as ‘Kite’. I know this has left you and me confused! Let us decipher what products have we talked about:

And a compact SUV/Crossover which is under wraps. We will still wait for more updates to understand this lineup. What is certain is that, Tata is working on a number of products and they have also claimed that their products are now niggle-free. Let’s see what do we have on offer in the coming Auto Expo.