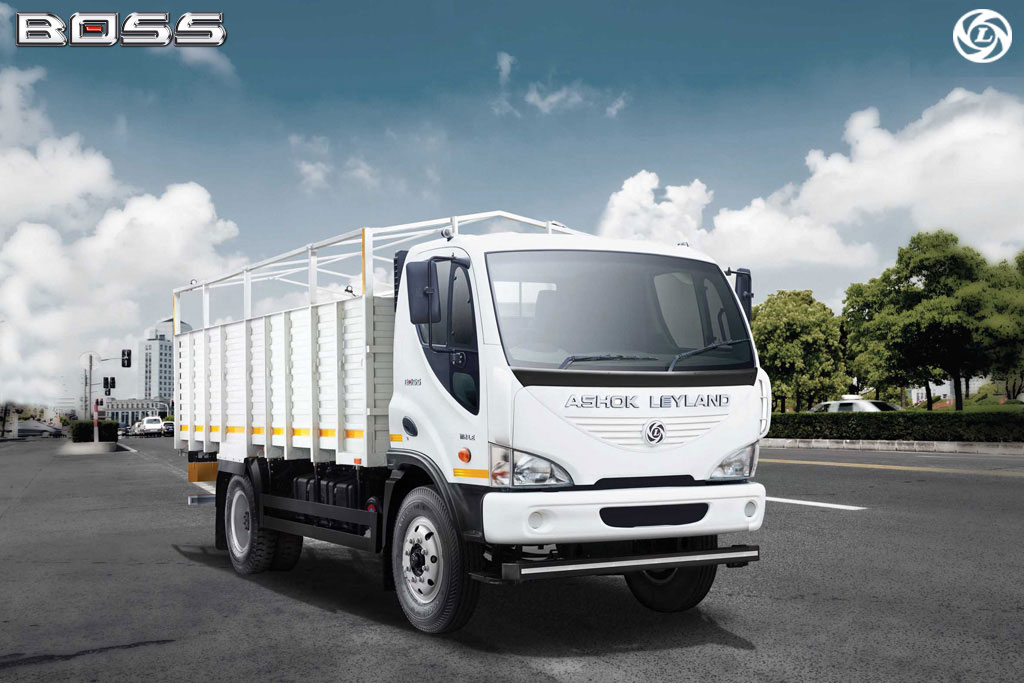 It was a pleasant surprise to learn that the Leyland ‘BOSS’ has its very own website. Another thing that warmed the careworn heart today was the ‘Driver Kit’ that Ashok Leyland offers with its BOSS brand of trucks.

The kit contains a windcheater, couple of t-shirts, a torch, a document holder, a travel charger, and a very thoughtful miniature BOSS replica as well; obviously intended for the kid back home.

The BOSS was launched in Delhi yesterday and Ashok Leyland is calling it the next-generation intermediate commercial vehicle. Ashok Leyland already test-launched the BOSS in Madurai September 2013 and the recent Delhi launch is just another expansion of its market.

The BOSS brand vehicles are positioned to serve the haulage segment with 9.6T, 11.9T, and 12.9T GVW and are priced between INR 10.5 lakhs and INR 12 lakhs depending on the models and the load span. 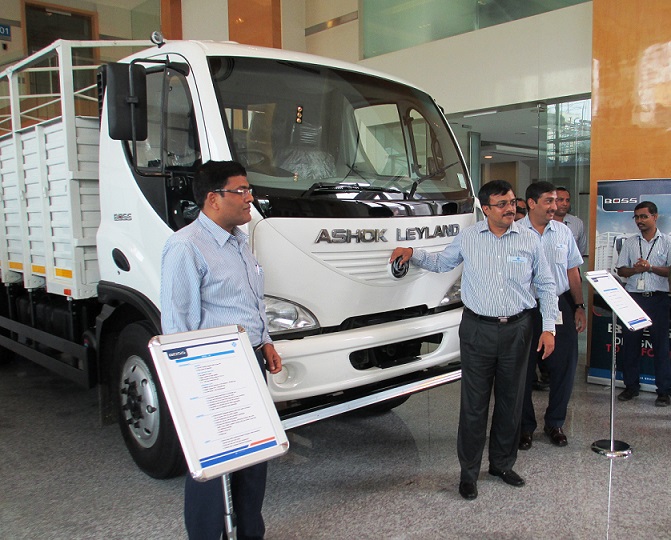 Broadly, the BOSS is available in 2 variants – the LE and LX.

The BOSS LE is equipped with a 120 bhp H-series BS3 engine with an in-line fuel injection pump – an industry first – and a 6-speed overdrive gearbox that delivers superior mileage. The max torque of 415 Nm is generated at around 1600 RPM. The maximum speed achievable is 96 km/hr.

The BOSS LX has the industry-first – Automated Manual Transmission – that eliminates the need for clutch operation while shifting gear. The AMT, in general, is known for aiding driver comfort while offering consistent and superior fuel efficiency. The LX range of BOSS comes equipped with 130 bhp common rail engine and a factory-fitted air-conditioning unit. The torque peaks at 450 Nm at 1500 RPM and the max speed attainable is 100 km/hr.

The features and other details of BOSS are covered extensively in an earlier article here.