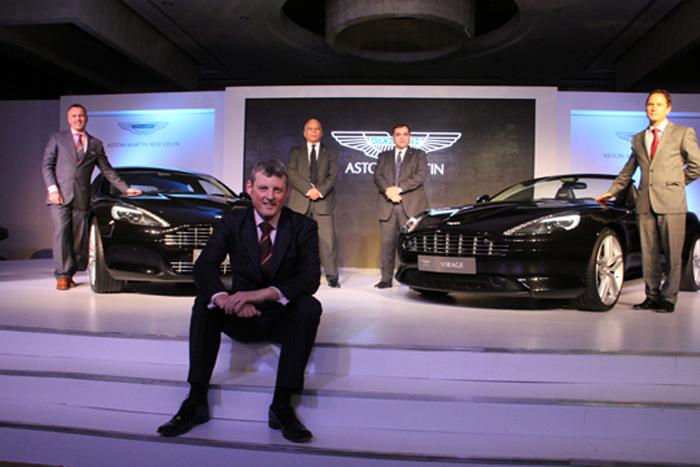 It is a saying among all the Supercar manufacturers that India is a big contribution for their sales figures. Well, the British supercar maker Aston Martin is yet to experience the truthfulness of this saying as they’re facing a hard time with decreasing sales figures across the globe.

As a matter of fact, Aston Martin entered the Indian Car Market back in April 2011; late compared to its tough competitors. Till now the only Aston Martin Dealership in India was in the Financial Capital of India, Mumbai. On 4th May, 2012 they have inaugurated a 13,000 square feet Dealership in the National Capital of India, New Delhi with a new hope of selling more cars in Indian Car Market. Select Cars is in charge of managing the new outlet. These dealerships sell the entire line-up of Aston Martin Supercars ranging from Rs. 1.8 Crores to Rs. 4 Crores.

Back in 2007, Aston Martin sold more than 7,000 units globally, but the figures are stuck at 4,200 units during both the years 2010 and 2011. Mr. Andy Gawthrope, Global Sales Director, Aston Martin told reporters: “It has taken us sometime to come here as we were strengthening our existing bases like the US and Europe. Now we want to be strong in 160 to 170 key locations including Mumbai and Delhi”.

When asked about the decreasing sales figures and expectations from Indian Car Market, he said: “The global market has not recovered yet. Economic conditions in the US, UKand in Europe are very different and difficult today then what we had in 2007” and “We want to do good here. It is a long term business” respectively.