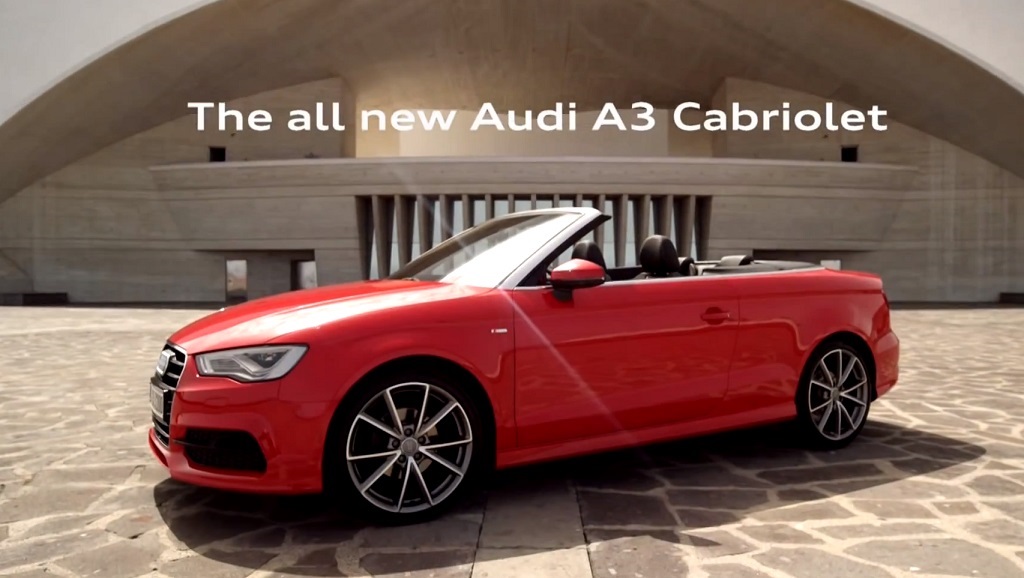 Audi will be launching the A3 Cabriolet in India this week on Thursday. Yes the World Car of the Year 2014 has a convertible sibling, and she looks pretty! The Cabriolet was first displayed in India at this year’s Auto Expo in February, and it did make a lot of people salivate. The car though was showcased to increase the interest among the prospective buyers, attracting them towards the A3 sedan.

The single biggest attraction of the A3 Cabriolet is undoubtedly the fabric roof which can be taken off or put back on at just the push of a button. The roof fabric rests on a lightweight kinematic skeleton (magnesium steel) so it can be operated even when the car is moving at 50 km/h. Plus, 18 seconds is all it takes for the convertible to lose its, er, top.

The sad part? Unlike the A3 sedan which is assembled at Audi’s Aurangabad plant, the Cabriolet will, in all probability, be brought to India via the Completely Built Unit (CBU) route. So don’t expect an attractive price tag like that of its sedan version which is available at INR 22.95 lakh (ex-showroom, Delhi). We reckon it to retail for around 40 lakh rupees, which would still make it one of the cheapest convertibles to buy in our country. Yes, Audi won’t be looking at volumes from this one, but would be positioning it as a niche product. 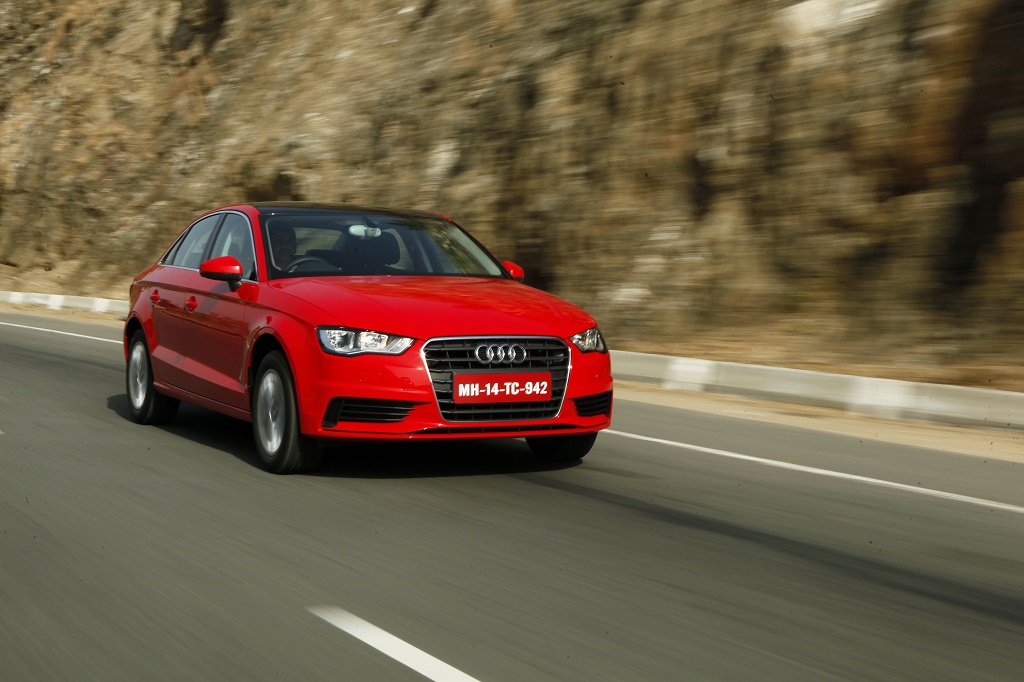 While the sedan version got both petrol and diesel engine options, the Cabriolet, if the market trend (of offering a single petrol option in such scenarios) is followed, will mostly probably be getting just the 1.8-litre TFSI motor that puts out 180 PS of peak power and 350 Nm of torque. Transmission duties will be administered by a 6-speed DSG gearbox.

More on it during the launch! Two more days to go…