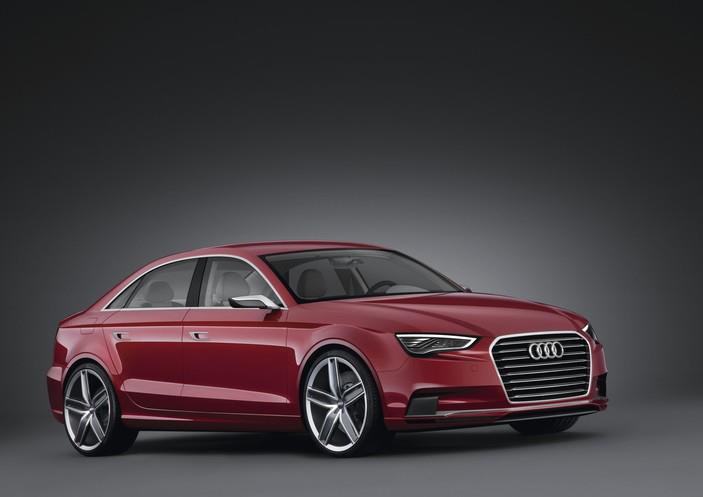 As per plans, Audi is developing a sedan based on the A3 platform.  As for the time of launch, Audi has revealed on their official Facebook page  that the A3 Sedan “is confirmed for U.S. release late this year”. So, we can expect the first glimpse of the production version of this four-door sedan at the 2012 Paris Motor Show in September, or 2012 Los Angeles Auto Show in November. The commencement of sales of this cars is expected around December of this year.

This A3 sedan will be developed on the new MQB Modular Platform, same as A3 hatch. The hatch and the sedan will share the same interior design and engine options. Previously we had a glimpse of the A3 sedan at the Geneva Auto Show 2011 that had a 2.5-Litre In-Line Five Turbocharged Diesel Engine, producing 402 BHP and another was  the 2011 Shanghai Auto Show where the A3 sedan came with an e-Tron Gasoline-Electric Hybrid engine.

As far as the production model is concerned, it is supposed to be more realistic in case of design and engine options. A 2.0-Litre TFSI Petrol and a fuel efficient 2.0-Litre TDI Diesel engine make sense. There’s no concrete information regarding the engine and the transmission options that will be offered, but we’ll let you know as and when they are revealed.

The German Auto Major is also thinking of bringing in the A3 Hatchback (The New 3-Door or the 5-Door Sportback Model) and the Next Generation Convertible in the U.S. Auto Market. Well, it’ll need some time for the company to make the final decisions we suppose.

Just yesterday, Audi has also confirmed the A3 sedan for India. A3 would be the smallest Audi in India and it is expected to be launched in 2014.