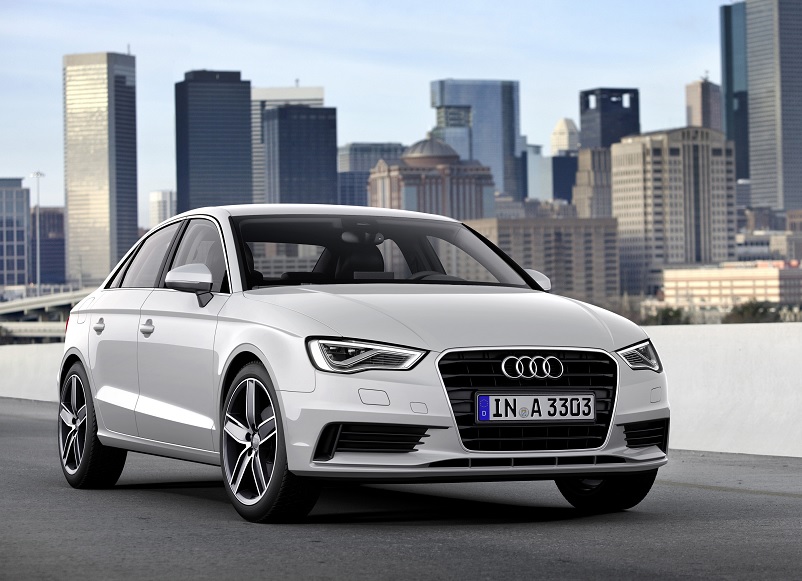 Audi has been making the A3 for nearly 18 years now and currently, in its third generation, the car has won accolades for the company.

The A3 was awarded the title of World Car of the Year by an international jury panel comprising of 69 automotive journalists from 22 countries around the world, at the ongoing New York Auto Show. This is Audi’s second World Car of the Year title, with the A6 winning the inaugural edition in 2005.

Audi A3 beat 23 other cars, which included beauties like the BMW 4-Series, BMW i3, Citroen C4 Picasso, Ford Fusion, Jeep Cherokee, Lexus IS, Mazda3, Peugeot 308 and Skoda Octavia. The car is available as a three-door, five-door Sportback, Cabriolet and Sedan. It is powered by a range of TFSI gasoline and TDI diesel engines.

The A3 does indeed look a lot like its older siblings, but has a different aura of its own, having a classic and chiselled look on the exterior and is well complemented by the modern and plush interiors.

In India, Audi unveiled the A3 at the Auto Expo in February and has plans to launch it somewhere around the middle of this year 2014. The car has been caught testing quite a number of times. To further prove that Audi sees India as a strategically important market, the company has decided to assemble locally from its production facility in Aurangabad. A3 doesn’t have a real competitor in India but it will priced in the segment of Mercedes A Class, B Class and the BMW 1 series.

Audi Cars to Get Costlier

Audi registered record sales of 10,000+ last year. But they say, they are struggling with depreciation of the rupee against the dollar (despite the fact that Rupee has gone slightly stronger in the last month). Therefore, the company has decided to increase the prices of their entire line-up by around 3 per cent. Audi believes that this is a marginal increase and would not be a big pinch to the customer’s pocket. The revised prices will be in effect from May1, 2014.