Audi India has started local production of its flagship SUV Q7 in India. It plans to build upto 1000 annual units of Q7 locally at Aurangabad in Maharashtra for local consumption.

This takes the total tally of Audi’s locally produced products to 4 which include Audi A4 and Audi A6 in sedans and Audi Q5 along with the latest Q7 in SUVs. The Q7 would be produced at a newly constructed hall at Skoda’s plant in Aurangabad. Audi also plans production of the smallest Q3 in the new hall with a floor area of 20,000 square meters sometime around mid-2013. 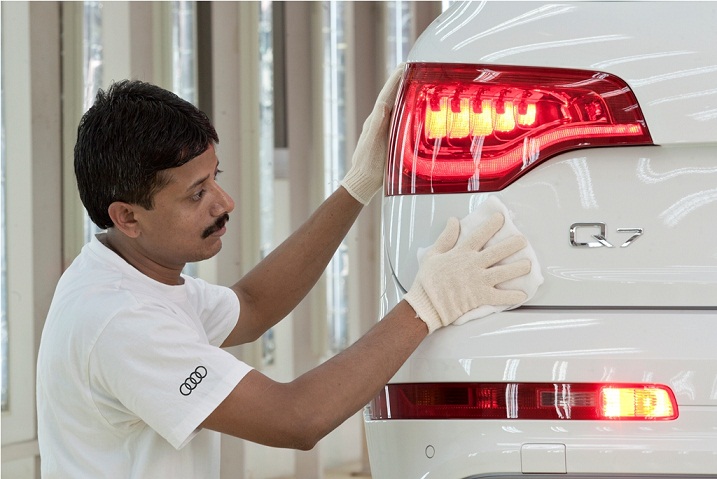 Michael Perschke, Head of Audi India.”Local production of the Q7 means Audi India is now building a second Q model locally. That will reduce waiting times for our customers and we will be able to offer a wider range of versions in the market”

Audi is also building its dealership network and has plans to take the current tally to 25 dealers by the end of this year.