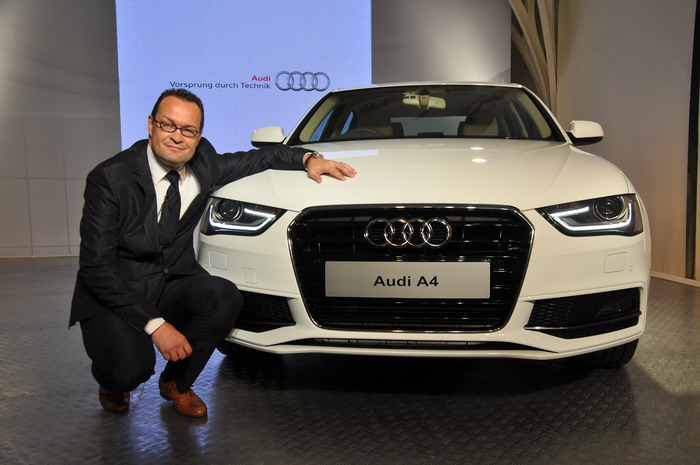 Talk about aggression and AUDI seems to be the most adhering to the tally. As we have reported in the morning, Audi has launched the next generation A4 sedan at a price tag of Rs 27.33 lakh for the base variant and the range goes all the way till Rs 38 lakhs. All prices Ex-Showroom Maharashtra.

The new Audi A4 is the first Audi which offers the fully integrated Audi Car Life product, which combines financing, service plan, insurance and extended warranty. Audi Car Life is a high convenience product for elite customers, which integrates finance, insurance, service plan and extended warranty. With Audi Car Life, customers can enjoy maximum convenience as these services can be bundled at one single EMI rate. Audi Car Life, launched with the new Audi A4, will be offered eventually with the Audi A6, Audi A8, Audi Q5 and Audi Q7.