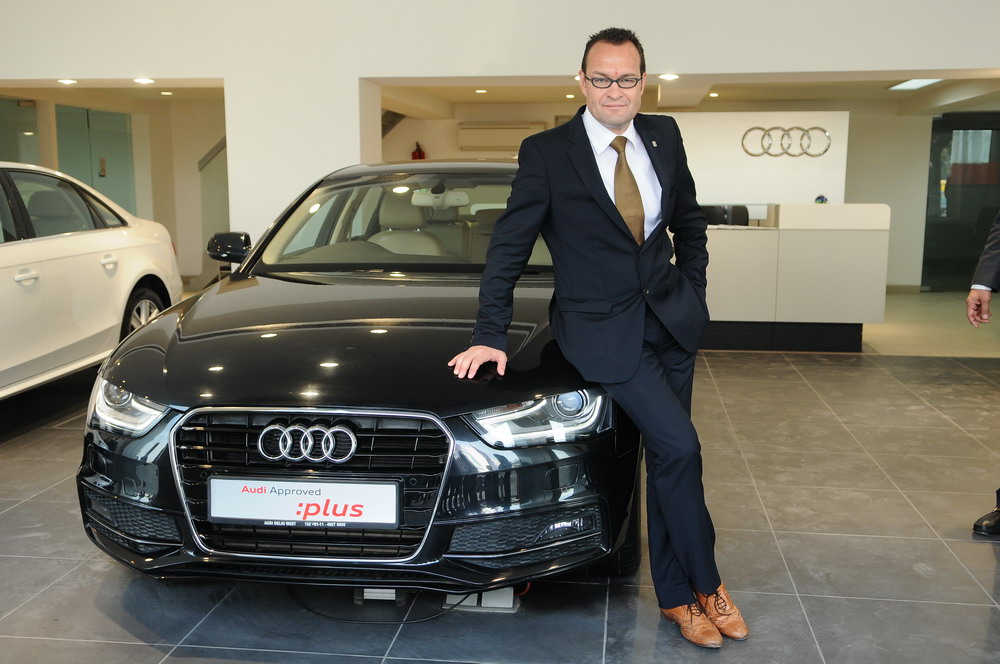 Audi has named its user car business as Audi Approved: plus. The most striking feature of buying a Pre-Owned car from Audi Approved Plus is that it would carry a 2 year unlimited kilometers warranty. This is the first time ever in this business. The cars would be tested through a 110+ check points to ensure quality and would be certified as well.

With Audi Approved:Plus you would also get additional benefits of financing, insurance and the most important – a 30 day exchange policy which is also a first time in India. Audi would introduce this pre-owned car program at 8 dealerships initially and then it would spread over to all the dealers across the country.

At this occasion, Audi India Head, Michael Perschke said, “With rising incomes and growing aspirations, demand for pre-owned Audi cars has also witnessed a significant increase in the recent past. With the increasing desire of consumers to upgrade and change their cars more frequently than ever before, a professional used car program is the need of the hour. Audi Approved: plus program is the perfect solution for all those Audi enthusiasts who want to upgrade and own the sportiness, sophistication and progressiveness that Audi vehicles stand for.”

Audi is fast spreading its wings across the nation. In a latest, the German car manufacturer has opened a new service facility in Delhi West. With this the total count of Audi service centers in Delhi reaches to 3. The facility is located at main Najafgarh Road, Moti Nagar.

This facility is spread over an area of more than 50,000 sq ft and has a capacity to service 30 Audi cars per day and has an additional 9 bays for accidental repairs.

Audi India would be closing this year on a big high as it crossed its 2012’s yearly target in November itself. Come 2013, it would be running faster to gun down BMW for the first spot, though their set target is 2015!