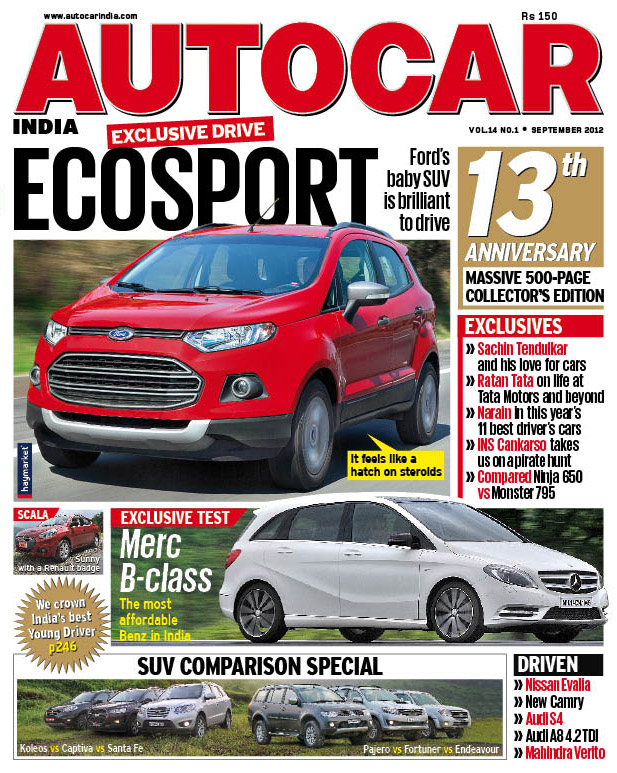 In its latest September 2012 edition, AutoCar has driven the EcoSport and they say “Ford’s baby SUV is Brilliant to drive“.

It must be known that EcoSport has already been launched in Brazil, which became the first country in the world to get it. Other media reports from Brazil also say that EcoSport is one lovely SUV to drive around with the posh qualities of a car and subtle ruggedness of an SUV, all packaged into one.

AutoCar has also seems to have driven the Brazilian Left-hand drive version and they describe the compact SUV as “It feels like a hatch on steroids“. All reports are pointing towards a fantastic product which we would get soon. Ford just needs to play a more sensible game by pricing it correctly.

EcoSport would be on our land by early 2013 and there are also hopes for an early November launch as well. We are keeping glued to all the advancements and hope we have a worthy competitor to Duster here.