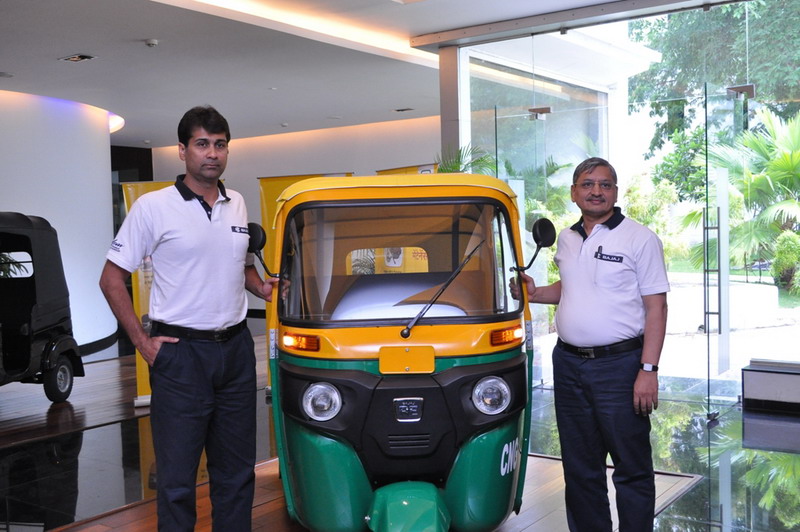 Bajaj Auto has launched refreshed versions of their 3-wheelers which now, come across with a slew of improvements and features. Bajaj is world’s largest 3 wheeler manufacturer and this step will further help them increase the lead.

Here are the main pointers and features of the new Refreshed RE Compact 3-wheelers:

The Pune based major has an 85% market share in this small sized autorickshaw segment and the company expects this new range of Compact RE’s to help them expand this leadership. Bajaj also claims that users of these 3-wheelers will be able to save upto Rs 20,000 per year with these new refreshed RE range of three-wheelers, because of the increased fuel efficiency as well as lesser maintenance costs.

Bajaj added that the new RE Compact three wheelers have undergone extensive testing including customer trials for more than 200 days with more than 100 customers testing them with varied driving styles and conditions. While the RE Compact petrol 2 stroke is powered by a 145.45cc engine which churns out a peak power output of 9PS at 5000 rpm, the 4-stroke version gets a 198.88cc motor which produces 12PS of maximum power at 6000 rpm. Both these are mated to a 4 speed gearbox + reverse gear.

RE-Compact will be launched in a phased manner across the country. And the company will also launch the diesel version of RE Compact in a few months from now.

Also Read: Upcoming Bajaj RE60 Snapped Inside Out: Details Revealed