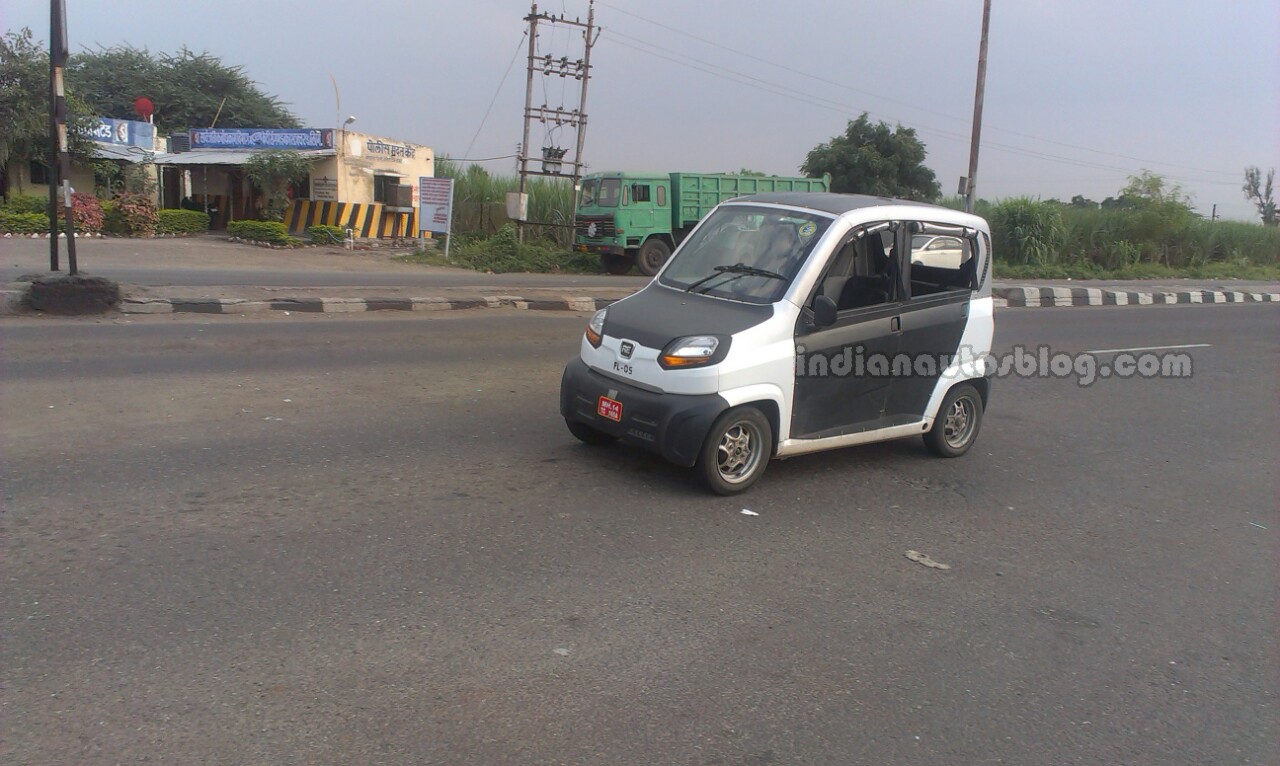 Bajaj’s attention-grabbing quadricycle RE60 continues its test-runs on the Indian streets. The latest spyshots have arrived from Aurangabad, thanks to an Indianautosblog.com reader. 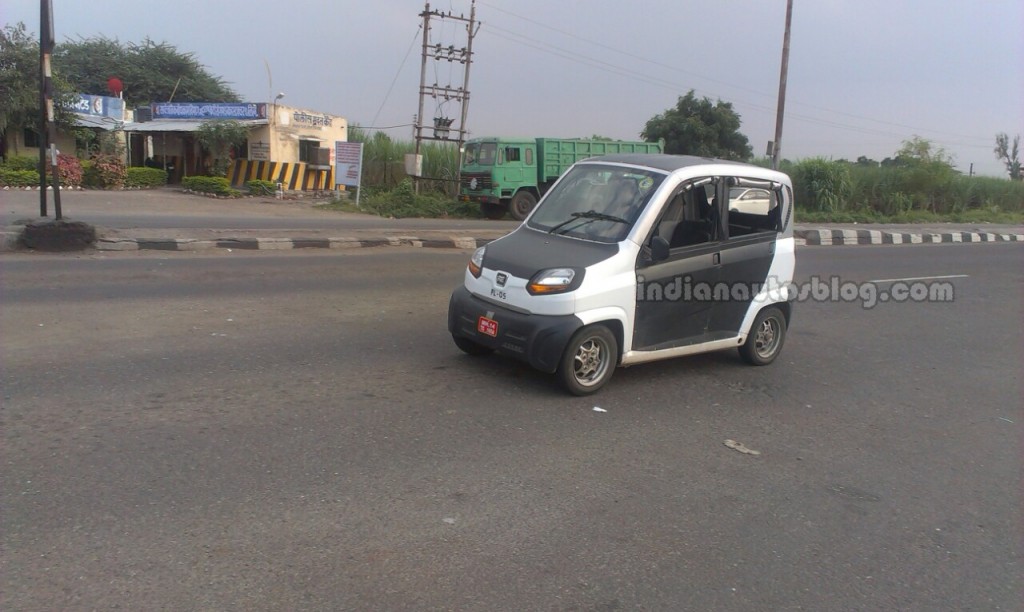 The test vehicle was not wrapped completely by camouflage. Its bonnet was concealed along with the profile, and the rest of the vehicle was left uncensored. It appears that the test mule was fitted with a different set of wheels as compared to the earlier vehicles.

Quadricycles have been witnessing a turbulent phase, with much hue and cry being raised by companies over unfair treatment being meted out by the government. While Bajaj seems to be betting heavily on the RE60, other companies like TVS and Maruti-Suzuki have appeared confused in the past. RE60 is powered by a 200cc DTS-i engine, though Bajaj is yet to announce the power and torque outputs. Bajaj says that the quadricycle weighs 450kg and has a fuel efficiency of 35+ km/l. The top-speed is claimed to be 70km/h while the carbon dioxide emissions are rated at 60g/km.

The government has let out some guidelines that will govern the manufacturing and design of quadricycles. Here are a few : It appears that the last of the above mentioned guidelines has been flouted. We can notice the drop-down flaps made up of fabric, instead of the windows.

A similar situation had arisen a few years back, when Tata Motors let out the plans for creating the People’s Car Nano. It was said that the Nano would revolutionize people’s way of travelling, and would make our roads safer by saying goodbye to the bone-jarring autorickshaws. However, the Nano hasn’t been able to make much of an impact.

Do you feel quadricycles will also suffer the same fate?? We feel it is just a passing fad.