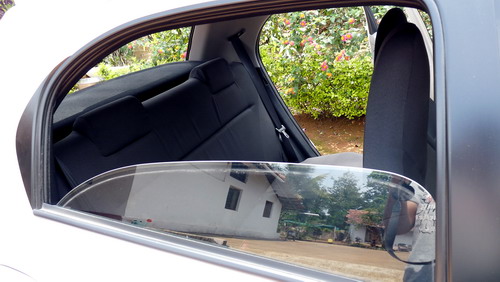 In this unique world of automobiles, after advancing in different technologies, we have several achievements at our hand to glamorize, make  attractive and give stunning guise to automobiles such as  Vinyl’s, Decals, Body Kits, Tinting and others . Unfortunately, the ‘wrong’ people have started using these for mischievous activities and these have been attributed to rise in crime rates. It’s really unfortunate that Supreme Court of India has finally ordered to remove sum films from the cars of any VLT.

Sun films are one of the many accessories preferred by one and all, firstly for privacy, secondly for comfort and for getting a better economy from their cars (Sunfilms prevent the AC from working harder and hence result in marginal saving of fuel)

Now this is a double blow for customers. First, new and old car buyers paid price ranging from Rs 500 to Rs 2500 to get sunfilms installed on their cars. And now with this latest ruling people have to shed out anything in the range of Rs 200 to Rs 1200 for their removal.

This is a big blow for owners who just got their cars tinted in the last couple of months. Nitesh Saini, from Bangalore who got his Toyota Etios GD a few months back had to spend around Rs 5100 for installation of absolutely road-legal of the then-allowed sunfilms. Now, with the police action picking up he had no option left but to get it removed from his brand new car at a price of Rs 400-Rs 500. The total comes out to somewhere around Rs 5500-5600. This is almost 1% of the cost of the total vehicle spending which he earned nothing!

Similar is the tale of thousands of others car owners who are struggling to understand this move from the apex court of India.

There is big rush throughout the country at dealers in car accessories for the removal of sun films. All the owners and dealers are muddled and the change is hardly welcomed.

Car accessory shops are minting money from this big time currently but as they could also foresee it, this is not a long lasting phenomenon and ultimately, this is possibly the last time rush on their shops for sunfilms.

Sunfilm manufacturing companies say that they invested large amounts in setting up factories and without any fault of theirs they are being forced to shut shops. These companies are planning to file a review petition in The Supreme Court to re-vise the order.

Read what people across India have to say about this latest ruling from the government here.