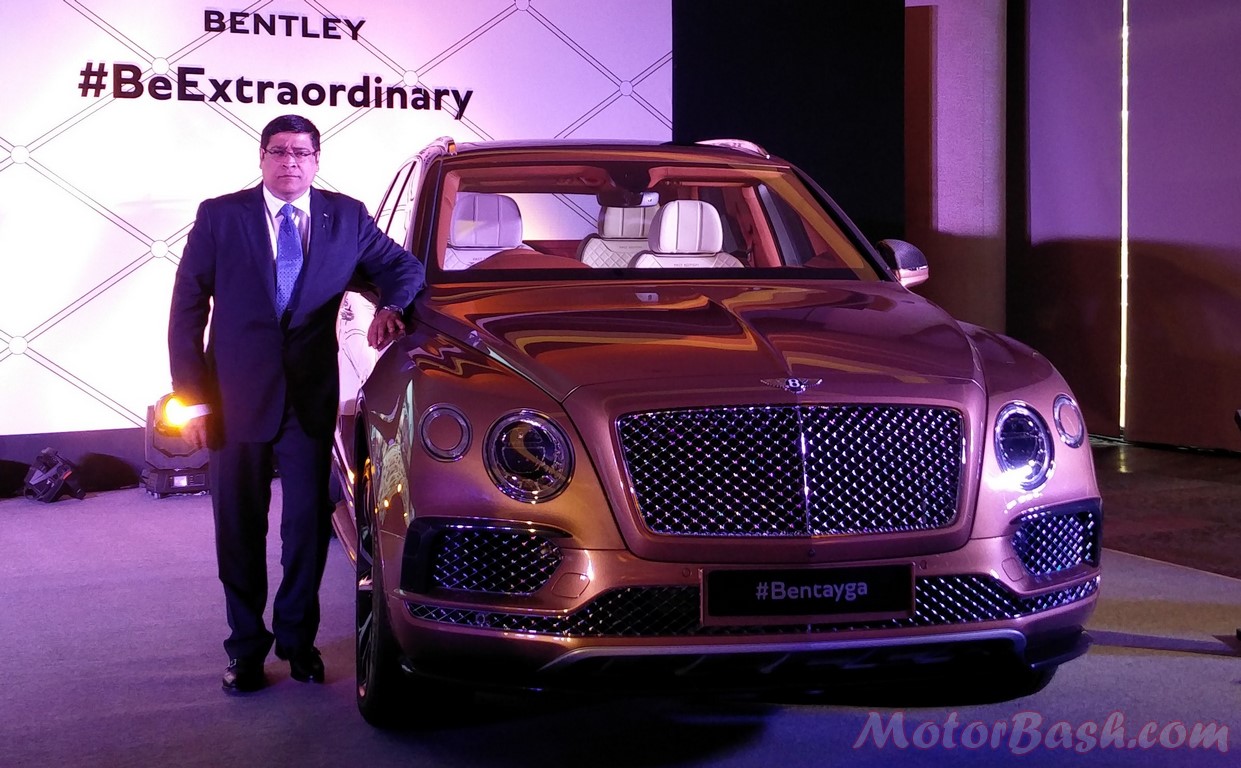 The world’s fastest SUV, Bentayga is here in India now!

Bentley today at a press conference in New Delhi has launched the Bentayga, the British automobile maker’s first ever SUV. Priced at Rs 3.85 crores (ex-showroom, Delhi), the Bentayga is one of the most expensive SUVs available in the Indian market. Designed, engineered and handcrafted in Crewe, England, the SUV oozes exclusivity.

Powering the Bentayga is an all-new 6.0 litre W12 twin turbocharged petrol mill which produces 600 bhp of maximum power at 5,250 rpm and an earth shattering 900 Nm of torque which peaks in the range of 1,250 to 4,500 rpm. Mated to this is an 8 speed automatic transmission which can propel this car from standstill to 100 kmph in 4.1 second flat. Top speed is a claimed 301 kmph! Yes, that’s supercar territory. 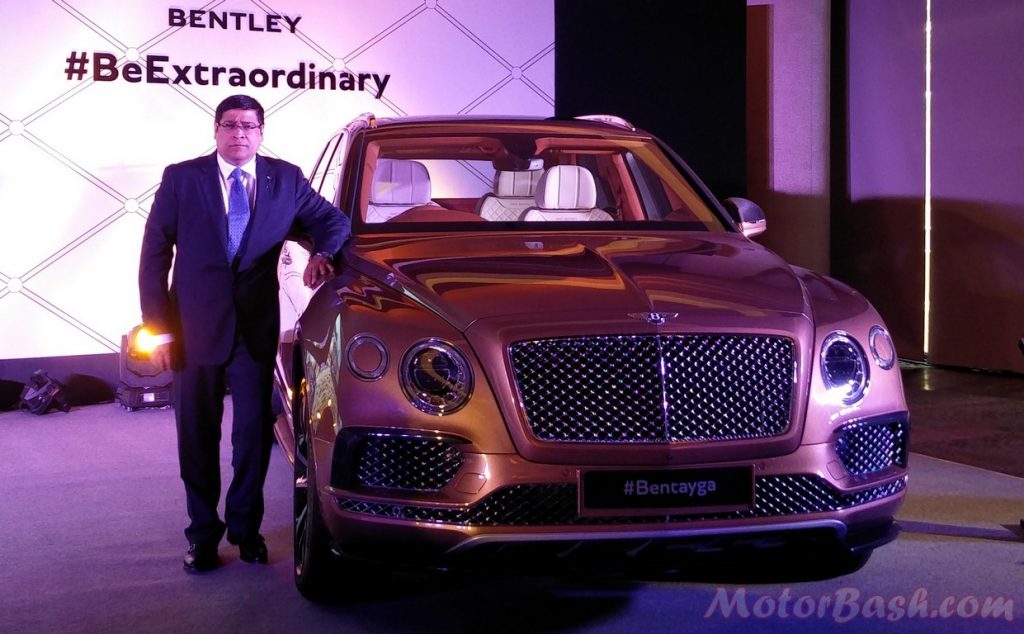 It gets a plethora of intuitive driver assistance features and Bentley’s proven all-wheel drive system which can tackle whatever you throw at it. Snow, ice, wet grass, gravel, mud trail, sand, you name it you got a mode for it! Built on the MLB Evo platform, the same as that of the new Q7, the Bentayga gets a body shell made of 60 per cent aluminium and 40 per cent high strength steel. 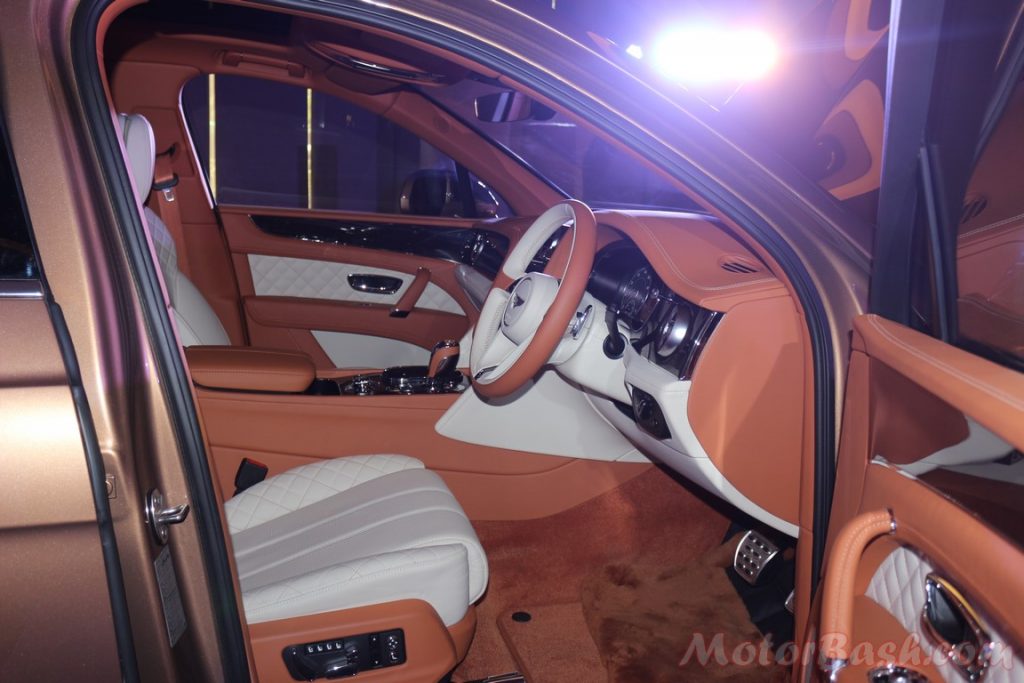 Interiors get a large multi information display, a terrain selector, engine start/stop button and an HUD. The 8 inch infotainment system supports 30 languages and has a built in 60 GB hard drive. On the outside one is greeted with a familiar looking mesh grille with rounded head lamps and LED daytime running lights. The large air intakes in the front are accompanied by a flying B side intake. 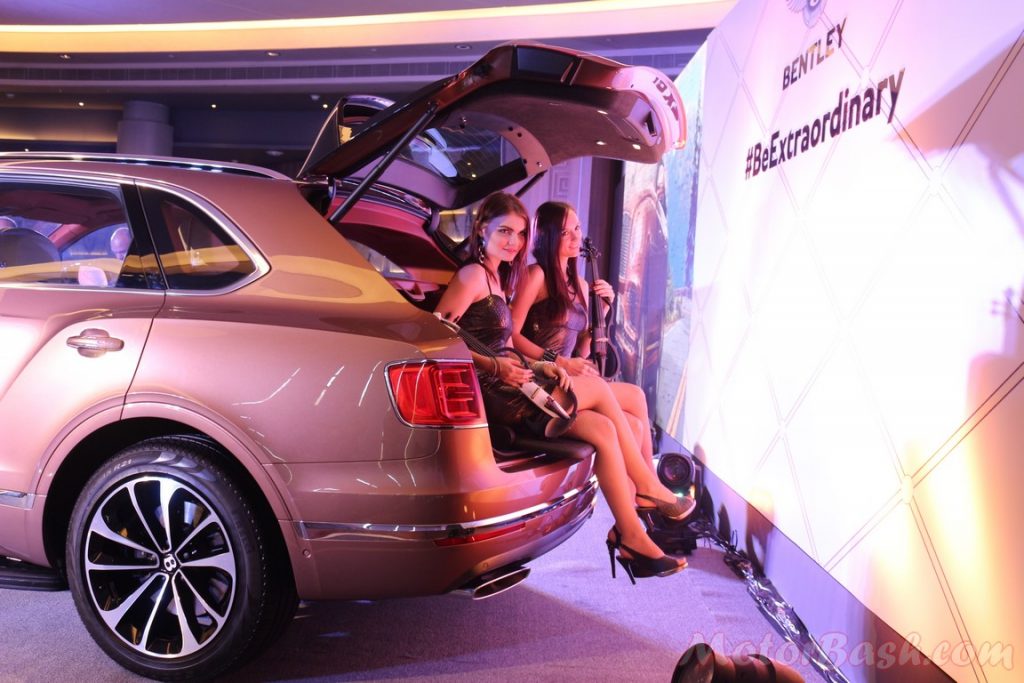 Exclusivity? Well, the company has confirmed that India will be getting more than 100 Bentaygas. Competition as such is non-existent right now although Rolls Royce is soon going to bring out its own SUV. That however is a tale for another day.