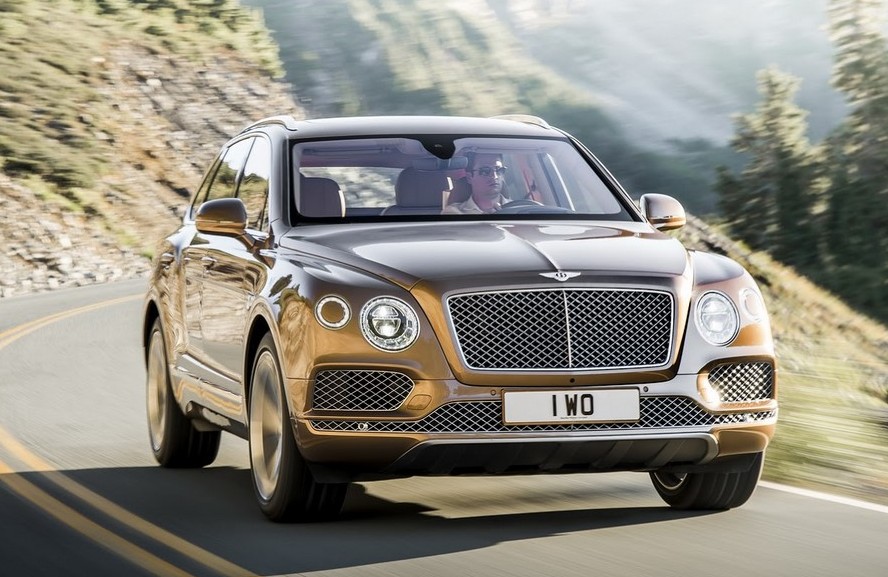 Ahead of its official Frankfurt unveil Bentley has taken the wraps off their much talked about first SUV, the Bentayga. The company calls it the world’s fastest, most powerful and most luxurious SUV in the world. While the brand has always been about exclusivity, the Bentayga somehow comes as a product which aims to expand the company’s customer base.

The Bentayga gets an all-new 6.0 litre twin turbocharged W12 engine which churns out a massive 608 PS of maximum power in the range of 5,250 to 6,000 rpm and an earth shattering 900 Nm of torque peaking in the range of 1,250 to 4,500 rpm. This helps the car sprint from 0 to 100 kmph in just 4.1 second and have a top speed of 301 kmph. Possibly built on the same platform as that of the new Q7, the Bentayga gets Bentley’s Drive Dynamics Mode as standard with an optional off-road setting. You also get to choose from 8 driving modes. The company also intends to launch a diesel and plug-in hybrid version in the future.

It uses both direct and indirect fuel injection and switching between, the car boast of new levels of refinement (claimed) and lower particulate emissions. Mated with an eight speed automatic transmission system, Bentayga also gets an efficient Start/Stop technology wherein the engine rests not only when the SUV is stationary but also when it is in near stop speeds. This helps the car gain an overall 11.9 per cent more efficiency than their existing engines. The transmission and four-wheel-drive system has been strengthened to handle the demands and high torque levels of off-road driving. 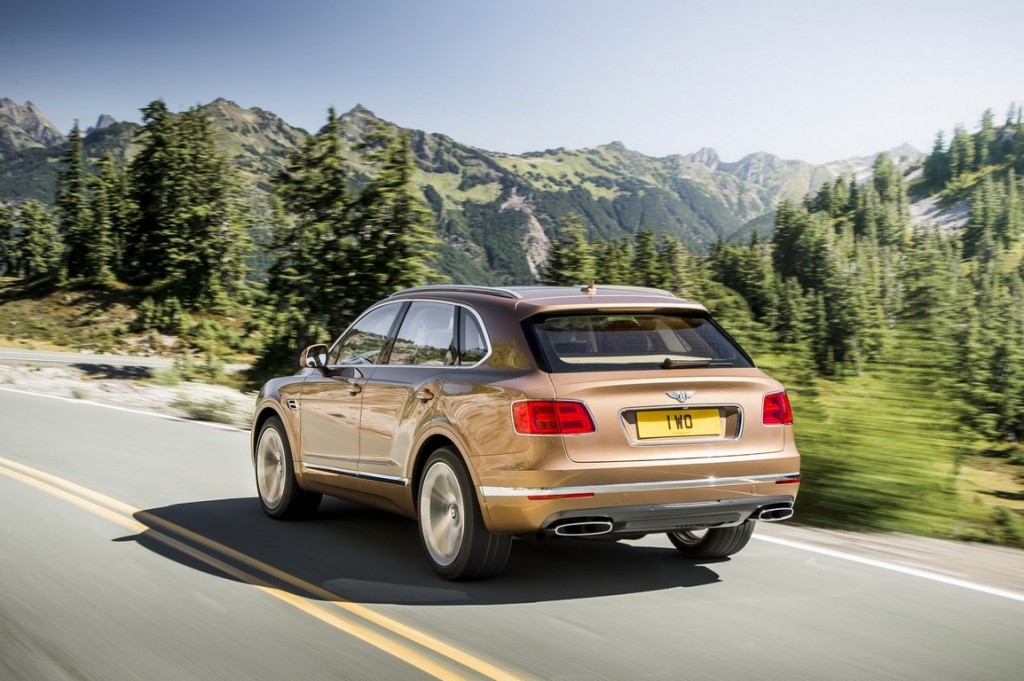 It gets the world’s first electric active roll control technology which uses a 48 volt system. Found in larger vehicles with a higher centre of gravity, this system instantly counteracts lateral rolling forces when cornering and safeguards maximum tyre contact to deliver class-leading cabin stability, ride comfort and handling. Bentley also informs that the stability systems have been fine-tuned by over 400 laps of testing at the iconic Nürburgring Nordschleife circuit in Germany. 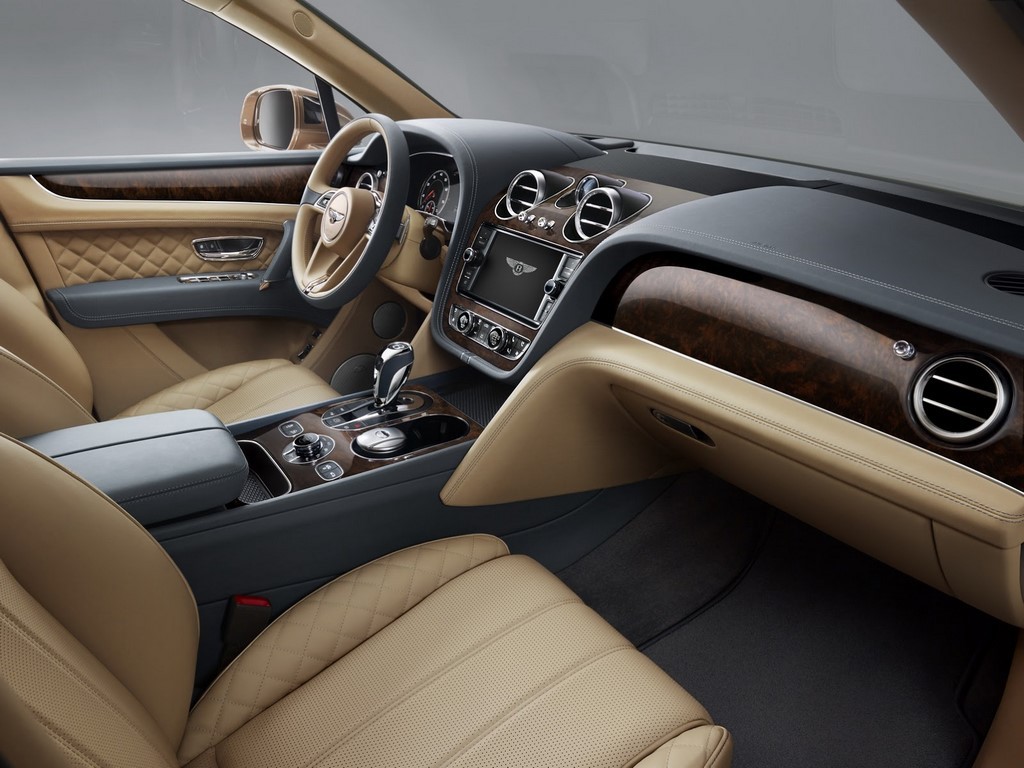 The interiors are typical Bentley with loads of hand crafted premium wood, metal and leather everywhere. The car can be bought as either a 4 seater or 5. A 7 seater version will also be available in the near future. You get a full panoramic sun roof to play with and if you are bored with that you can have fun with the 8 inch touch screen infotainment system mated with an option of three audio systems. If that does not amuse you enough you get the 10.2 inch Android Bentley tablet with 4G, Wi-Fi and Bluetooth! 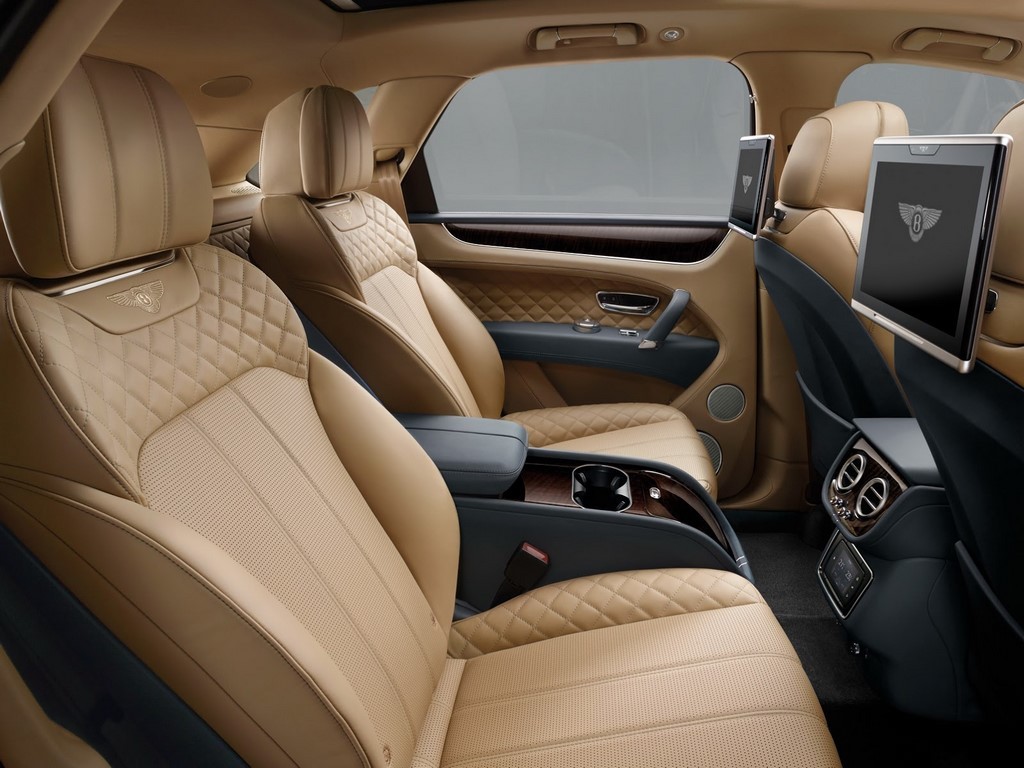 The Bentley Bentayga will also be officially unveiled in flesh at the upcoming Frankfurt Motor Show. Till then enjoy the following pic gallery…