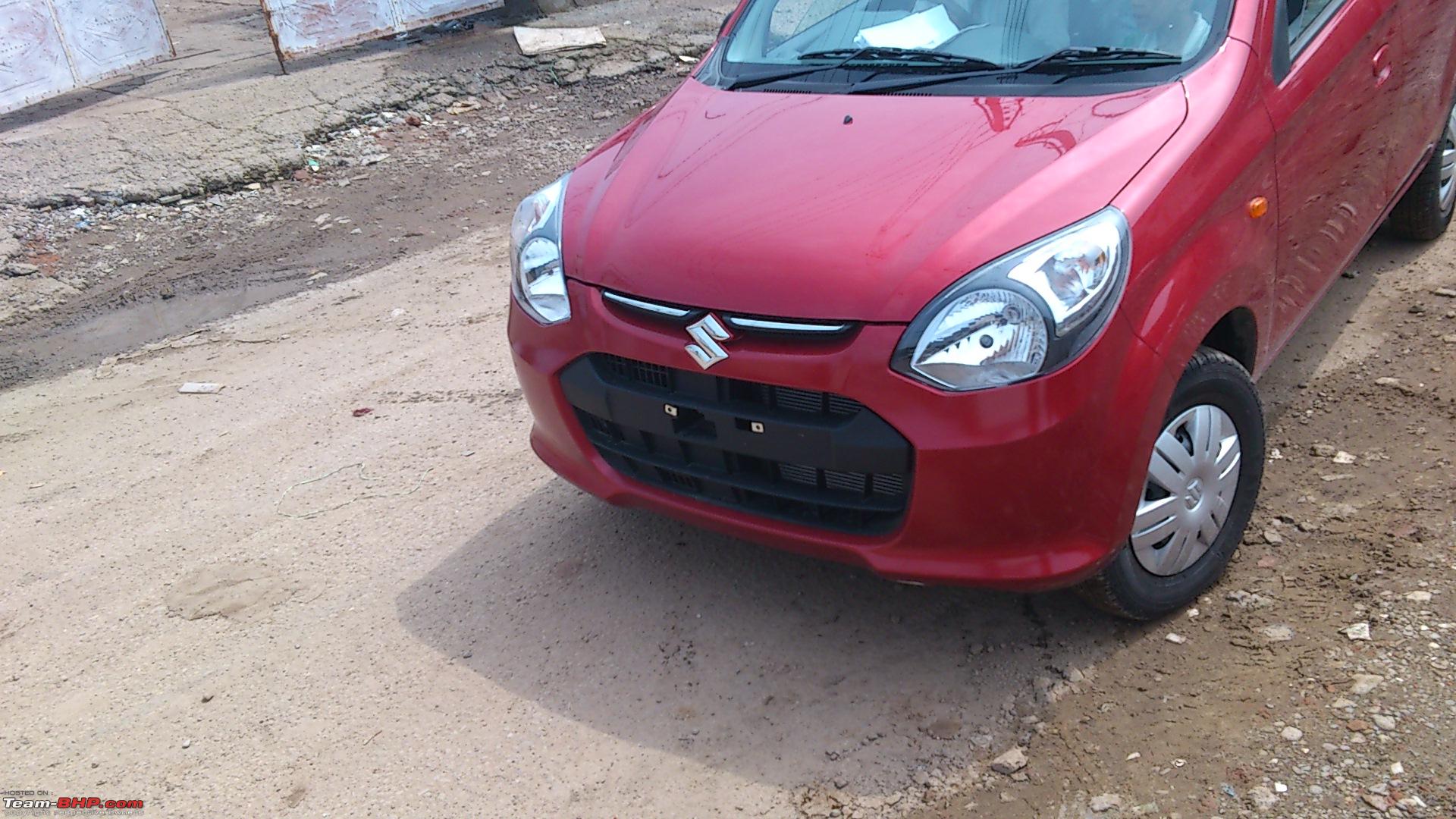 The next big small thing for the masses is about to be launched. The 800 Alto replacement called as ‘Alto 800‘ (No thats not mingling of words but that’s how Maruti has played the game) spy pics are here which reveal a startling fact.

Maruti is not really known for its safety features. Not that they do not provide it but its the ‘interest’ we are talking about. There was no ZDI variant on Swift and Ritz earlier and hence airbags were never offered on two of the largest selling cars they had. Almost all Maruti cars are under-tyred, etc!

Coming back to our point of surprise, Team-Bhp member ‘Diesel Lover‘ has posted pics of an Alto 800 which has driver-side airbags. And the model is also not the higher ‘Vs’ and ‘Zs’. It is the LXi variant which is shown with Airbags. This is also the CNG variant and these are possibly the first interior pics of the car as well. So what looks apparent from these pics:

Now this definitely is a welcome move by Maruti to introduce Airbags on mass selling cars like Alto 800. It is not known about the regular petrol version but we do pray and urge Maruti to share these Airbags on it as well. It would be interesting to see the increase in price on the new Alto 800.

Maruti can not afford a big price increase to prevent cannibalization with the bigger Alto K10 and other models. The base variant is expected to cost around 2 Lakhs.

Maruti would launch the Alto 800 around Diwali. There were some rumors about a possible launch this month but according to what we have gathered, dealers (at least in Pune) have not been trained about the new car yet.