Auto Expo 2016 also saw the world premiere of the Kwid powered by the 1.0 litre SCe engine. This bigger engine will broaden Kwid’s segment. We have driven the Kwid extensively and though we love the car for its size, proportions, SUV-ish looks and price, there is a definite requirement of more power. The 800 cc engine can only be a decent city runabout! Kwid 1.0L along with the comfort of AMT gearbox, will allow the manufacturer to target the segment leaders better and will make it an even more luring preposition.

The company has not revealed the specifics of the engine but have said that this new engine uses 4 valves per cylinder with double overhead camshaft layout. The setup ensures efficient valve lift for a higher air filling which in turn allows the engine to make more usable power across the rev band.

At the expo, the Kwid 1.0 litre variant was showcased with both a 5 speed manual transmission and an Automated Manual Transmission. Called as Easy R gearbox, the AMT does away with the gear lever completely and in place is an Innovative Shift Control Dial placed under the infotainment system on the dashboard.

This controller lets you select from three modes, reverse, neutral and drive. The gearbox optimises shifting by gauging the throttle input. It also boasts of a crawl function seen in the Nano AMT where the car can crawl forward or backward by disengaging the brake pedal. 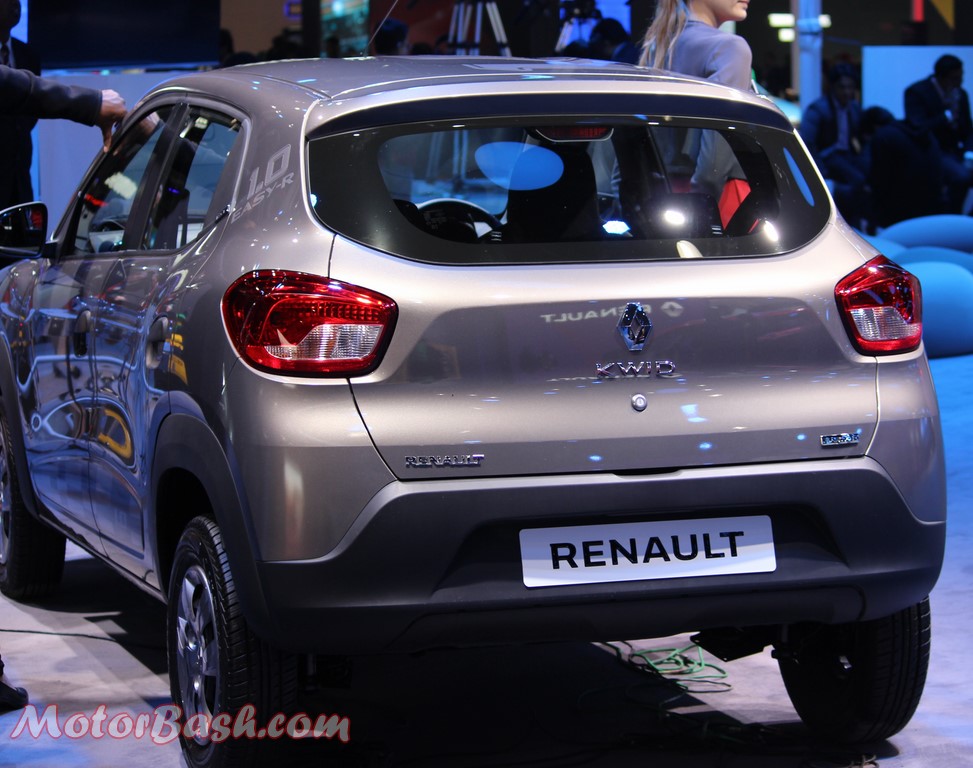 In terms of looks, nothing has changed and only decals and stickers differentiate between the current 800cc and the new 1.0 liter and AMT versions. Renault India has not specified a launch date but have said that they will launch both the 1.0 litre SCe mill and Easy R ‘sometime in the future.’